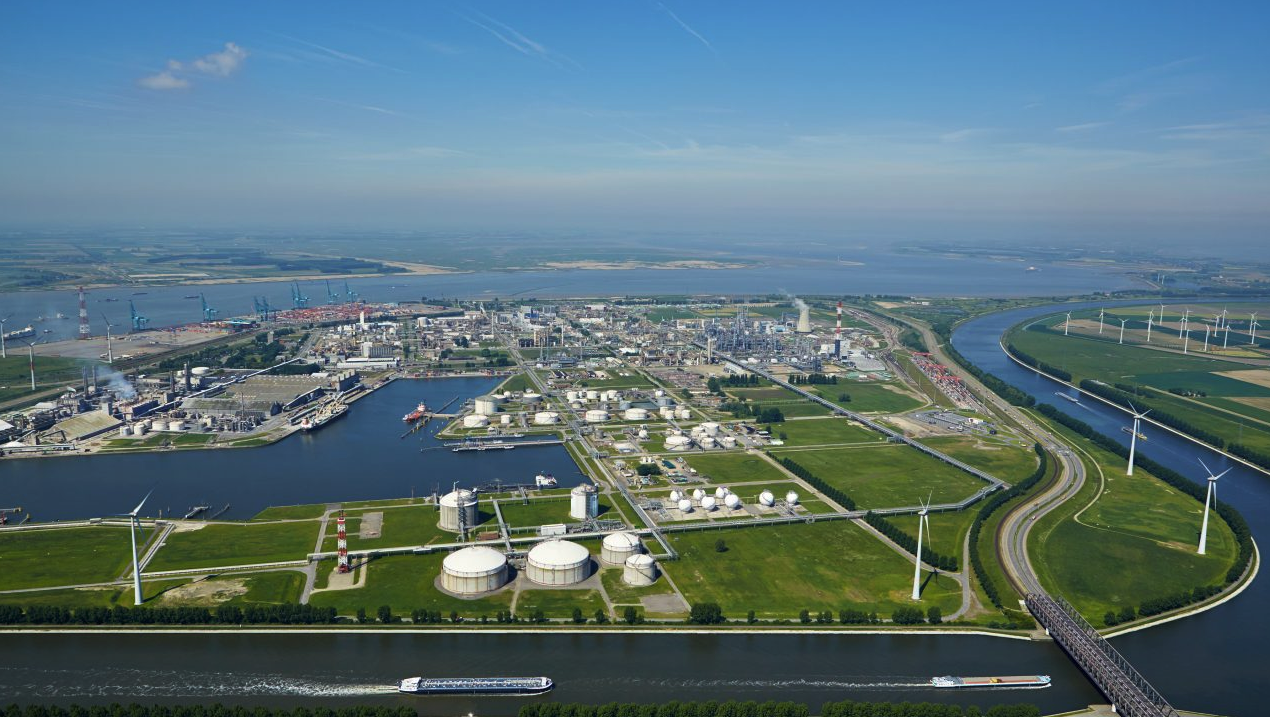 BASF Antwerp’s site is located in the northernmost part of the port of Antwerp. It is the largest chemical production site in Belgium and the second largest BASF group site in the world /BASF

The [email protected] project, the brainchild of BASF Antwerp and Air Liquide in the harbor of Antwerp for the capturing, transport, and storage of CO2 emissions in the empty gas field in the North Sea, will receive 356,9 million euros support from the European Innovation Fund (EIF). On Friday, the agreement for the subsidy was signed.

The large refineries in the Antwerp harbor and the chemical industry, mainly using fossil gas and oil, generate 18 million tons of annual CO2 emissions, more than one-tenth of the Belgian total. Therefore, achieving the European Green Deal’s target of zero emissions by 2050 will be a considerable challenge.

In November 2021, the European Commission announced that it would invest more than 1,1 billion euros in seven large-scale projects. The EIF supports projects to develop state-of-the-art technologies for energy-intensive industries and sectors, working on hydrogen, carbon reduction, and renewable energy. The seven projects aim at reducing CO2 and other emissions by 76 million tons in the first ten years.

Air Liquide and BASF want to capture and transport CO2 and store it in the empty fields in the North Sea to reduce their emission level by 14,2 million tons in the coming ten years. Both partners use and share the infrastructure they set up with five other chemical and energy companies to half CO2 emissions in the Antwerp harbor by 2030.

The plans are pretty ambitious. BASF and Air Liquide want to capture CO2 emissions from five facilities on the BASF site in Antwerp, two hydrogen facilities, two for the production of ethylene oxide, and one for ammonia.

The gas will then be transported in liquid form by ships from the port of Antwerp to the North Sea. The gas can then be stored in the empty gas fields of the Netherlands, the United Kingdom, or Norway.

‘Green harbor of the future’

“The North Sea is small, but we’re very innovative,” Belgian Federal Minister of the North Sea, Vincent Van Quickenborne, told Belga. And he referred to the large offshore wind farms in front of the Belgian coast and the North Sea’s potential for future floating solar farms at sea.

After finishing the feasibility study, the consortium has started the engineering phase to build a common CO2 infrastructure.

“In 2019, we decided to create a coalition to contribute to the solution and reduce CO2 emissions,” explained Jacques Vandermeiren, CEO of Port of Antwerp. The man also emphasized that the ports of Antwerp and Zeebrugge are ‘crucial’. Therefore, both harbors will merge on April 28th. “Because we have the ambition to become the European green harbor of the future.”