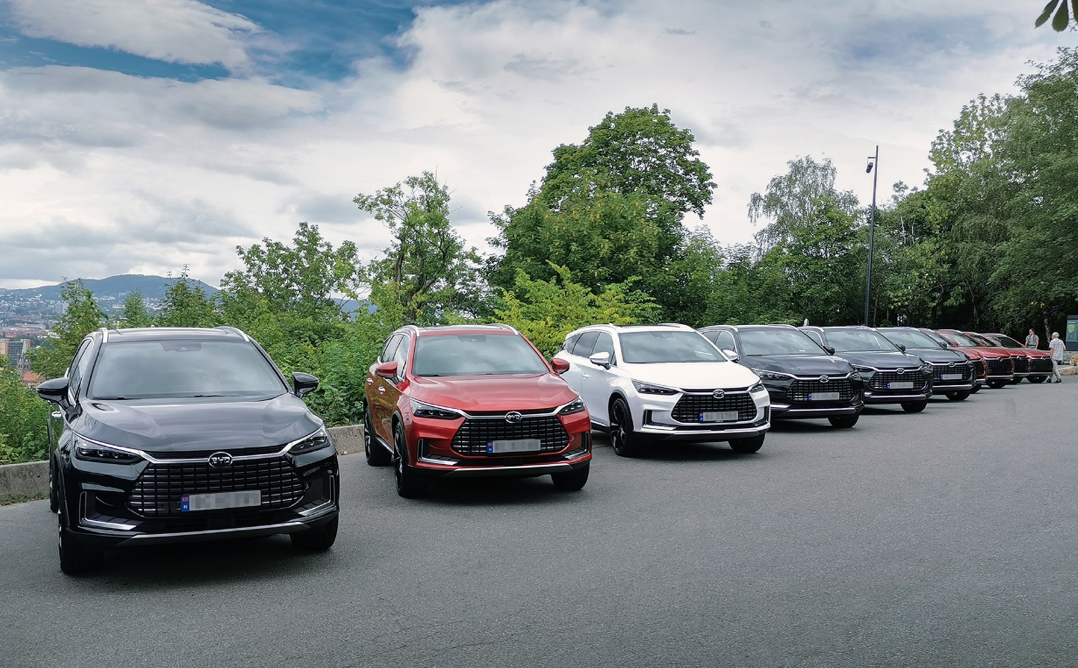 China’s second-biggest independent automaker next to Geely, BYD or Build Your Dream in English, announced on Sunday that it had stopped ultimately making cars with only an internal combustion engine (ICE). BYD will only continue to produce smaller ICE engines for its plug-in hybrids, next to battery-electric models, the sole focus left.

On Twitter, BYD claimed it’s the first company in the world to stop the production of (purely) fuel-combusting vehicles. In 2021, sales of BEVs and PHEVs from BYD outnumbered its ICE car sales. BYD is now wholly dedicated to what the Chinese call ‘NEVs’, New Energy Vehicles.

With Volvo, Ford, General Motors, Mercedes-Benz, and Jaguar Land Rover, BYD signed a global campaign to phase out combustion engines by 2040. Volvo Cars, owned by Chinese Geely, is committed to becoming a leader in the fast-growing premium electric car market and a fully electric car company by 2030.

By then, the company intends only to sell fully electric cars and phase out any vehicle in its global portfolio with an internal combustion engine (ICE), including hybrids. Today, it still has a range of mild hybrids, ICE cars that are partially electrified but not plug-in rechargeable.

BYD chairman and president Wang Chuanfu said in June last year that “from the perspective of domestic and foreign environment and resources, the general trend of NEVs replacing fuel vehicles is already set.” 2021 was a record-breaking year for BYD, with 593 745 new energy passenger vehicles sold globally.

Wang believes there will be a long transition phase in developing the NEV market, from plug-in hybrids to pure electric vehicles. Last month’s sales were 53 664 pure EV and 50 674 plug-in hybrid cars. That’s quite an acceleration compared with March last year, when 24 218 NEVs were sold in total.

In Europe, BYD is primarily active as an electric bus manufacturer. In June 2021, BYD handed over the first units of its all-electric SUV model Tang to customers in Norway. Until now, that’s the only country BYD is selling its EVs in Europe. It’s priced at NOK 599 900 (€62 169).

The Tang is a large SUV designed by Wolfgang Egger. It initiates a new design era for BYD. The vehicle features BYD’s in-house developed and produced Blade battery – an LFP battery with extensive cells installed directly into the battery pack without a module.

The energy capacity in the Tang EV 2021 is 86,4 kWh, a little more than in the 2020 model year. The range is 400 kilometers, according to the combined WLTP cycle, and 528 kilometers in the WLTP city cycle.

In China, BYD offers more than then passenger car models. An interesting one is the new compact city car, the Dolphin, announced in August last year. It’s cheap to Western standards (96 800 yuan, or €12 685, after subsidy by the government), but high-tech.

The Dolphin is offered in two versions: the base model gets a battery of just 30,7 kWh, driven by an electric motor of 70 kW. The range is just above 300 kilometers, according to (optimistic) NEDC.

Fast-charging the smaller battery can be performed at 40 kW, meaning it doesn’t take more than half an hour to reach 80% refill. Three more versions are being launched, all built around a 44,9 kWh power storage unit. This battery can be fast-charged at 60 kW, equaling the charging time of the base model but topping its range with 100 kilometers more.