Herz to buy 65.000 Polestars in next five years 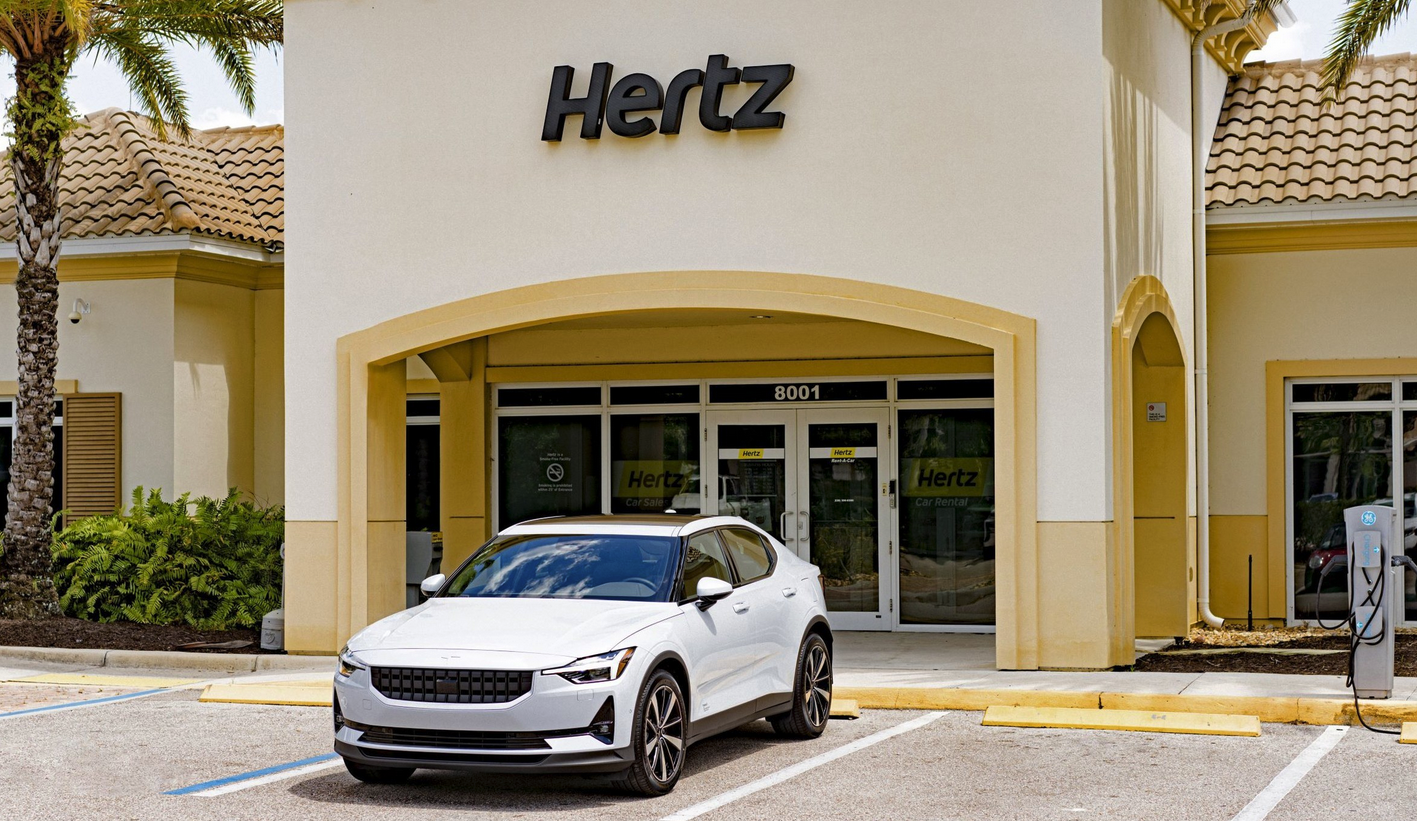 Car rental giant Herz is buying 65 000 fully electric Polestars in the next five years and will start offering them in Spring 2022 in Europe and end this year in America and Australia. It’s a massive deal for Polestar, as the latter reached its global sales target of 29 000 vehicles in 2021 and expects to double that in 2022.

Part of those Polestars Herz will rent to ride-hailing drivers, like the rental giant announced last year to do in North America with 50 000 out of 100 000 Teslas ordered. Uber drivers pay €299 to $334 per week for a package that includes a Model 3, insurance, and maintenance.

One of the broadest EV choices worldwide

Hertz plans to offer the most extensive choice in EV rentals in the US and ‘one of the largest’ worldwide. “In addition to making the fleet available to its business and leisure customers, Hertz is extending EVs to rideshare drivers as a way to accelerate electrification further,” says the company.

For a ride-hailing company such as Uber, it’s a big step toward achieving zero emissions by 2040. It offers EV drivers up to $1,5 more for a ‘Uber Green Ride’, available in both the US and Europe.

“By working with EV industry leaders like Polestar, we can help accelerate the adoption of electrification while providing renters, corporate customers, and rideshare partners a premium EV product, exceptional experience, and lower carbon footprint,” says Stephen Scherr, Hertz CEO in the press release.

Initially, the deal announced on Monday by Herz and Polestar applies to the Polestar 2 sedan and other models like three new cars in the coming three years, starting with the Polestar 3 SUV. Polestar expects to sell 290 000 vehicles per year globally by the end of 2025.

The Polestar 3 to come on the market soon, in 2022 somewhere, is targeting a 600 km range. The company itself speaks about ‘a Luxury Aero SUV’ based on the SPA2 platform. Volvo would also use the latter for the fully electric XC90 successor.

Meanwhile, Polestar is developing a new electric motor and battery pack with an 800-Volt system. The drive system, which is to be used exclusively by Polestar, probably makes its debut in the Polestar 5.

The Polestar 5 is expected for 2024 and will be the range’s flagship. It’s a sedan-like car like the recently shown Precept concept, and Polestar wants to put it in comparison (also price-wise) with cars like the Porsche Panamera.