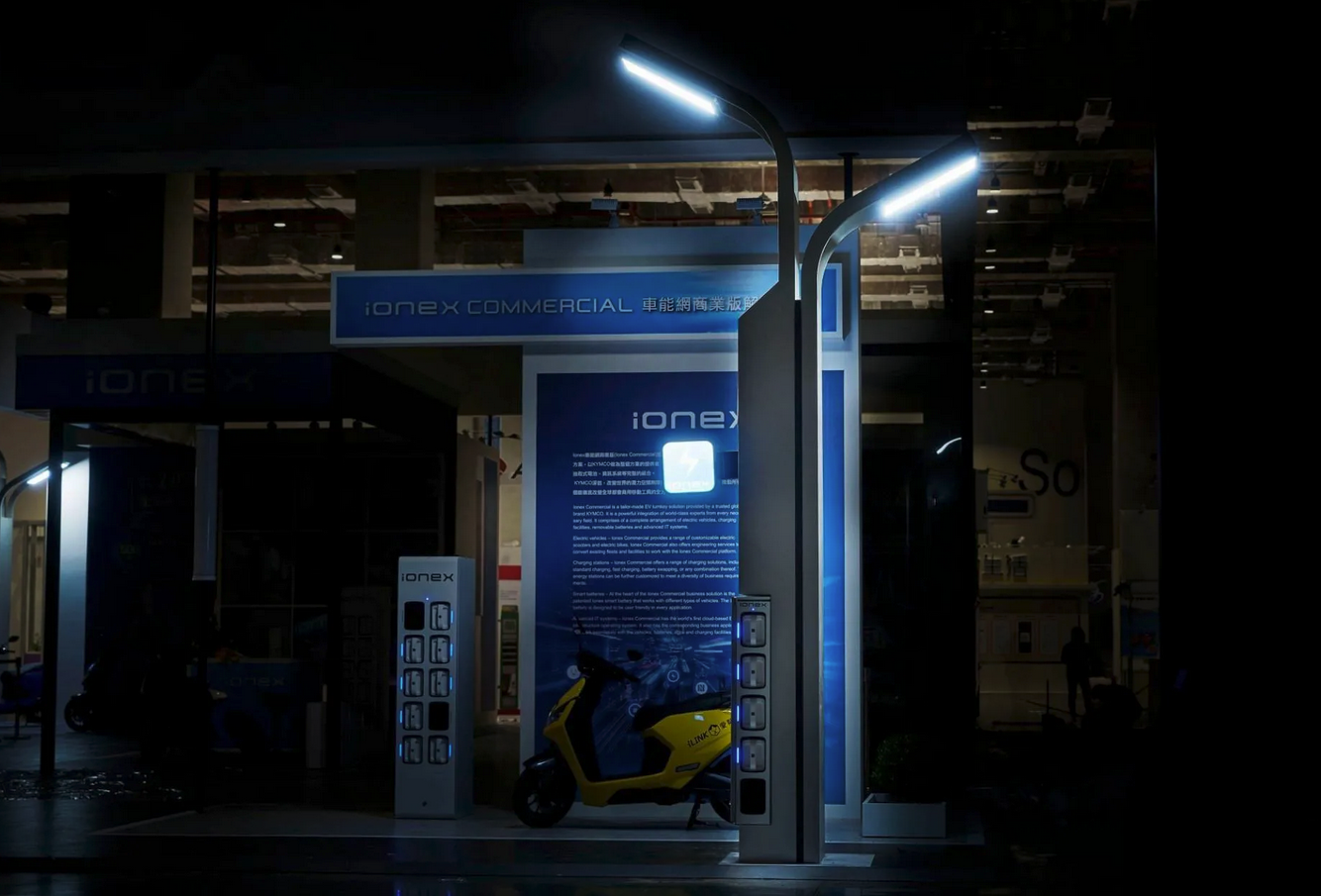 By incorporating an Ionex swap station into urban street lights and traffic lights, eventually charged by solar, you can keep them operational at all times. The idea originated after two large-scale power outages in Taiwan in the past two years.

It is cheaper than cities having to install uninterrupted power supply (UPS) batteries themselves. “With the Ionex Smart Streetlights system, a battery station has multiple functions with only limited space required. Therefore, we can provide a solution that mutually benefits the smart city operators and consumers,” says Kymco. It turned out that with the major blackout last month, Kymo’s competitor Gogoro was able to keep thousands of its GoStations battery swapping stations alive for several days off-grid, while five million Taiwanese were out of power for almost a day or longer. Even classic gas stations closed down as the (electric) pumps didn’t work.

In 2015, Gogoro started a public charging network with battery swap stations that can hold a dozen up to hundreds of scooter batteries. They are charged generally by the grid but can keep themselves operational in case of a power failure.

And by now, the company operating in six major Taiwanese cities already has more than 400 000 users. According to Gogoro, 28% of all two-wheeled vehicles sold in Taipei last December were Gogoro-powered, the best sales month ever.

Gogoro not only outsells Kymco in electric scooters but has also far more swapping stations. Battery swapping has become increasingly popular among scooter drivers in Taiwan.

Scooter riders – both owners and users of shared scooters – can swap their batteries at a kind of power wall where charged batteries sit ready 24 hours a day, seven days a week, and where empty batteries slide in.

In this way, a battery swap is faster than traditional refueling. What’s more, since the introduction of the system, there are now more ‘power walls’ where people can swap batteries than fuel stations in cities where the system is well established.

Last year in December, news broke that Kymco’s parent company Kwang Yang Motor Co intends to spin off its Ionex electric brand into a separate company to go IPO on its own, following the example of Harley Davidson’s LifeWire spin-off.

Harley Davidson announced it wants to list on the New York Stock Exchange in 2022 with the help of a significant investment from Kymco and via a SPAC merger with exchange shell AEA-Bridges Impact Corporation (ABIC).