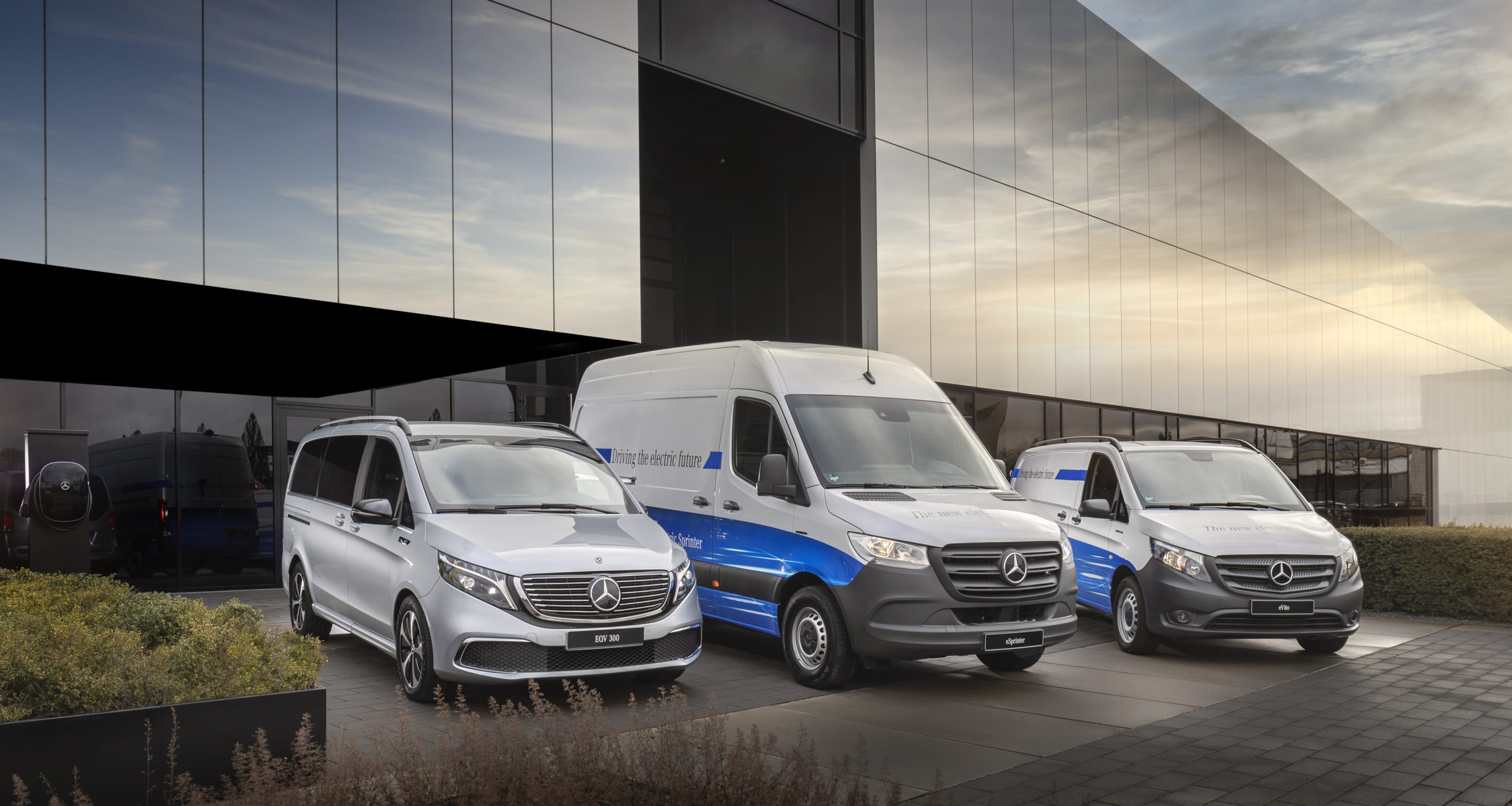 Mercedes Vans currently has three fully electric models in its portfolio. Later this year, the compact eCitan will be added to the range /Mercedes

Mercedes announced today that it has reached the milestone of 25 000 pure electric vans. It’s an important goal for the German manufacturer because it is determined to become a leading manufacturer in the field of fully electrically powered vans.

“At the end of 2021, we were the market leader in the midsize and large van segment,” Mathias Geisen, Head of Mercedes-Benz Vans, states. The manufacturer wants to build on that leadership position with the arrival of the eCitan, which will be launched later in 2022.

Mercedes Vans currently has the eVito and the eSprinter in its range, and the midsize eVito is currently the best-selling electric model. Based on the eVito, there is also a passenger car derivative, the EQV, similar to the luxury V-Class. In addition, a passenger car version of the compact eCitan will follow and be called EQT. The eCitan is based on the Renault Kangoo.

Mercedes Vans is not a novice in electric vans, as the first limited series of the Vito E-Cell was built in 2010. The current eVito has been around since 2017, the large eSprinter entered the market in 2019, and the luxurious EQV was added to the portfolio in 2020.

Production of the next generation eSprinter will start in autumn 2023, and it will be built in the US (Charleston) and Germany (Düsseldorf and Ludwigsfelde). The manufacturer is investing 350 million euros in developing the new eSprinter.

Part of the budget, 150 million, is to adapt the three production lines, which are to operate CO2-neutral from 2022 onward. In addition, Mercedes wants to evolve toward an all-electric strategy that phases out internal combustion engines by the end of this decade.

Electric vans do not fit the usage profile of every professional, on the one hand, because of the smaller driving range compared to a classic (diesel-powered) vehicle. On the other hand, however, many vans make local deliveries and cover relatively few kilometers every day.

This usage profile, typical for couriers and parcel delivery services, is highly suitable for electric propulsion. However, another tricky point is the higher weight of this propulsion system. In addition, the battery capacity needs to be increased to give the van reasonable autonomy, which adds weight.

This limits the loading and towing capacity of these vehicles. Another problem is that more and more cities, where electrically-powered cars can make a difference in air quality, are banning vehicles with an MTM of over 3,5 tons, which becomes difficult for a large electric delivery van in combination with a trailer.

Several manufacturers are also working on hydrogen solutions to combine the advantages of an electric drive with lighter hydrogen technology (fuel cell + hydrogen tank). Vans also lend themselves perfectly to this solution because there is always enough space to mount the tanks.