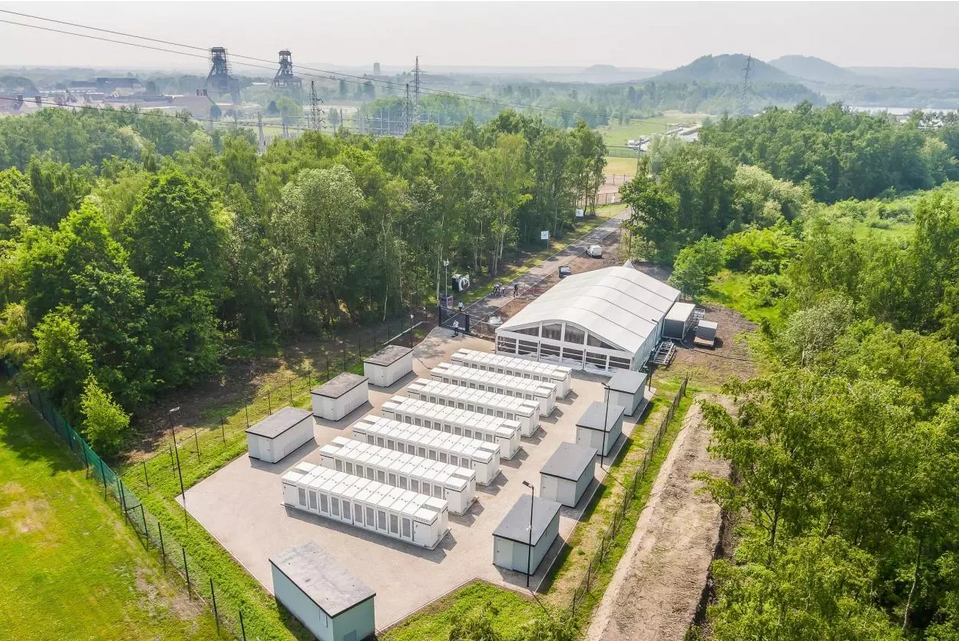 A total of 140 Tesla batteries are delivering power to the Terhills holiday park on the former mining site of Eisden (Dilsen-Stokkem), but are used by high-tension grid manager Elia as backup power when shortages threaten /Terhills

RWE initially was going to build a gas power plant of 920 MW on the Rotem industry park. Still, the Limburg provincial executive and Flemish Minister Zuhal Demir refused to deliver a building permit. According to Het Belang van Limburg, which broke the news earlier this week, RWE dropped the gas plans and filed a backup battery building permit request instead.

RWE is pulling back its appeal against the refusal of the gas plant’s permit and says it takes a different tack with the battery, as suggested by the resident’s action group. The latter gathered 4 000 signatures against the gas power plant and is now thrilled the German energy giant actually follows its alternative suggestion.

The primary purpose of such a stationary backup battery is to stabilize the grid by storing cheap electricity when the production of windmills and solar is high and delivering it back to the net at a higher price when shortages are occurring. The planned battery can provide 800 MWh, the equivalent of supplying 800 000 households with electricity for one hour.

That’s a lot of electricity and the largest capacity planned on the European continent. Remember the 100-megawatt super-battery in the State of South Australia Tesla delivered in 2017? At that time, this Hornsdale Power Reserve was of a size never seen before.

Elon Musk outsmarted 90 competitors willing to deliver a super-lithium ion battery by betting that he could accomplish this in less than 100 days. Or else the South Australian government was to get it for free.

Today the 100 MW battery of Zenoby Energy in Capenhurst near Liverpool (UK) is the biggest on the continent. But that is still four times smaller than the world’s biggest today, the 400-MW/1,600-MWh battery energy storage system of Vistra in Moss Landing, California.

In Belgium, the biggest backup battery operational today is the one in Eisden, with a capacity of 18,2 MW. One of the world’s largest zinc smelters, Nyrstar, is building one with a 25 MW capacity in Balen, near its factory.

Belgian high-tension grid manager Elia uses the virtual power plant in Eisden, owned by the vacation park Terhills on the former mine site of Eisden, in a so-called Primary Reserve to keep the grid’s frequency in balance continuously. The Secondary Reserve kicks in with extra power when long-lasting electricity consumption peaks threaten to exhaust the grid.

Terhills covers approximately 356 ha on the former Eisden mining site in Dilsen-Stokkem and Maasmechelen, on the edge of Belgium’s only National Park ‘Hoge Kempen’. In 2011, Terhills NV, a Limburg Investment Company (LRM) subsidiary, started transforming the site into a unique tourist destination.

To be energy-independent from the grid, LRM invested €11 million in the 140 Tesla batteries managed by Centrica Business Solutions (before REstore). Apart from providing the holiday park that is still under construction with electricity, the facility is used by Elia for stabilizing and backup power for the Belgian grid.