The difference between a charging and a parking space 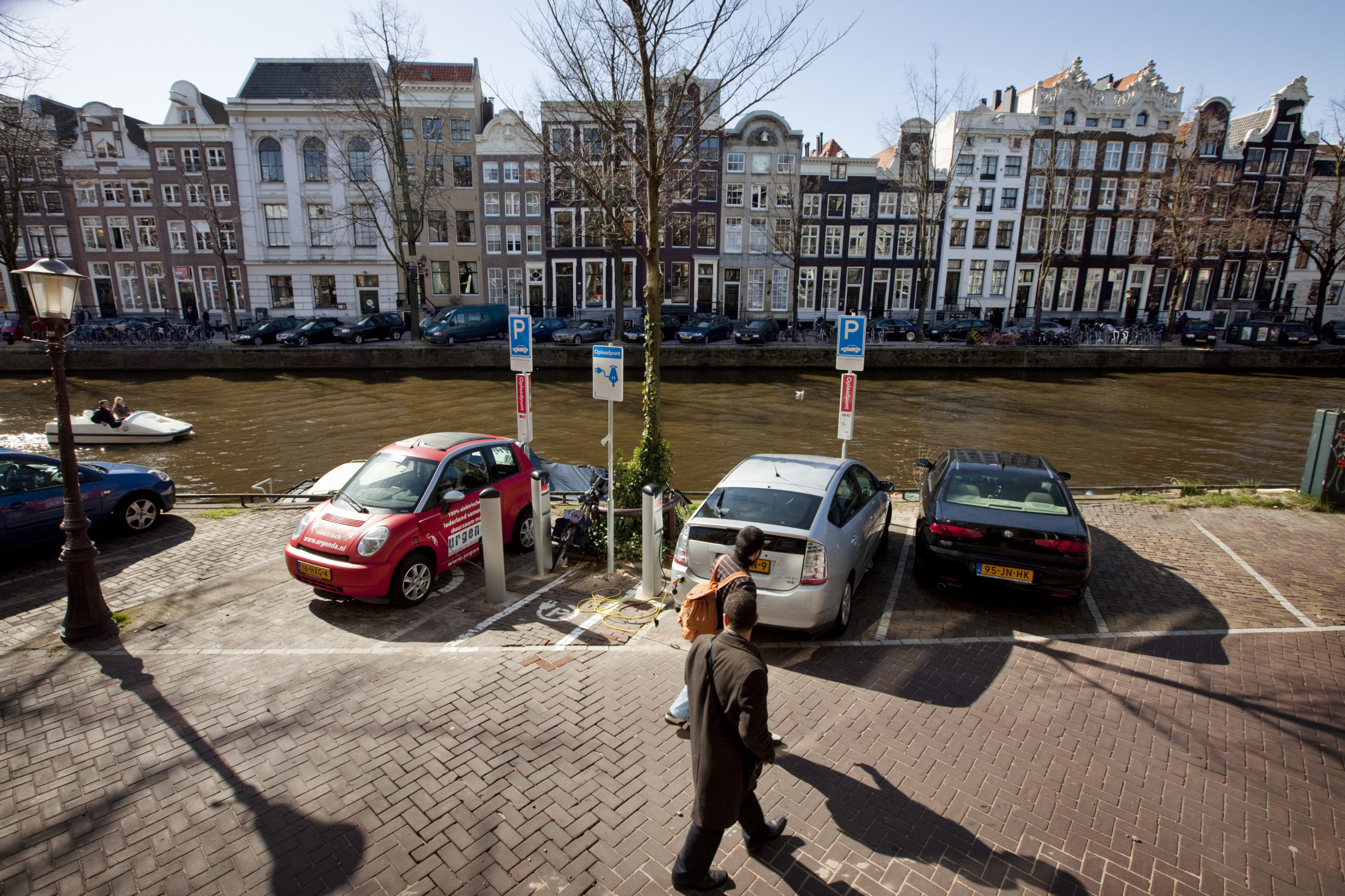 The Netherlands, A public charging point for two electric cars and one electric bicycle issued by the municipality of Amsterdam /Hollandse Hoogte

As the number of electric vehicles (EVs) is growing, the need for clear charging rules is rising too. For example, in Arnhem (north of Holland), a court has condemned an EV owner to finally pay the fine he got in 2020 for occupying a charging point for too long.

The EV owner had refused to pay a fine of €95  imposed upon him by the commune of Noordwijk in 2020. His car was parked more than two hours at a charging point after the charging pole had indicated that the car was already fully charged.

According to the communal parking rules, occupying a parking space near a charging point for a long time while not charging (anymore) is not permitted. The car owner disputed his fine, but the judge now ruled that he should have moved his vehicle once the car was fully charged.

The court added that the charging point usually indicates in advance when a car will be fully charged and that the car owner could himself calculate how long it would take to charge his vehicle.

In the Netherlands, there are far more EVs and charging points than in many other countries. So the Dutch were confronted with the problem of the too-long occupation of charging points by EVs much earlier. They already have a word for it: ‘laadpaalklever’, freely translated as ‘charging point sticker’.

The problem is not new and will undoubtedly increase when EVs become more common, especially when the rate of public charging points isn’t entirely following the pace of EV increase (as is the case in Belgium, for example, but can be applied to the whole of Europe when we look at the ACEA figures concerned).

Authorities will have to find a suitable solution to the problem as soon as possible because the situation will be degrading otherwise. But, unfortunately, it’s not that easy to cure, either. This can become a real problem, especially in urban areas, where inhabitants can’t have their own charging points and rely on public ones to charge their cars overnight.

Controlling the possible infringement is rather cumbersome, too, even though parking wards are constantly patrolling the streets. But how does one determine ‘too long’ at a charging point? One hour after getting fully charged, two hours, more…?

Maybe the most intelligent solution is that an EV, when charging at a public charging point, is not taxed for using the parking spot but that the parking fee is much higher than for a regular parking space once the charging has been completed.

It implies that charging points also become parking meters, but in this digitized era, that shouldn’t be a problem. Nevertheless, when we see how difficult it is to give clear and transparent information on charging to the customer and also to be able to charge at all public charging stations with one single pass, we’re afraid we will still be referring to this issue for quite a long time in the future.