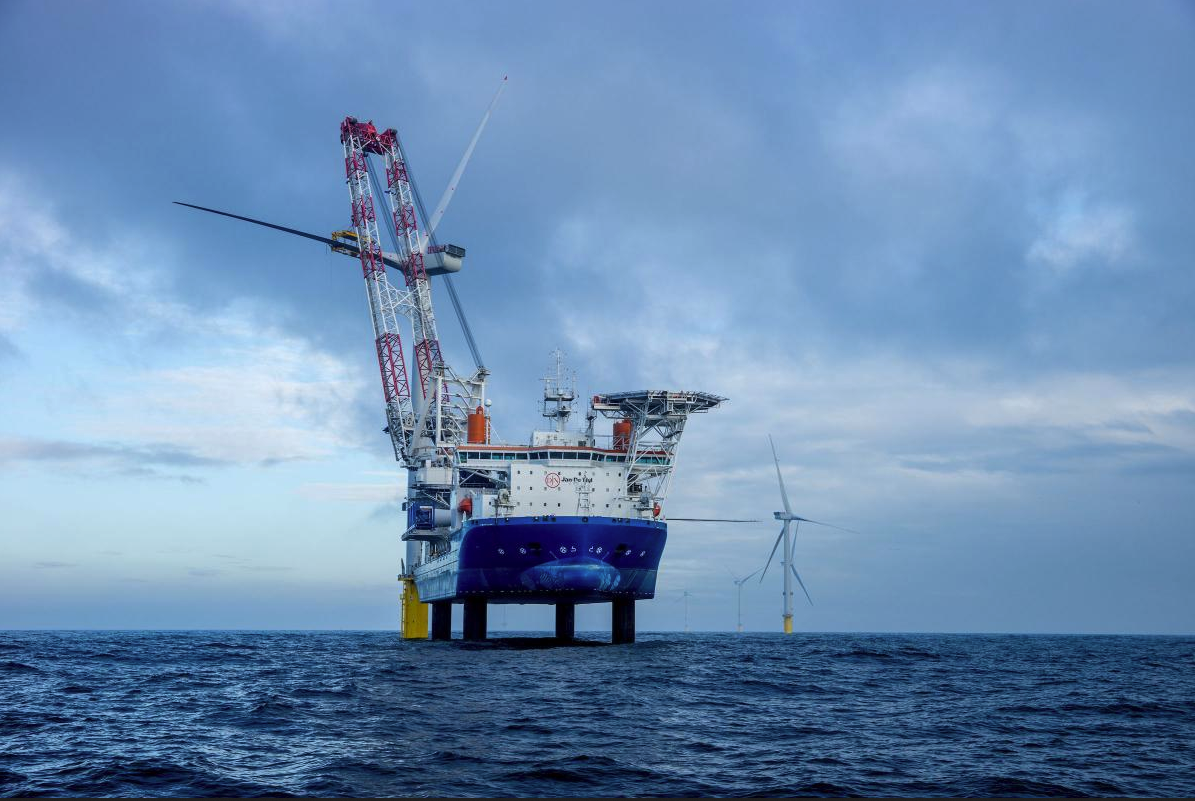 The exact location of France’s first offshore wind farm is the Banc de Guérlande, in the northern part of the Bay of Biscay /jandenul.com

De Nul’s jack-up vessel ‘Vole au vent’ will transport the 80 wind turbines of 6 MW each to the installation platform at sea, 12 km offshore. The farm’s exact location is the Banc de Guérlande, in the northern part of the Bay of Biscay.

The installation of one turbine takes about 24 hours, depending on the weather conditions. Therefore, each installation trip will take about five days. According to the planning, the last turbine should be upright and ready by autumn 2022.

The French wind farm will have a total capacity of 480 MW or the equivalent of 20% of the French department Loire-Atlantique’s electricity needs. It will also contribute to France’s goal of producing 40% renewable energy by 2030 and becoming carbon neutral by 2050.

Marine service provider Jan De Nul has been preparing for similar and even larger offshore projects. In February, the company launched ‘Voltaire’ in the Cosco Shipping yard in Nantong (China). It is the world’s largest installation vessel for constructing wind farms at sea.

Voltaire was the second (after ‘Les Alizés’, launched in January 2022) and largest jack-up installation ship of De Nul’s fleet, necessary to install future offshore wind farms. Voltaire will contribute to constructing the largest offshore wind farm globally: the Dogger Bank in the UK. It will produce enough electricity to provide for six million households per year.

Turbines and foundations for offshore wind farms are getting more prominent because of the increasing demand for cheaper and green electricity. Hence the need for those impressive vessels.

However, also on the mainland, we see an increase in scale. Rotterdam, for instance, has plans to build the world’s highest wind turbine with a tip height of 300 meters. For comparison: the Eiffel Tower in Paris is 317 meters.