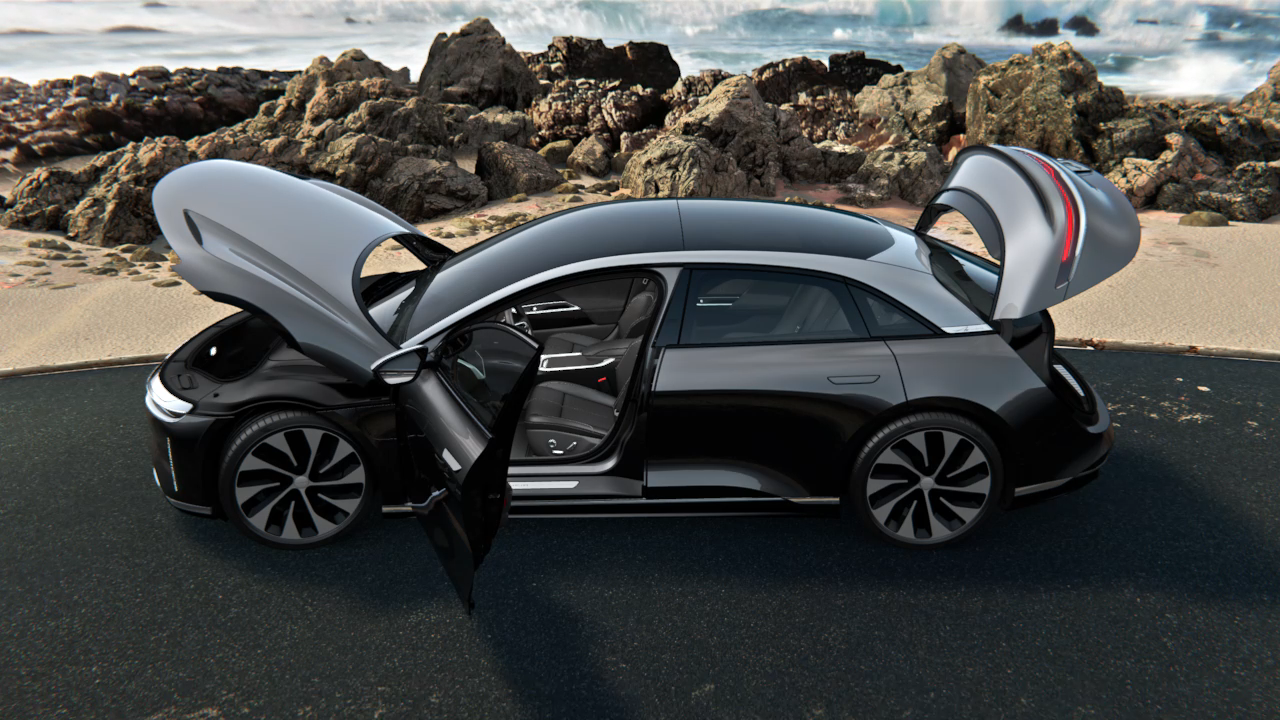 Via a personal link to the Lucid Studio Live, you’re personal advisor will talk you through all the details of the car /Lucid

American electric carmaker Lucid Motors, the brainchild of ex-Tesla S Chief Engineer Peter Rawlinson, is warming up Europe for the brand crossing the Atlantic in 2022 with a direct approach to potential clients.

People who have shown interest get a ‘personal advisor’ assigned who helps them online in a 3D-car configurator called Lucid Studio Live with answers to – most but not all – their questions. Two of the most asked questions remain unanswered, though: when and at what price in Europe?

Registered in the Netherlands

Lucid Motors Europe has been registered in the Netherlands (Schiphol) since 2021. Through its website, people in 17 countries beyond the United States can already ‘reserve’ their Lucid Air with a downpayment of €300 for the basic Pure and €900 for the Touring or Grand Touring models.

These countries include Austria, Belgium, Denmark, Finland, France, Iceland, Italy, Monaco, Netherlands, Norway, Spain, Sweden, the UK, and Switzerland in Europe, plus Canada, Saudi Arabia, and the United Arab Emirates. There is a ‘waiting list’ for other countries you can subscribe to.

Lucid says it will start to deliver in ‘Spring 2022’ in Canada. It has already opened a Lucid Studio, as it calls its stores, in the Yorkdale Shopping Center in Toronto, Ontario. It also offers clients who reserve a Lucid Air before June 30th two years of complementary fast-charging at Electrify Canada.

No ‘landing’ date for Europe yet

So far, Lucid Motors didn’t communicate where and when it will land its first Air models for Europe. It only confirmed on Twitter that “Expansion to European markets will begin this year. Stay tuned for country-specific delivery information.” That was January 4th, 2022.

Even though you only subscribed to the Lucid newsletter without reservation, you might expect that when you suddenly get a personal call from a friendly ‘personal advisor’ from Lucid Netherlands, delivery for Europe is finally imminent. Nope. “Sorry, but that’s information we can’t give at this moment yet.” Prices for Europe? “No, I’m very sorry, but that’s not disclosed yet.”

Dream Edition exclusively for the US

In Casa Grande, Arizona, the first Lucid Air electric sedans were rolling off the assembly line end of September 2021. Lucid Motors started to deliver the first of the 520 special Lucid Air Dream Edition vehicles in the US by the end of October. Production of the standard Lucid Air will be 30 000 units to start with, expanding to 400 000 per year over time.

The Dream Edition is the ‘nec plus ultra’ in the model line-up at $169 000 without the €7 500 US tax bonus, and was sold out in no time and delivered exclusively in the US. The Lucid Ari can cover a distance of 520 miles – or roughly 837 kilometers – in its Range version on a single charge.

It has the highest range of all, getting 517 miles (832 km) far. Lucid just announced a ‘Performance’ version of it, delivering 1 050 horsepower and accelerating from 0-60 mph in 2.6 seconds.

The basic model, the Lucid Air Pure, will come last, somewhere in 2023. In America, it’s announced with a price tag of $77 000. And a seven-seater SUV called ‘Gravity Project’ for the time being is something one can expect from 2024 on.

So for those in Europe who start dreaming, your Dutch personal advisor will happily find half an hour to guide you through a dedicated 3D configurator the advisor can control remotely to show you details you otherwise wouldn’t have access to.

Like opening the ‘frunk’ in front, the doors, or the trunk at the car’s rear for you, for instance. Or zooming in on details of the vehicle you usually won’t find in a traditional car configurator online. They can even alter the ‘natural settings’ around the car to mach the Nevada desert or Santa Monica sea color scheme of the interior.

You get access via a personal link, and your advisor will catch up by phone to talk you through all the details of the car you want to know, except for the ones that matter. For the time being, let’s hope.