VW is doing well but stays prudent about the future 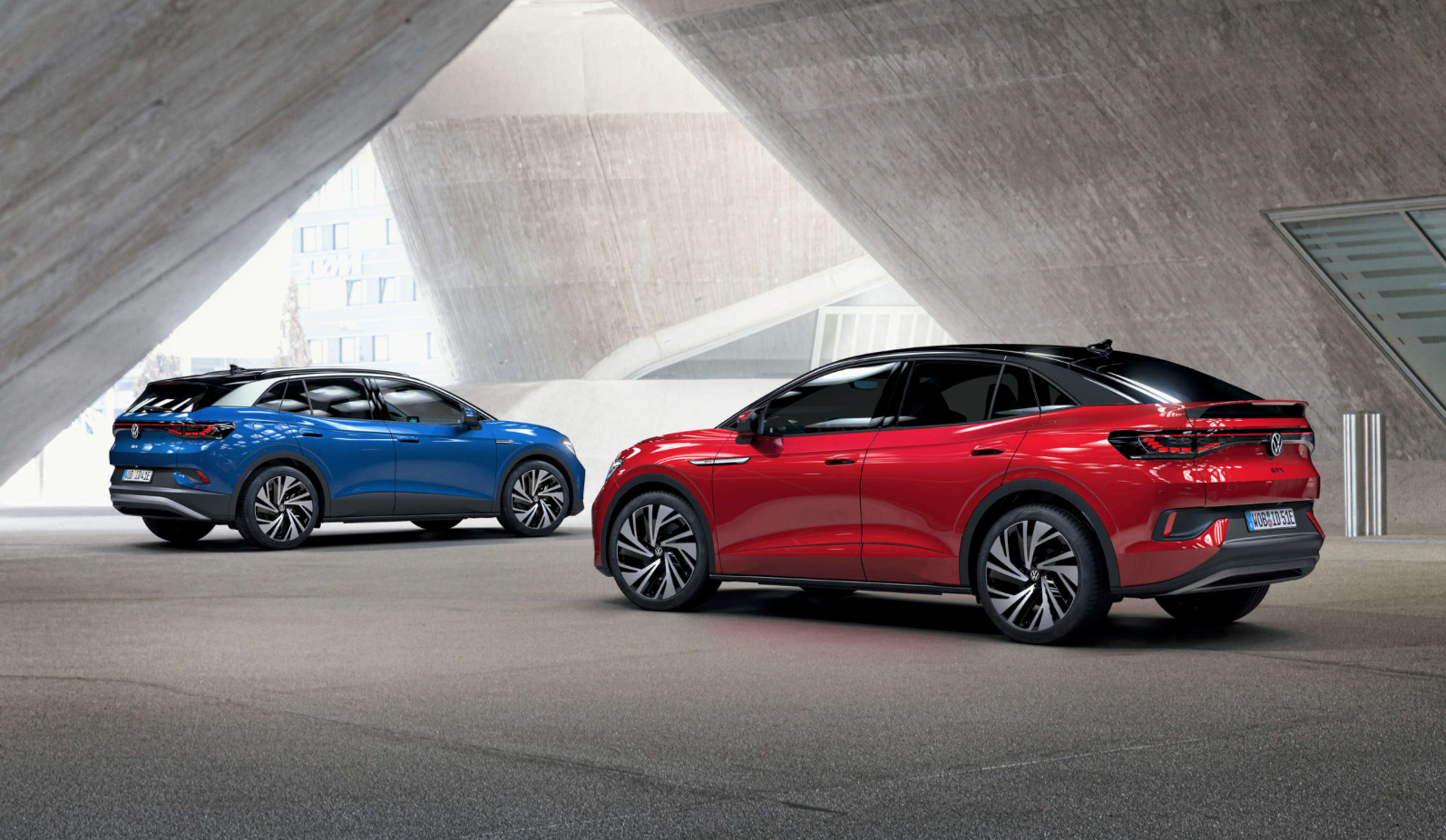 The GTX-versions of ID.4 and ID.5 are the quickest for the EVs based on the MEB platform. VW wants to increase overall performance of its EVs to be ready for a fairly unpredictable future /Volkswagen

In the first quarter of 2022, the operational benefit of the Volkswagen group rose to €8,5 billion, a 77% increase compared to last year. Nevertheless, the manufacturing giant stays prudent about the future because of the chip shortage, the Ukrainian war, and the reviving pandemic situation in China. Meanwhile, VW is also working on improving its MEB electric architecture, particularly where the range is concerned.

The positive evolution in the figures is also due to accounting securities. The prices for raw materials are soaring, but many manufacturers have long-term contracts that protect them from sudden rises. Different financial operations to soften exchange rate variations have also helped.

Unlike the financial results, the group’s sales have dropped by 22% in Q1 to 1,9 million vehicles. In March, the sales drop was even 31%. There are multiple reasons for this. First, there is the war in Ukraine, which has caused a shortage of certain parts (in particular wiring harnesses) produced in that country very soon.

“In the coming months, the evolution of the raw materials market stays unpredictable, which could again have a serious effect on the financial figures,” explains Volkswagen. The complete financial results for Q1 will be published on the 4th of May.

Worries about China and the US

In China, the largest car market globally and one of the leading producing countries, the Covid-19 pandemic is reviving. Shanghai, the country’s economic capital, is almost a closed city at the moment, and overall sales in China have dropped by 24% in Q1 and by 37% in March.

Because of the coronavirus showrooms and other selling points have been closed several times in different regions, and the logistics are challenging,” commented Porsche. China is the biggest market for the German sports car manufacturer and member of the VW Group.

The shipwreck of the ‘Flicity Ace’ near the Azores at the beginning of March hasn’t done any good either. The carrier was transporting some 4 000 VW Group products to the USA, and 1 100 of them were Porsches. After a fire had struck on board, the vessel sunk a few days later.

Volkswagen has laid most of its eggs in an accelerated electrification scheme. A key asset in this scheme is the MEB platform, the dedicated electric architecture forming the basis of many VW products and offered to other manufacturers (Ford, for example).

The manufacturer has recently announced that it wants to increase the possible achievable range of the MEB platform to 700 km (WLTP). This will probably be the case for future products on the platform, but via upgrades, it could also be realized on the range of already existing models based on the platform.

Other measures to improve the EVS using an MEB platform are to increase the charging speed from 125 kWh (for the quickest version available at the moment) to 200 kWh. Improved acceleration performance is also on the agenda. In time, VW wants its quickest products on the MEB platform to accelerate up to 100 kph in less than 5,5 seconds. Currently, the fastest accelerating ‘MEB-product’ is the 220 kW strong VW ID.5 GTX with 6,2 seconds for this sprint. 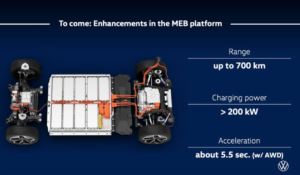