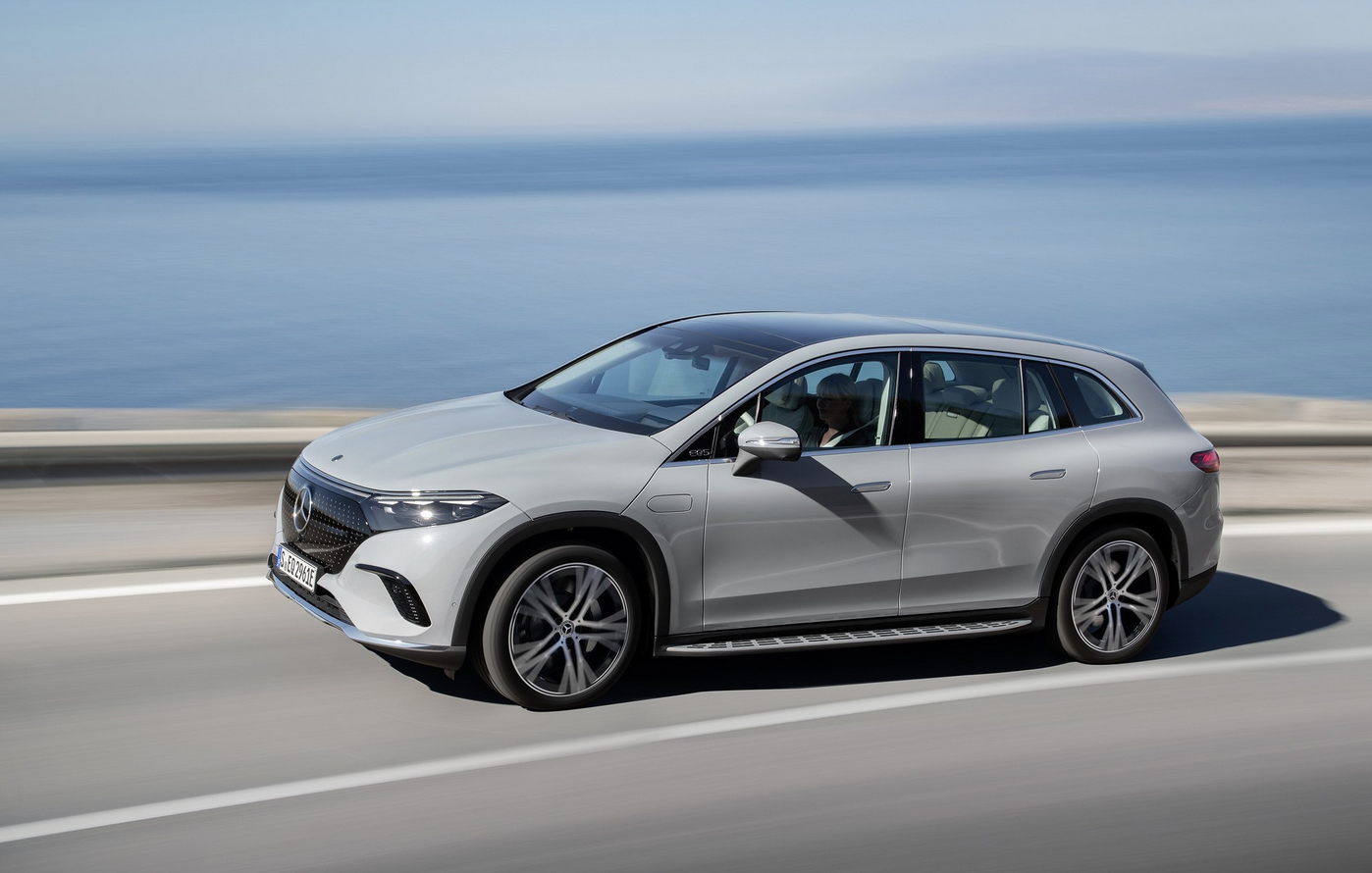 The SUV version of the EQS will soon be available in three variants; others may follow /Mercedes-Benz

Mercedes presented the EQS SUV, the first SUV based on the electric EVA2 platform. There will be three drive variants of the luxury SUV at the market launch. But, most probably, more are likely to follow.

The base model at the market introduction will be the EQS SUV 450+. Compared to the 245 kW rear-wheel drive from the EQS Saloon, the EQS SUV has 265 kW of power and 568 Nm of torque. The new all-wheel-drive version EQS SUV 450 4MATIC has the same output but comes from two motors with 800 Nm combined torque.

The top model is the EQS SUV 580 4MATIC, as was when the sedan went into the premiere. This variant increases from 385 to 400 kW. According to Mercedes, the power plus of 15 or 20 kW is due to improvements in the drive control. The progress on the drive control is not exclusive to the SUV; the sedan will soon receive the power upgrade with the new drive software.

The less aerodynamic, bulkier SUV will not reach the sedan’s WLTP specification of up to 784 kilometers. Still, well over 600 kilometers should be possible, at least in the standard WLTP test. For its rear-wheel-drive variant, Mercedes mentions a consumption of 23,0-18,6 kWh per 100 km, resulting in a range of 536 up to 660 km.

The all-wheel-drive variants are registered to the electricity consumption of 24,0-20,0 kWh per 100 km, which guarantees a range of 507-613 km, according to the WLTP standard. A range of 500 km should be possible when one drives carefully in actual driving conditions.

The EQS SUV has its off-road driving program, but it leaves the role of real electric off-roader to the EQG, announced for 2024. In the EQS SUV, the air suspension  Airmatic is standard; the ground clearance is 181 millimeters. Depending on the driving program, the car can be raised by up to 25 millimeters in Europe. In the USA, it’s up to 30 millimeters due to other regulations.

At 5,12 meters long, the SUV is ten centimeters shorter than the EQS sedan. More importantly, it is an impressive 20 centimeters taller and measures 1,72 meters. The width without exterior mirrors is roughly the same at 1,95 meters. At 2,62 tons, the EQS SUV 450+ is 140 kilograms heavier than the saloon with the same drive.

As the dimensions of the EVA2 platform are precisely the same as the sedan, with a wheelbase of 3,21 meters, the room for the battery consisting of twelve modules with the 107,8 kWh of usable energy is the same.

Rear-wheel steering is fitted as standard. Usually, there is a 4,5-degree steering angle at the rear, resulting in a turning circle of 11,9 meters. However, with the optional ten degrees, it is reduced to only eleven meters, making maneuvering a lot easier with such a large car.

Since the battery system of the EVA2 platform is designed for 400 volts, the SUV model also has a maximum charging capacity of 200 kW. 11 kW is standard for AC charging, and 22 kW is an option as in the sedan.

As we said in our sedan test drive, good aerodynamics are all-important for performance and (in particular) range. For example, we noticed that the EQS was the first electric car to consume less energy at 120 kph on the highway than in suburban driving, where weight plays a more critical role. This is also due to good aerodynamics.

So, it’s only logical that, as with the sedan and the smaller EQE, Mercedes has paid close attention to aerodynamics in developing the EQS SUV. As a result, although the front is bulkier than in the very flat sedans, the front section is also more compact than ICE SUVs in the five-meter class.

Mercedes does not give an exact Cx-value yet, but points to various aerodynamic measures: retractable door handles, air curtains on the front wheels, and no roof railing. Instead, a roof rack can be installed in flush-mounted anchor points.

As a bit of a surprise, the Mercedes engineers point out that the optional running boards on the side also improve the aerodynamics: the airstream gets better guided along with the vehicle, away from the front wheel, the aerodynamicists explain.

The focus of the EQS SUV lies in comfort and space for up to seven occupants. The seats in the second row can be moved electrically, so it must be relatively comfortable for people to get into and out of the third row of seats. Mercedes does not specify a height limit in the back, but it does get quite cramped in the third row above a certain height.

In the front and middle row, one can travel with a high comfort level. Of course, in row two, you can also be entertained by Rear Seat Entertainment, while the front passenger can watch films and series on the display in the Hyperscreen (available as standard on the 580 4MATIC).

As a seven-seater, the trunk is relatively small, with 195 liters. However, if you fold down the third row, the trunk grows to 565 liters, and 2 020 liters are available with the second row folded down. There’s also a five-seater configuration that can hold between 645 and 2 100 liters of cargo volume. Unlike the sedans, which are limited to 750 kilograms, the EQS SUV can tow trailers up to 1,8 tons.

No exact prices yet 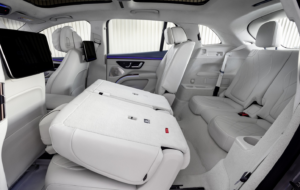 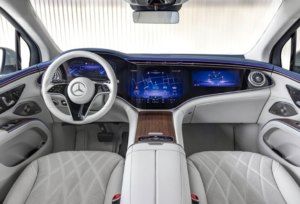 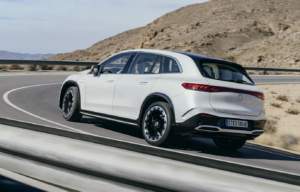