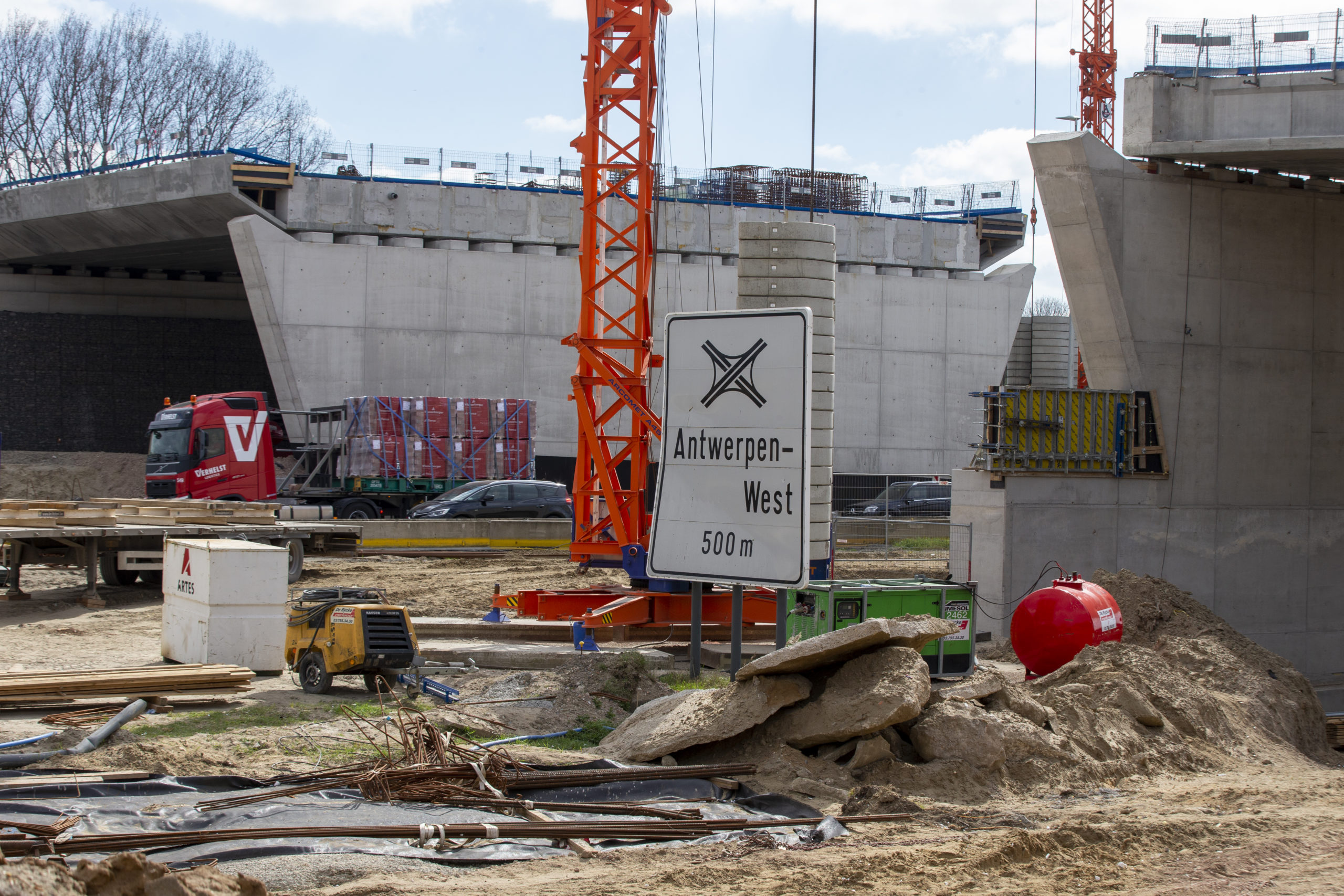 It’s the second time that the Council of State imposes to halt the works. It all has to do with the PFOS pollution of 3M in Zwijndrecht /Belga

The Council of State has decided to stop the works of the Antwerp Oosterweel connection for a second time after receiving complaints from environmental organizations Bond Beter Leefmilieu (BBL) and Greenpeace. Both contest the restart of the earth-moving activities on the left bank of the river Scheldt.

It’s the second time that the Council of State imposes to halt the works. Hardly a month ago, the work restarted after some adjustments. It all has to do with the PFOS pollution of 3M in Zwijndrecht. The polluted earth on some construction sites cannot be transported to the polluter’s site – 3M – just like that.

After a first warning, Lantis decided to wrap the earth, transport it to 3M’s site, and then bury it again in a safety shoulder. But the construction company was whistled back because, according to the Council of State, Lantis has no permit to bury the polluted earth, so the safety bank de facto had become an illegal dumping ground.

“Flemish authorities should work out a concrete plan to see to the polluted areas,” says Joeri Thijs of Greenpeace. “Lantis made some adjustments, but that doesn’t change the processing of the polluted soil. I hope the Flemish government will find a solution to tackle pollution with client Lantis and public waste agency OVAM.”

The decision of the Council of State could have consequences for other construction sites. However, according to its spokesperson, it’s a temporary suspension for safety reasons, not a final nullification. Still, the procedure could easily take a year.

In 2021, the ecologist party Groen insisted on halting the works until guarantees for health and the environment could be given. But unfortunately, they were never found. For the PFOS fact-finding committee of the Flemish parliament, it is clear that there needs to be more clarity. Aiming at “zero risk” is considered unrealistic, but the goal must be “maximum limitation of additional exposure” and “the lowest possible risk”.