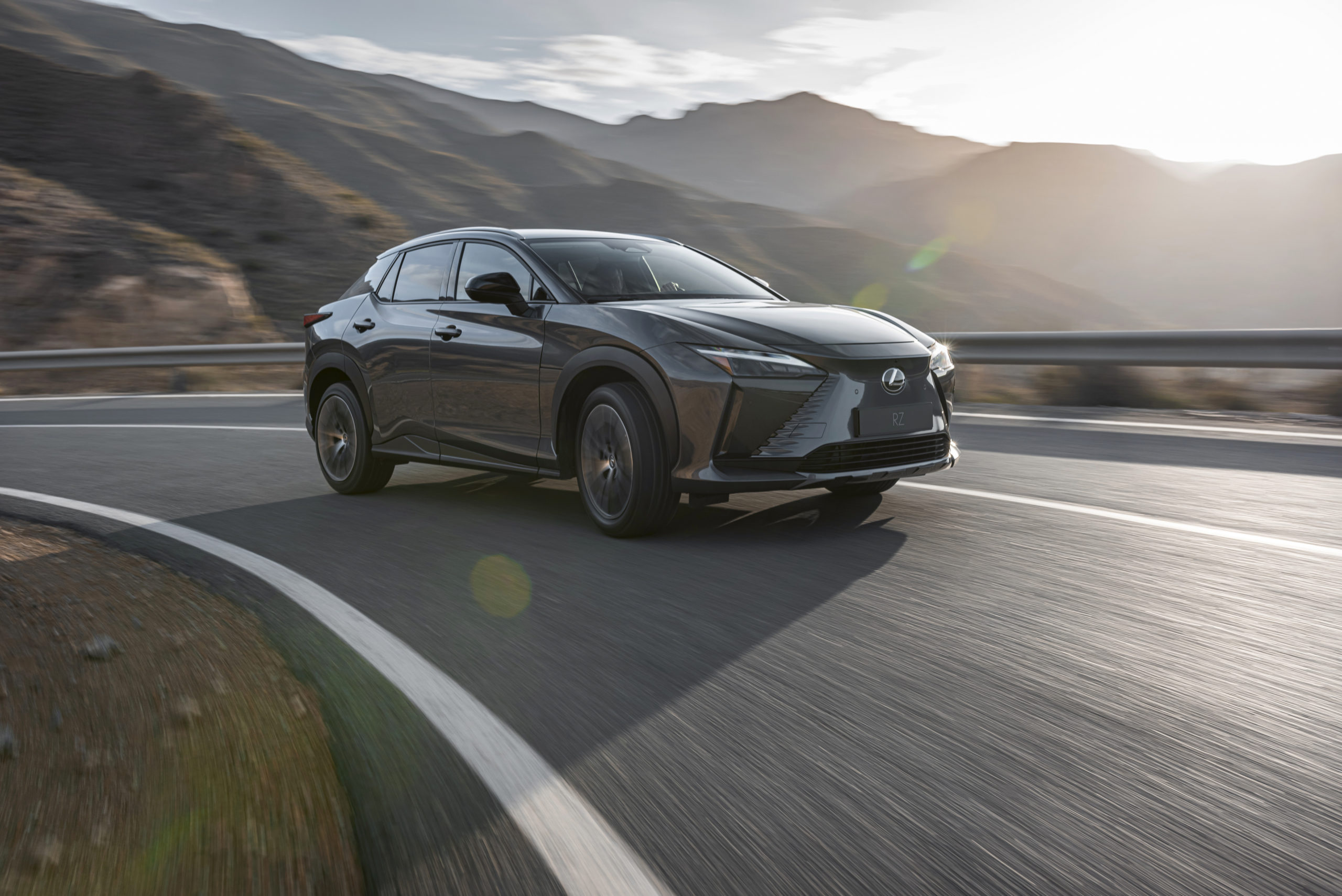 After Toyota showed several electric models in recent months, it is up to Lexus now, its luxury subsidiary, to unveil the first EV of its future lineup developed from the start as a 100% electric-powered model. This RZ is an SUV model based on the e-TNGA platform it shares with the Toyota bZ4X and Subaru Solterra.

The RZ will be powered by two engines, making it a four-wheel-drive vehicle. However, the Japanese manufacturer has not yet provided data on the expected production version, although it says the prototype has a 71.4 kWh battery enabling a range of approximately 450 kilometers (J-WLTP).

The first BEV from Lexus was the UX 300e, based on the ICE version presented in Summer 2020. Lexus will position the new RZ between the NX and the large RX in terms of proportions. The design language perfectly matches what we have seen in recent years from Lexus. The nose looks familiar, but it is closed because of the electric drive system.

The side view shows a low nose and an aerodynamic shape, and the ample wheelbase (2,85 m) is striking. The latter primarily benefits the legroom of the rear passengers. At the back, a red light bar running across the entire width of the RZ makes all the difference.

The unusual steering wheel, which seems to have been taken straight from an aircraft, attracts attention in the car’s roomy interior. However, this doesn’t just have a distinctive shape; it also has the necessary technology to make it worthwhile.

Lexus uses a ‘steer by wire’ system that no longer has a mechanical steering column connecting the front wheels to the steering wheel. Instead, by controlling everything electronically, the steering input will always be limited so that you never have to steer more than about 30 to 45 degrees.

The steering electronics are based on GPS data, among other things, to calculate the correct steering angle. In addition to this technology, Lexus is also working on an intelligent and targeted interior heating system to save energy and give this Lexus more mileage from its battery.

It is no coincidence that Lexus has chosen an SUV body style as this offers the best guarantees for large sales volumes. The manufacturer is also planning a saloon model and a battery-powered sports car.

Like its parent company, Toyota, Lexus will also include electric propulsion in its range, but that does not mean that traditional combustion engines will disappear immediately.

Lexus differs in strategy from Toyota, which has already indicated that it will not give up combustion engines straight away. By 2030 Lexus wants to have a BEV in every segment, and by 2035, the brand wants to be 100% electric. Not many other manufacturers maintain such a pluralistic engine policy apart from Mazda and BMW.