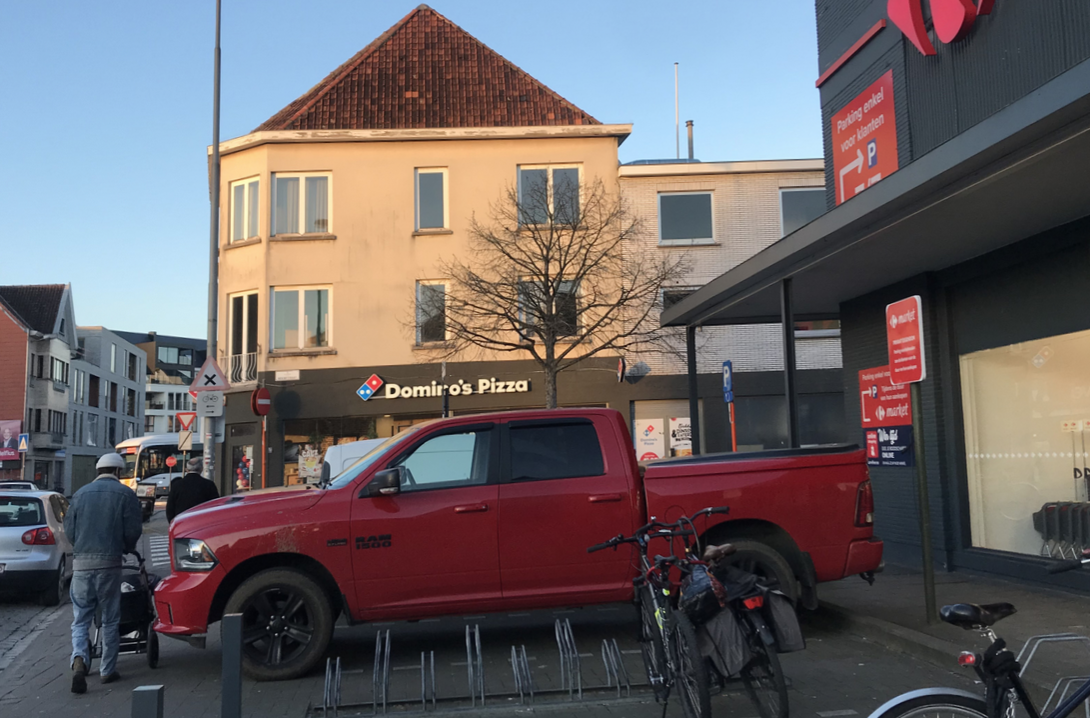 In Belgium, there are more than 40 pick-up trucks for 100 000 inhabitants. Their popularity is due to the very interesting tax advantages /BBL

The environmental organization Bond Beter Leefmilieu (BBL) complains about the indecisiveness of the Flemish government to tax pick-ups properly. Already in 2020, Flemish Finance Minister Diependaele announced that the taxing of pick-ups would be changed. But, until now, nothing has happened.

In Belgium, pick-ups are considered to be light commercial vehicles. This means they don’t have to pay a registration fee (BIV) and only a restraint road tax of € 157. However, if the pick-ups were registered as regular cars, a Ford Ranger owner, for example, would have to pay € 4 050 registration tax and € 875o of yearly road tax; a massive RAM 1500 would cost more than € 11 000 and € 3 200 per year respectively.

“The reason is obvious,” says Marie Desrousseaux from BBL. “Taxes on pick-ups are ridiculously low, despite their bulk and the fact that they have a much higher consumption (and pollution) and are more dangerous on the road.”

“It’s utterly absurd that it is (much) cheaper to drive a more polluting and road dangerous car than a normal family car, “Desrousseaux continues. “There is not only an increased danger for pedestrians and bikers but also other normal car users are more endangered by these behemoths.”

BBL also insists on having the definition of a light commercial vehicle ‘sharpened’ when it comes to pick-ups. So, for example, only single cabs or vehicles with a larger loading area would be considered commercial vehicles. However, car importer federation Febiac thinks that this is no good solution.

The question is not new. In 2020 already, Flemish Finance Minister Mathias Diependaele (N-VA) promised to end this ‘misuse’ and limit the tax advantages to professional users. But nothing has changed yet, and the Flemish government hasn’t taken any initiative whatsoever.

Diependaele’s main argument for not moving is (once more) the complicated political structure of Belgium. Measures like these have to be validated by all three regions (Flanders, Brussels, and Wallonia) before they can be implemented. So, Diependaele says he is negotiating with the other two.

That hasn’t stopped Wallonia, apparently, from applying already the distinction between individual and professional users when it comes to pick-ups. Individual buyers will pay taxes like on a normal car. As of next year, the car’s weight will also be a criterium. Wallonia approved the measure despite the negative advice of the Belgian State Council.

“That’s a risk we don’t want to take,” says Diependaele. “We will continue to negotiate with the Brussels and Walloon governments to reach an agreement.” The BBL emphasizes that the different regions are perfectly allowed to adapt their rules and the amounts to pay for road taxes.

So, the question is why it still takes that long. Wallonia is clearly in favor, and there are very few pick-ups in Brussels. The Flanders government dragging its feet must have other reasons…