First helicopter on hydrogen to take off in 2023? 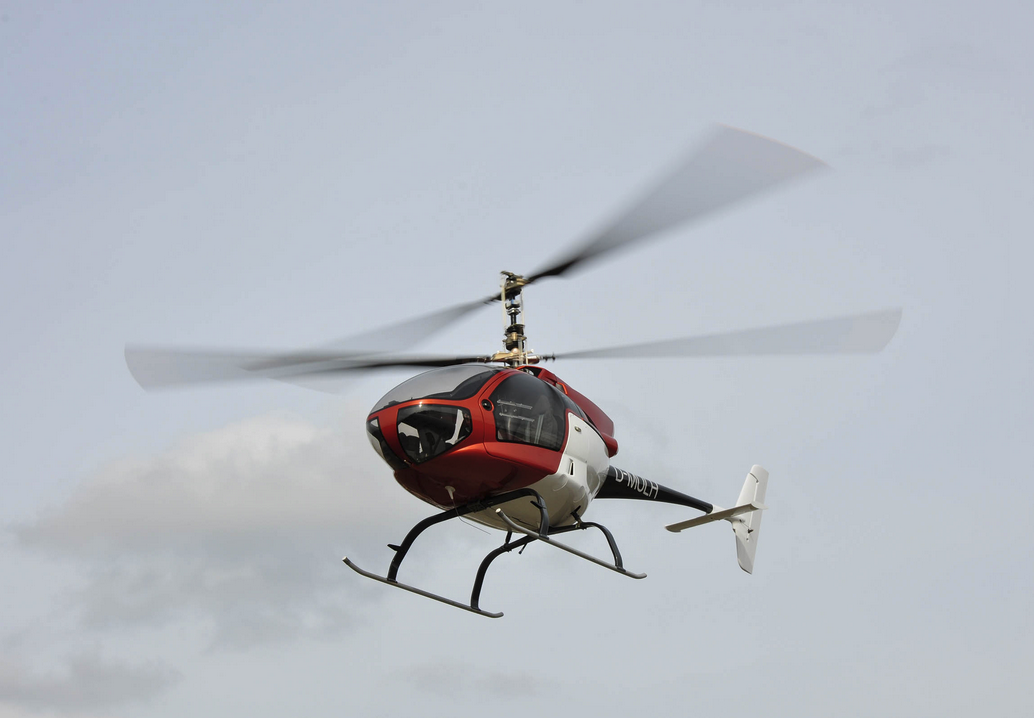 Today’s CoAX2D ultralight helicopter with 125 hp combustion engine that will we converted to fuel cell and hydrogen, weighs only 263 kg empty and has a maximum take-off weight of 450 kg /EDM Aviation

One of the first helicopters in the world powered with a fuel cell on hydrogen might take off as soon as 2023; a lightweight CoAX2D from German EDM Aviation. The latter, the first ultralight helicopter with a German Type Certificate, would be empowered with an 80 kW fuel cell from California-based green energy start-up HyPoint.

For the conversion to hydrogen propulsion, the Germans work together with the American pioneer in advanced rotorcraft and unmanned aircraft systems PIAC. The latter’s CEO John Piasecki stated that at a recent symposium, both companies are planning the first test flights soon. PIAC is also working on its own more powerful hydrogen helicopter to be released later.

The hydrogen technology will be delivered by HyPoint and implemented by Piasecki Aircraft Corporation (PIAC). Both American companies announced last year entering into a multi-phase collaborative development agreement.

HyPoint has developed a lightweight fuel cell stack that claims to outperform by far the energy density limits of current lithium-ion batteries that today prevent the breakthrough of zero-emission aviation.

HyPoint’s ‘turbo air-cooled’ fuel cell stack would allow five times more flying time and a tenfold operational time increase at a 50% lower cost of ownership for zero-emission e-aircraft, drone-like eVTOL, helicopters, and urban air mobility taxis. The ultimate goal is to get with its partners “a 100-seat zero-emission aircraft in the skies before 2030.”

The helicopter EDM and PIAC are working on is much lighter to start with and less ambitious. The D‑Motor (125 hp) ICE-powered CoAX2D ultralight helicopter it will be based on weighs only 263 kg empty and has a maximum take-off weight of 450 kg. It’s a two-seater with a double rotor of a 6,5-meter diameter, made of composite material.

It will get an electric motor, an 80 kW fuel cell to convert the hydrogen into electricity, a hydrogen storage tank, and battery, and an air cooling system with four fans in the front.

Air-cooled instead of liquid

HyPoint, which develops both liquid-cooled and air-cooled fuel cells, managed to reduce the weight of its latest prototype air-cooled fuel cell by 61%, accounting only for 6% of the whole system. Traditional liquid cooling of fuel cells requires a fairly complex design, with the cooling circulation system alone accounting for 53% of the entire system’s weight.

The fuel cell operates at a temperature of 160 °C compared to 70 °C. To get sufficient cooling capacity with air as with liquid, the air is compressed by turbo-charging in up to three stages depending on the airplane’s altitude (thinner air) and is reliable regardless of ambient conditions, at far lower power consumption.

The air-cooled systems not only weigh three times less than liquid-cooled ones but are less complex in design and should enable airplane makers to make commercially efficient zero-emission aircraft that reduce the cost of ownership by 50%.