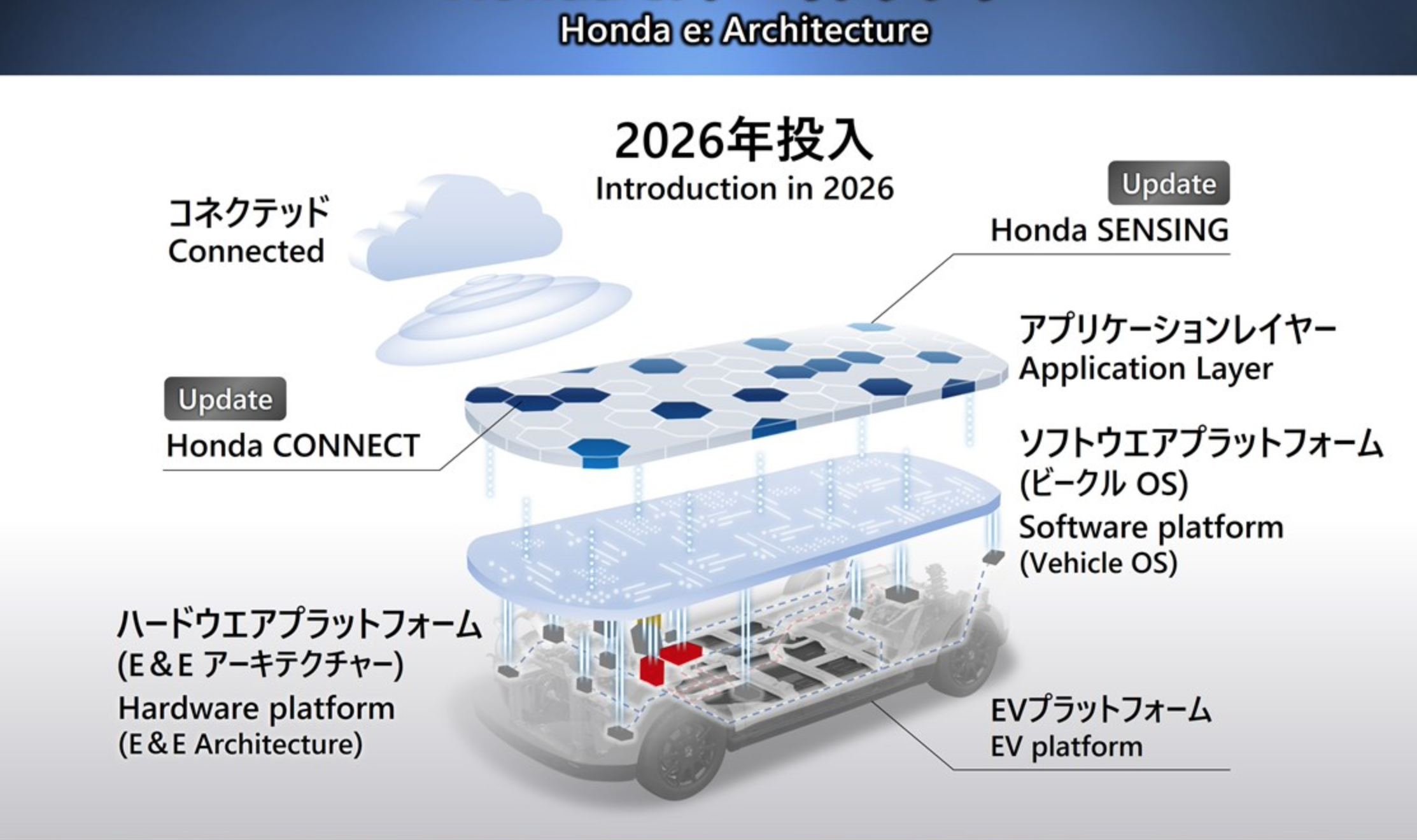 The so-called large, dedicated EV platform from Honda is scheduled for production in 2026 /Honda

Honda goes for three new all-electric dedicated vehicle platforms. As already mentioned earlier, the plan is to achieve sales volumes of more than two million electric cars per year by 2030. The first of these platforms is set to debut as early as 2024.

Speaking to the Reuters news agency, Shinji Aoyama, Honda’s global head of electrification, said that the company will introduce an electric mini-utility vehicle in Japan in 2024, built on a new small EV platform. An electric model based on a new “large” platform will follow in North America in 2026. Both platforms will later also be used for other models.

In addition, there is the recently announced new global platform together with General Motors. This third one is intended for affordable electric vehicles and is planned to debut in 2027. “Whether it will be based on Honda’s architecture or GM’s platform has not been decided,” Aoyama said.

This project is still in the first stage of its development, as no data are available yet. Apart from that,  it has not yet been decided in which plants the platform and its vehicles will be built.

Process plans will be shared “to allow the cars to be produced in either Honda or GM plants”. At least there is already a size classification: the Honda manager described it as a platform for “mid-size” vehicles.

Preceding the venue of the new platform, GM will build two electric SUVs for Honda in North America from 2024 onward. Those will be based on GM’s Ultium platform. These two Honda models are not included in the three EV platforms of the Japanese company, as the rights to the Ultium platform belong to General Motors.

Honda will also get the next-generation Ultium batteries. Although their specifications have not yet been determined, Honda has agreed to use them. On the other side, according to Aoyama, there are no plans to participate in the Ultium Cells battery joint venture (between GM and LGES).

This would bring Honda quite close to the two million BEVs mentioned in April as the target for 2030. By then, the Japanese company wants to offer 30 BEV models worldwide.