Port of Antwerp-Bruges to become ‘greenest harbor of the world’ 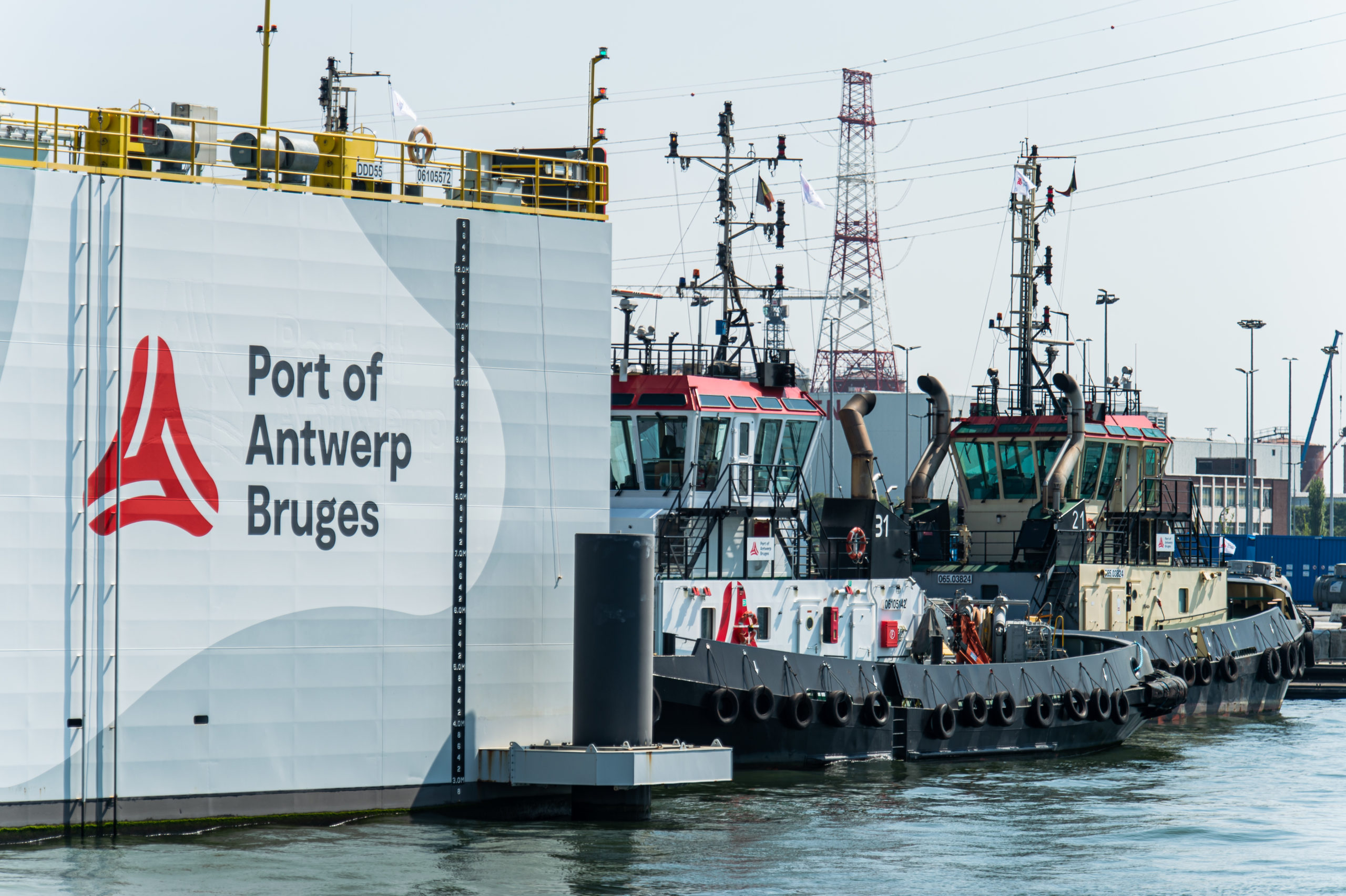 Port of Antwerp-Bruges is determined to become “the greenest harbor in the world” and Europe’s major harbor for importing renewable energy. Green hydrogen, imported by tankers or made by using surplus energy from the North Sea windmill parks, has to become big business next to the LNG terminal. This terminal today accounts already for 15% of the EU’s LNG import.

“We want to be fully climate-neutral by 2050,” explains Jacques Vandermeiren, CEO of the Port of Antwerp. “Switching to a sustainable energy eco-system will be a huge challenge,” Vandermeiren continues.

Hydrogen pipelines between both sites and the hinterland have to make sure that the entire harbor area and even the whole country and a part of Europe can use them. The unified port will also continue and further develop the project for the collection, storage, and reuse of CO2.

Antwerp in need of capacity

Port of Antwerp-Bruges creates a distinct profile for itself as a global player, creating 74 000 direct and 90 000 indirect jobs. Good for an added value of 21 billion euros or 4,5% of Belgium’s GDP.

Antwerp and Zeebrugge clearly intend to play their specific trump cards. Antwerp has the largest chemical cluster in Europe, but the port is confronted with a shortage of transfer capacity to load and unload ships, leading to delays and even an 11% decline in container activities last year. Fortunately, the harbor of Zeebrugge still has enough additional space and capacity.

Zeebrugge is Europe’s largest car-transfer hub in Belgium with nearly 3 million vehicles a year. Zeebrugge was already leading ‘car harbor’ in Europe with 2 191 299 new cars a year, Antwerp adds another 768 625. Not to count second-hand cars for export mainly.

Breakbulk accounts for 8 million tons a year. And it will be the ‘largest port for cruise ships in the Benelux’ with 1 059 cruise ships mooring yearly, suitable for 862 514 passenger movements.

According to Vandermeiren, it will take a while to make both organizations blend. “There are some differences, but we share the same passion and devotion,” Vandermeiren told Belga. Port of Antwerp-Bruges will be directed from its headquarters in Antwerp.

Until now, both harbors complemented each other well. Now that they’ve found each other, the unified port will be able to benefit from economies of scale. By joining forces, both companies hope to attract more trade and investments. “We used to act like competitors; now we’re unified and together, we have more to offer,” concluded Annick De Ridder (N-VA), Antwerp Alderwoman for the harbor.