New campaign to tackle cell phone use while driving 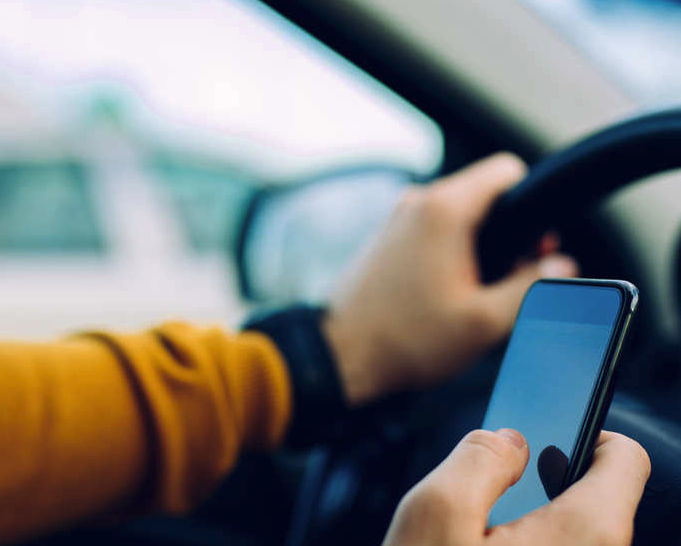 Minister Peeters’ new campaign’s message calls on drivers to ignore family and friends on social media and focus on the road /lydiapeeters.be

The Flemish Foundation for Traffic Science (Vlaamse Stichting Verkeerskunde, VSV) launches a new campaign against cell phones at the wheel. VSV discovered that more than eight out of ten drivers regularly use their smartphones while driving.

Driving with a hand-held cell phone more than doubles the risk of an accident. Dialing alone multiplies that risk by twelve. According to a survey in eleven European countries, one out of four Belgian motorists (25%) regularly reads or sends messages on their smartphones while driving. The European average is 22%. And it’s getting worse.

So it’s no surprise that one out of ten already had an accident caused by smartphone use at the wheel. Especially young drivers are often involved. In 2020, 62 645 Flemish drivers were caught using their cell phones at the wheel.

An ongoing trend since the figures for 2021 were even more alarming, with 40 258 similar infringements during the first six months of the year alone. So, according to Flemish Minister for Mobility Lydia Peeters (Open Vld), sensitizing remains a sheer necessity.

Focus on the road

The campaign’s message calls on drivers to ignore family and friends on social media and focus on the road. It will be visible on billboards along the main Flemish roads from May 2nd till May 29th and be supported by social media and radio spots on Radio 1, Top Radio, Studio Brussel, Joe, Q-Music, MNM, and Willy.

VSV’s survey among 600 drivers (between 18 and 54 years old) revealed that 84% of drivers admit to using their phones occasionally. However, this figure declines to 80% if they have a car kit.

One-fifth (21%) of the frequent cell phone users consider themselves capable of driving safely while using their phones occasionally. Among the less frequent users, this is 9%. In addition, one-fifth of the regular users say they’re expected to answer calls or messages. Still, one in three is willing to reduce their phone use.

One of the most dangerous aspects of traffic is distraction. Every year, 150 people get killed in traffic and 850 seriously injured by distraction. According to the traffic safety institute Vias, drivers are distracted for about half of the driving time.

That is not a surprise, explains Stef Willems, Vias spokesperson in De Morgen. “After all, we’re only human.” Still, there are sources of distraction, like the smartphone, which we can easily switch off.

Using the phone is not only a visual distraction; it also leads our brains away from traffic. It narrows our sight and increases the reaction time and the braking distance. However, some (mainly middle-aged) drivers compensate for their distraction by driving more slowly.

Since March, smartphones and similar devices have to be fixed in a suitable holder. This implies that a driver is no longer allowed to use his cell phone when it’s lying around in the car, on the passenger seat, on the central console, or his lap.

Infringements in traffic involving a smartphone (or similar device) are considered an offense of the third degree. Offenders risk a fine of 174 euros (or more).

In the Belgian Halle-Vilvoorde district, they go one step further. The King’s Prosecutor has decided to crack down on drivers using their cell phones while driving. When caught, drivers will automatically be banned from driving for eight days. Further, they will be liable to a driving ban of up to five years with a fine of up to 4 000 euros when appearing before the court.