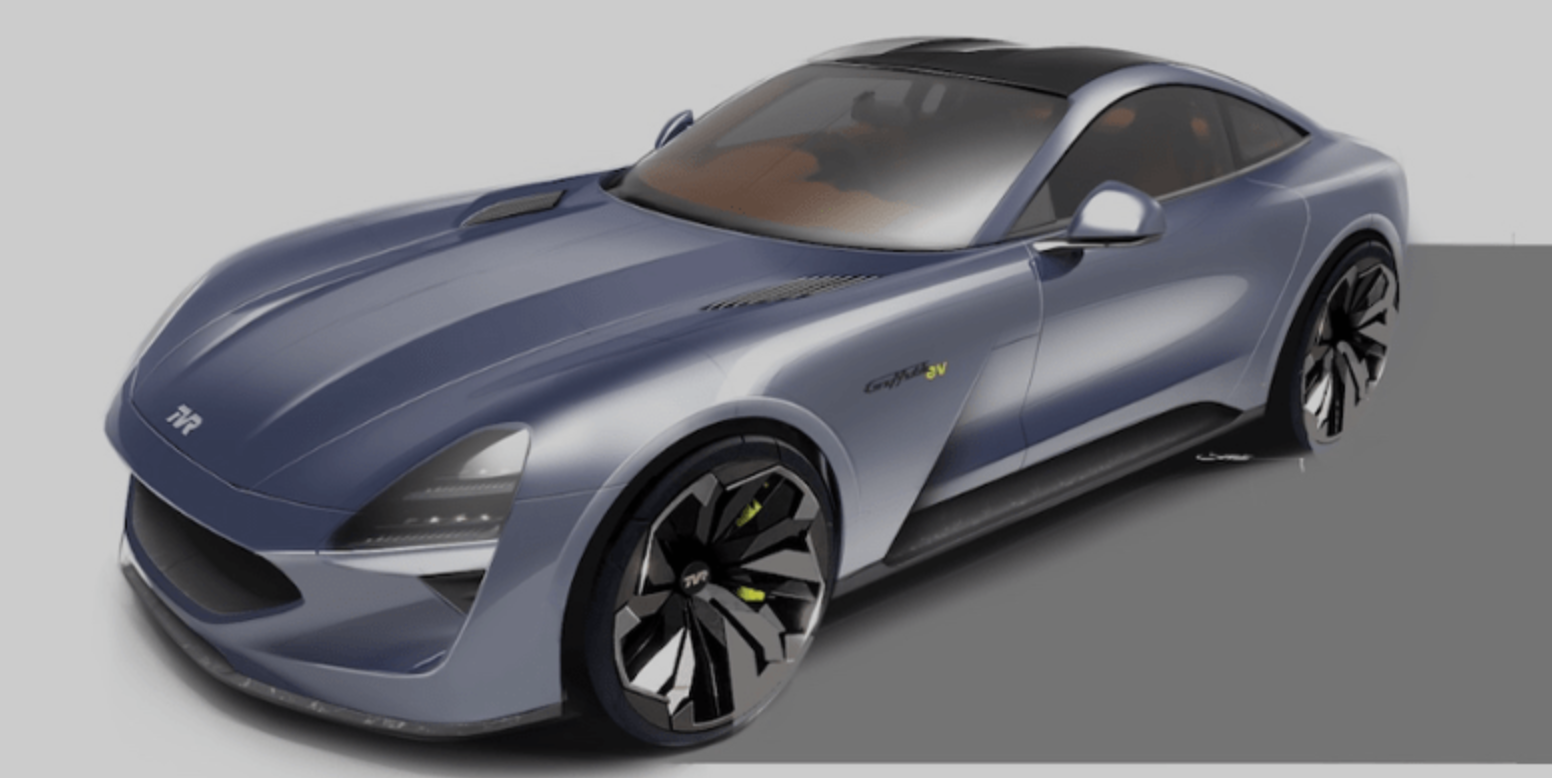 A drawing of the limited edition electric version of the TVR Griffith, to be launched soon after the V8 ICE variant is being delivered /TVR

The tiny British sports car manufacturer, TVR, is planning a limited edition all-electric offshoot of its Griffith V8 model for 2024. Normally, there will be a second, as yet unspecified electric model joining it.

TVR made the announcement as part of a sponsoring partnership with the Formula E electric racing series. The manufacturer, previously known for its gasoline-powered sports cars, will be the title sponsor of the ePrix in Monaco at the end of April and the two races in London at the end of July.

According to TVR, the partnership with the racing series “marks a turning point in the strategic direction of the legendary British high-performance sports car manufacturer, as they accelerate their plans to electrify the brand”. However, there are no further details of the electric TVR Griffith, until now, powered by a Ford V8.

The assumption is that the electric version will be slightly more powerful than the gasoline engine, developing some 370 kW/500 hp. This should compensate for the higher weight of the battery. Normally, there will be changes to the chassis to accommodate the weight and the lower point of gravity caused by the battery pack.

Externally, there are no significant changes to be expected, although the electric TVR can, of course, do without the tailpipes mounted behind the front wheels like in the V8 ICE version.

The announcement must also be seen in the light of creating a joint venture between TVR and the South American lithium mining company Ensorcia Metals. Following the forging of a partnership late last year, TVR has now announced a further multi-million-pound investment by Ensorcia through its affiliate Ensorcia Automotive.

Such a joint venture wouldn’t make any sense if TVR weren’t thinking of creating and producing electric cars. The joint venture is also supposed to partly finance the production of the Griffith and ensure a supply of batteries for future electric TVR models.

According to the British car magazine Autocar, TVR has also planned to move to a new factory near Cardiff. It is most probable that this will become the production base for the upcoming electric models. According to the manufacturer, the cars will be produced in a particularly lean manufacturing process.

Les Edgar, Chairman of TVR, said: “We are delighted that we shall now shortly fulfill our promise of delivering the V8-powered Griffith Launch Edition to the hundreds of wonderful and incredibly patient depositors.”

“Furthermore, as part of our mission to rejuvenate and future-proof our iconic British brand, we can confirm that we shall develop an electrified variant of Griffith, due to market soon afterward. This is a hugely important element in ensuring that TVR will become a sustainable, net-zero business.”

Daniel Layton, Chairman of Ensorcia, commented: “We are delighted to announce this further, significant investment into such a historic and important automotive brand. Along with Griffith, we believe the global development of TVR EVs will be among the most exciting EVs in the market.”

“The tight synergy and alignment between our companies and vision will ensure the supply chain for TVR’s future battery requirements. Our green lithium extraction process and TVR’s approach to environmentally friendly manufacturing creates a great partnership, which we believe will experience enormous growth over the coming years.”