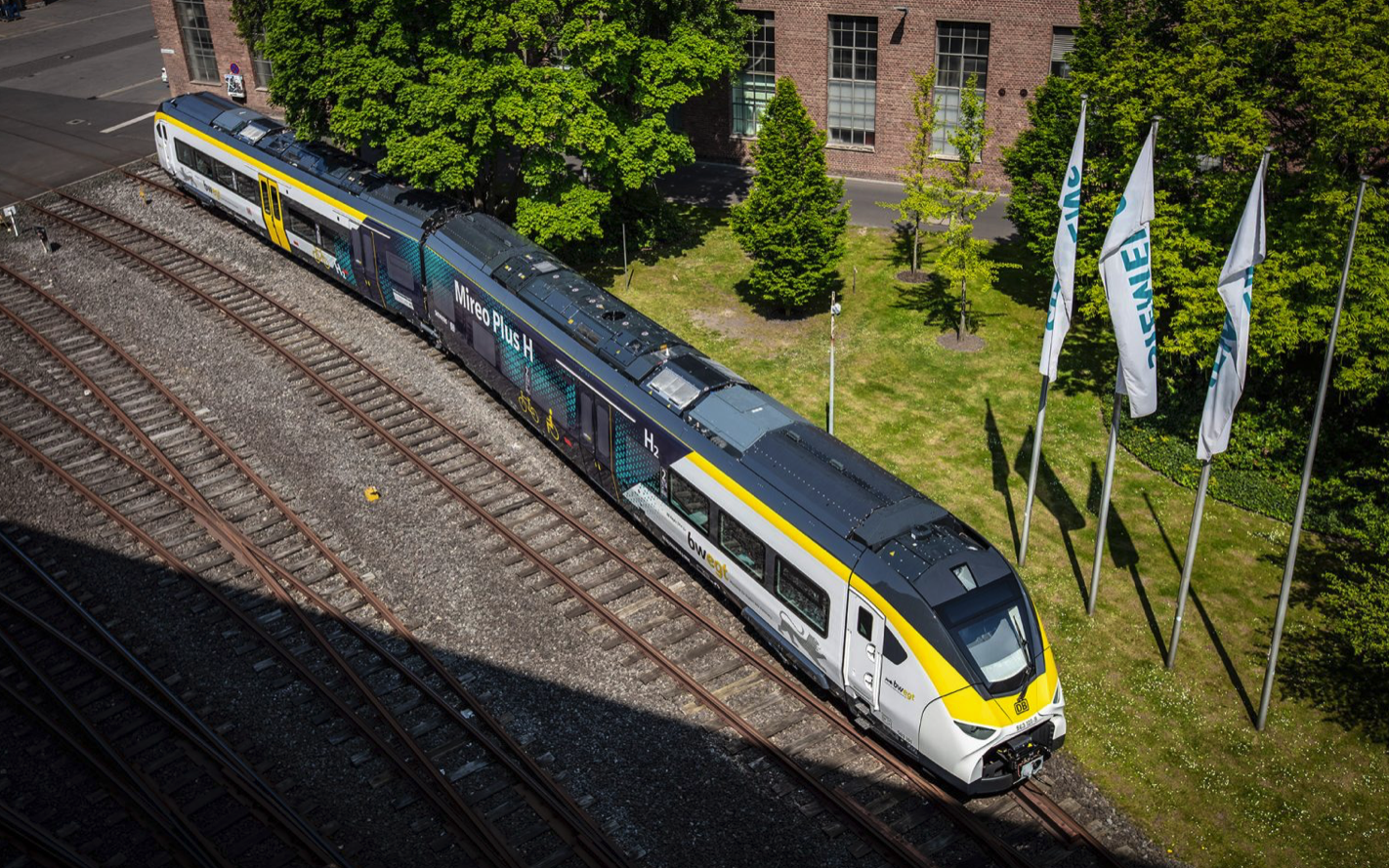 The presented two-car configuration has a range of about 800 kilometers and the top speed is 160 km/hour /railtech.com

On Thursday, Siemens, the German multinational conglomerate corporation and the largest industrial manufacturing company in Europe, presented a new hydrogen train model at its factory in Krefeld.

This first Mireo Plus H, as the model is called, was unveiled as part of the H2goedRail project, a joint endeavor with the German railway manager Deutsche Bahn. Both partners also unveiled a mobile hydrogen storage trailer for fast mobile refueling.

The presented two-car configuration has a range of about 800 kilometers, and the top speed is 160 km/hour. It will start test sessions in Baden-Württemberg in 2023. Once the test phase is complete, the Mireo Plus H will be used for regional transport as of 2024. It will enter into service between Tübingen, Horb, and Pforzheim, where it will run for at least 120 000 kilometers.

DB and Siemens Mobility estimate that a hydrogen train running 200 000 kilometers per year can result in annual savings of more than 500 tons of CO2. “Every train with a 30-year life span will save up to 45 000 tons of CO2 compared to similar car rides,” said Michael Peter, CEO of Siemens Mobility.

With the Mireo project, Deutsche Bahn hopes to catch up with its French competitor Alstom, which already has two passenger wagons on hydrogen. Two German federal states have ordered 41 trains, and tests have been executed in France, the Netherlands, Austria, Poland, and Sweden.