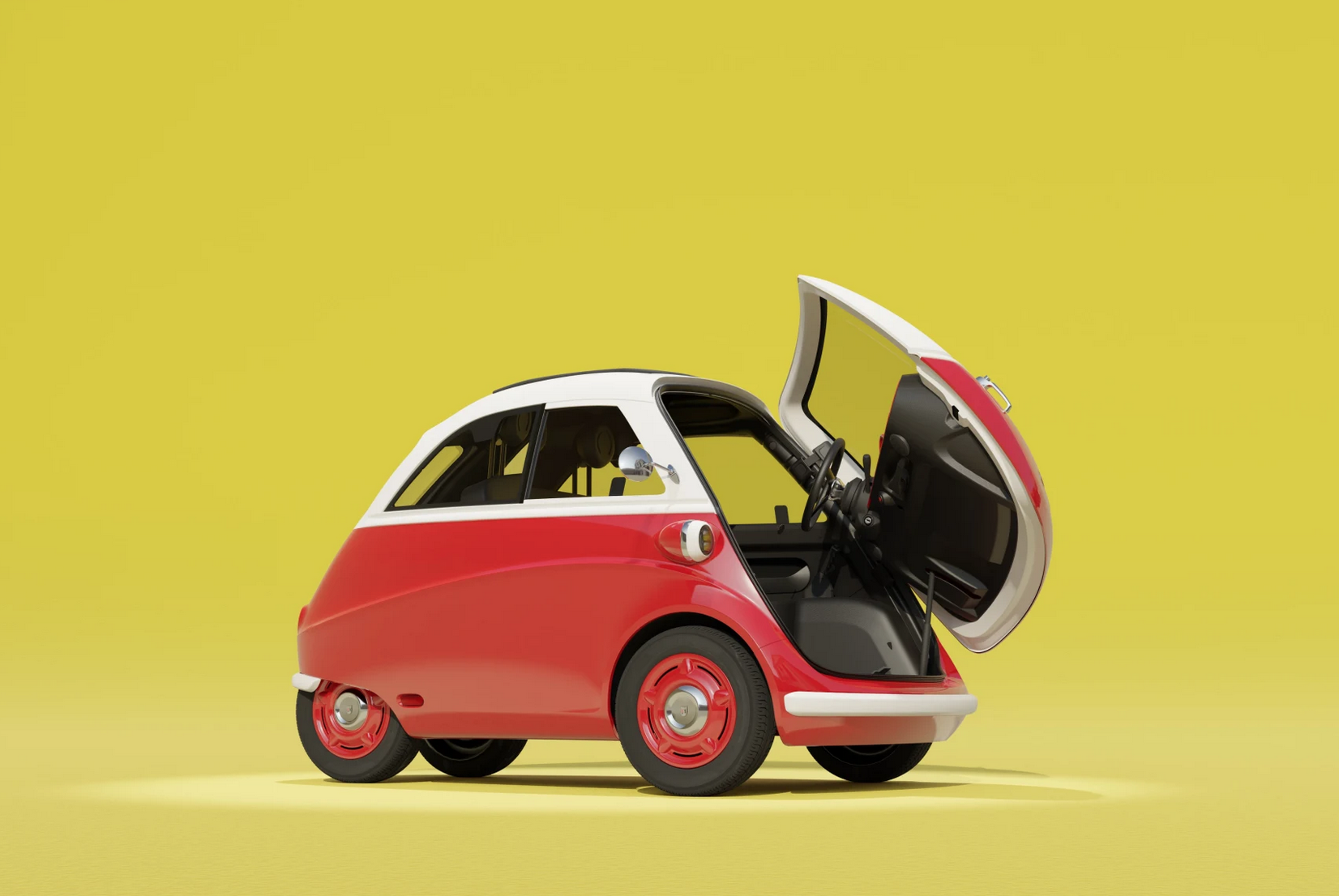 This is already starting to become a trip down memory lane. The Swiss company Micro Mobility Systems was the first to clone the iconic BMW Isetta bubble car under the name of Microlino. Unfortunately, with some hostility, it was taken over by the German (sports car) manufacturer Artega, and they showed their version of the Microlino, running as Karo.

There’s finally a third (and hopefully more successful) attempt to relaunch the mini as an EV eventually. Round three belongs to ElectricBrands, an electric vehicle manufacturer from Itzehoe, Germany. This company is fully taking over Artega, saving the company from insolvency and bringing the Karo back to life. Under the new management, the electric two-seater will get a new name when sales start in early 2023.

We’d like to see this happen since it could mean the end of a lengthy dispute. Normally, Artega and the Swiss company Micro Mobility Systems will make the mini car. However, Microlino is about to roll off the production lines at Micro’s new manufacturing partner, CECOMP, in Turin. Currently, the Micro Mobility Systems website still shows only the option to reserve.

After several delays, the start of series production of the Microlino electric light vehicle is apparently imminent. According to Micro Mobility Systems, the assembly line in Turin, Italy, has been put into operation. Currently, the last pre-series vehicles are still being produced.

For Artega’s Karo, the new owner ElectricBrands is currently constructing production lines at its factory in Göttingen, hoping to create 250 additional jobs. The series LEV (light electric vehicle) will utilize the platform of EB’s existing XBus, although it is unclear if this will result in design and technology changes.

Type approval and homologation have already been obtained. ElectricBrands has high hopes and expects to build 30 000 mini EVs in the first year once production starts in 2023.

The most striking feature of this ‘bundle of fun’ is its front-opening door, like the original BMW Isetta had. The vehicle can even park sideways at just 2,48 meters long and 1,50 meters wide. With a range of up to 200 kilometers, the tiny electric car is ideal for urban driving.

At the same time, the nifty runabout can reach a top speed of 90 kph. Moreover, as already said, this lightweight vehicle is built following the same design principle as the XBus, thus allowing it to slot perfectly into the ElectricBrands AG product range.