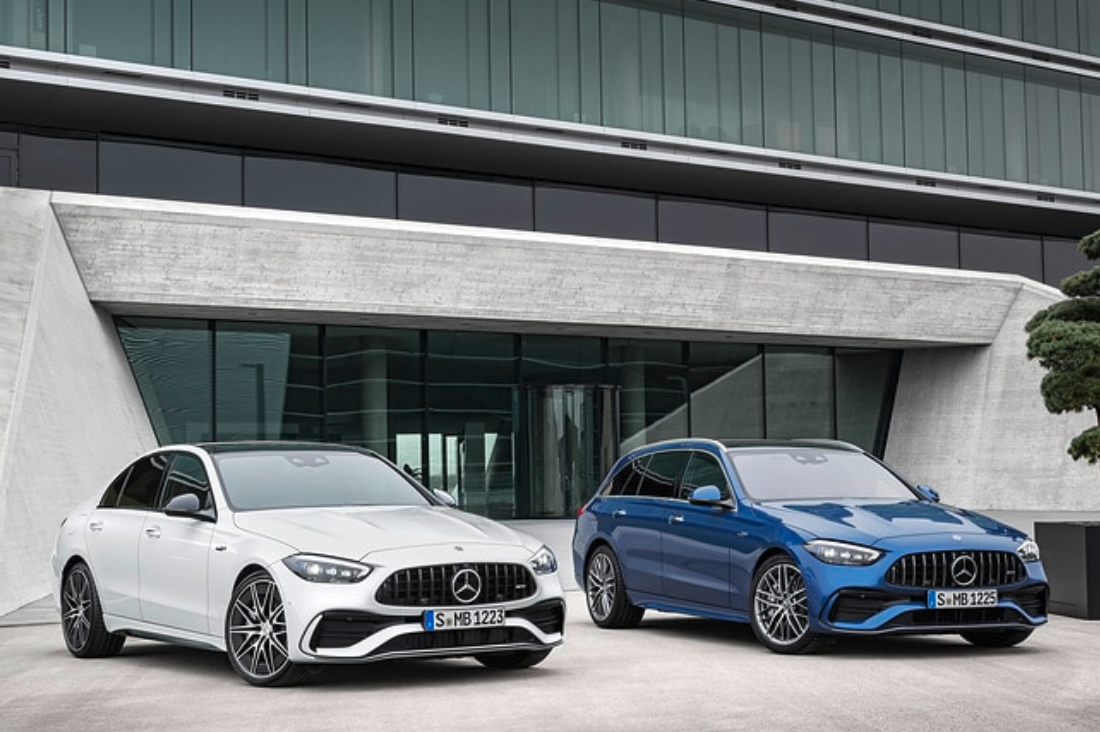 Many manufacturers, like Mercedes-Benz, sell fewer cars but make more profit because they earn more money per sold car, like these AMG models, for example /Mercedes-Benz

There’s something weird going on in the automotive industry. Even though sales are beating record lows in some regions, the financial results of many companies are still good to excellent. Pushed by the Ukrainian conflict and the chip shortage, most manufacturers try to sell their more expensive and profitable cars first.

The message was already clearly given a while ago by Luca de Meo, Renault’s CEO. While launching the ‘Renaulution’, he indicated that the way to recovery for Renault was to sell less but earn more. And that’s the road almost every manufacturer is trying to follow from now on. We give a few examples, BMW and Stellantis are added to this update.

Included is a plus of €918 million due to the sales of financial assets and minus of €709 million because of the stop of the production and the sales in Russia. As a result, turnover for Q1 was €34,9 billion, compared to €32,9 billion in 2021.

The group is still expecting a “minor increase” in the turnover for 2022 and a stable operational benefit. Nevertheless, Mercedes warns of “the high level of uncertainty” due to the escalation of the Ukrainian conflict and the evolution of the pandemic in China. “If the current situation gets worse, this could seriously negatively impact activities,” says a press release.

The answer from Mercedes to this situation is to increase the sales of (very) lucrative cars: in the higher segments, Mercedes sold 10% more cars. In  Q1, the company sold 5% more S-Class and AMG models, representing now already 16% of total sales. As a result, it made the operational margin grow by 1,7 points to 16,4%. The EBIT rose by 13% to €4,3 billion. The EBIT has increased by 20% to €348 million in the light commercial vehicles segment.

This target was reached, although also Toyota had to close down factories temporarily because of the shortage of semiconductors. In China, the pandemic and the following lockdowns also resulted in factories closing for a particular time. Moreover, since the Ukrainian conflict, lots of Toyota vehicles destined for Russia are waiting in the port of Zeebrugge to be sold elsewhere eventually.

America’s number two manufacturer, Ford, has sold 9% fewer cars (966 000 in total) during the first quarter of 2022 compared to last year. As a result, turnover has regressed by 5% to $34,5 billion. Nevertheless, the group has registered a profit of $2,3 billion because it was able to sell its cars at higher prices.

In total, Ford has lost $3,1 billion, but this is entirely due to the value loss of its Rivian shares, which have been regressing tremendously since Rivian went IPO in November.

Ford started the second quarter with “a very healthy order book”. The management is still aiming for the forecasted gross benefit of $11,5 to 12,5 billion for 2022. Nevertheless, Ford underlines that the chips shortage has to improve in the second semester and that prices of raw materials can’t rise more than the 4 billion dollars estimated last year.

Ford has also emphasized its aim to produce 600 000 electric cars per year by 2023. This week, the production of the all-electric F-150 pickup, called Lightning, has officially started. At the official launch event, Ford CEO Jim Farley stated: “We plan to challenge Tesla and all comers to become the top EV maker in the world.”

He said that Ford had set its sights on topping Tesla in the race to become the global leader in electric vehicles. The goal is the most ambitious for the Detroit automaker in its EV push. Farley has previously said Ford plans to be the country’s number two automaker in EV sales, after Tesla, by mid-decade.

Volvo Cars reported a stable financial result for the first quarter of 2022, with a gradual impact from the market disturbances caused by the war in Ukraine and the Covid-19 lockdowns in Asia. As a result, EBIT for Volvo’s core operations was S€575 million (7,9 %), and the reported EBIT was €584 million or 8,1%.

Volvo Cars sold 148 295 cars in the first quarter as the supply chain constraints affecting the company continued to ease slowly, compared to 185 700 vehicles last year. As a result, the company expects marginal growth in sales volumes for 2022, compared to 2021, “although uncertainty is high”.

Volvo Cars’ plug-in hybrid and fully electric Recharge models remain popular among customers, and the share of electrified cars continued to rise. In the first quarter, Recharge sales made up 34% of total sales, of which fully electric vehicles made up 8%, doubling in the space of the last two quarters.

That share is expected to continuously grow as Volvo increases its annual production capacity of fully electric cars to 150 000 units after summer. For the full year 2022, Volvo Cars expects continued high growth of fully electric vehicles. The number of active subscriptions in the first quarter increased by 174% compared with last year’s same period.

The operational benefit of BMW rose by 12% in Q1, despite the fact that the Group sold 6% fewer cars. EBIT reached € 3,4 billion selling 597 000 cars. The increase in benefits is due to “higher prices and reduced rebates” says German analyst Dudenhöffer on the matter. ”

The net profit of BMW has jumped up by 260% to € 10,2 billion, due to a financial reorganization in China,” the Group communicates. The people in Munich confirmed their forecasts for 2022 with a profit margin of 7 to 9% despite the “very volatile situation concerning the Ukrainian conflict”.

Stellantis also saw his turnover increase by 12%, thanks to higher prices and the very good performance of Jeep in the US. Here also, total sales regressed by 12%. The registered turnover for Q1 of the whole Group was € 41,5 billion.

In Europe, Stellantis saw his market share reduced to 20% and sales regress by 24%. The false notes here were Peugeot, Fiat, and Jeep. North America has now become the biggest market for Stellantis in terms of turnover, with 30% more turnover and 6% more cars delivered). Especially Jeep was very successful.

The Group, therefore, maintains its ambitious forecast of a two digits profit margin for 2022. By 2030, Stellantis wants to double its turnover and hopes to reach € 200 billion already in 2024. In 2021, Stellantis had finished its first financial year with a net profit of € 14,3 billion, despite a regress in production of 1,6 million cars.

With the acquisition of the German car-sharing business Share Now, Stellantis also wants to become a leading player in the era of new mobility solutions and offers.