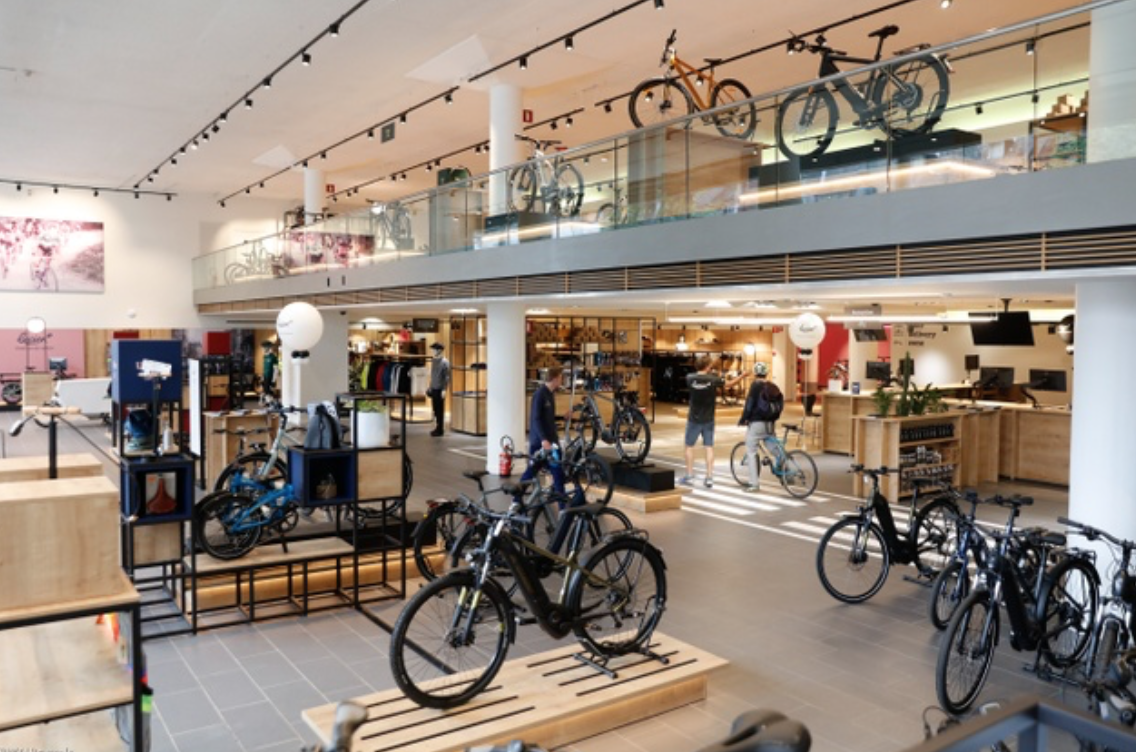 A few weeks ago, D’Ieteren CEO Francis Deprez presented its plans for the Group at its investor’s day in the Ixelles headquarters. The four divisions of the Group revealed their plans, and this has to result in a yearly cash flow of €2 billion and a benefit of €1 billion by 2025. Remarkable also: the bike operations (recently brought together as ‘Lucien’ aim at a turnover of € 100 million in five years.

The Group has to double its operational benefit figures for 2021, last year already being one of the best of all times at €557 million. Investors reacted happily to the announcements, and a D’Ieteren share had risen more than 3% at the end of the day.

Last year, D’Ieteren Group also took over two companies, first TVH (parts for tractors and forklifts) and PHE (parts and services for cars and trucks), at the end of the year. The results of the latter will figure in D’Ieteren’s financial results at the end of this year when the take-over is complete.

Despite the problems the entire car industry is going through, the car branch D’Ieteren Automotive still increased turnover by 6,7% in the first quarter of the year, to €969,3 million. The aim is to increase this turnover by 10% every year up to 2025, increasing the volumes of cars, but even more so the benefit per car by selling more expensive models. As a result, the operating margin should increase from 3,2 to 4,0%.

D’Ieteren Automotive is changing rapidly. Of course, the sales of all the cars from the VW Group remain the most important financial activity, but the focus is now also on other mobility solutions. Of course, there is the start-up incubator Lab Box, but also the chain of bicycle activities recently regrouped under the name Lucien.

Last year in October, D’Ieteren announced that it would launch a national network of bike shops. In the meantime, the Antwerp shops iBike were taken over (8 shops + storage warehouse) and in Brussels, the Goodbikes shop was acquired.

Under the name ‘Lucien’, D’Ieteren wants to build a countrywide network of bike shops. “In the summer, we should have already five or six shops in brussels too,” says Karl Lechat, MD of Lucien. In a next phase, Lucie wants to expand throughout all major cities in the country, normally by taking over existing bike shops.

“We want to be a big player on the bike market,” Lechat continues, “and within 5 years our turnover should be more than € 100 million.” Last week, Lucien’s flagshipstore opened under the D’Ieteren headquarters in Ixelles. On more than 3 000 square meters it shows everything one can possibly buy concerning bikes and it also offers a 1 500 meter test circuit.

At Belron, they expect a lot of ADAS in the car industry. Many sensors and cameras for these driving aid systems are built-in into windscreens and have to be repaired, replaced, or recalibrated when a windshield has to be placed or replaced. That means higher profits.

TVH Parts figured for the first time in D’Ieteren’s financial results for Q4 of 2021. The turnover growth is scheduled at 8% yearly in the following years, and the profit margin has to rise to more than 15% in 2025. During the first quarter of this year, turnover was €384,1 million, 24% more than the year before.

The well-known Italian little notebooks maker has long been the lame duck in the D’Ieteren Group but seems to be rising from its ashes. Turnover for Q1 rose from €21,5 million to €27,6 million (+28,5%). Forecasts indicate a slighter turnover increase for the next years and an operating profit margin of 25% in 2025.

Moleskine seems to be concentrating on its core business, the sales of luxury notebooks. According to CEO Daniela Riccardi, the price for the little wanna-haves can still be increased so that the profit margin of 25% can be reached.