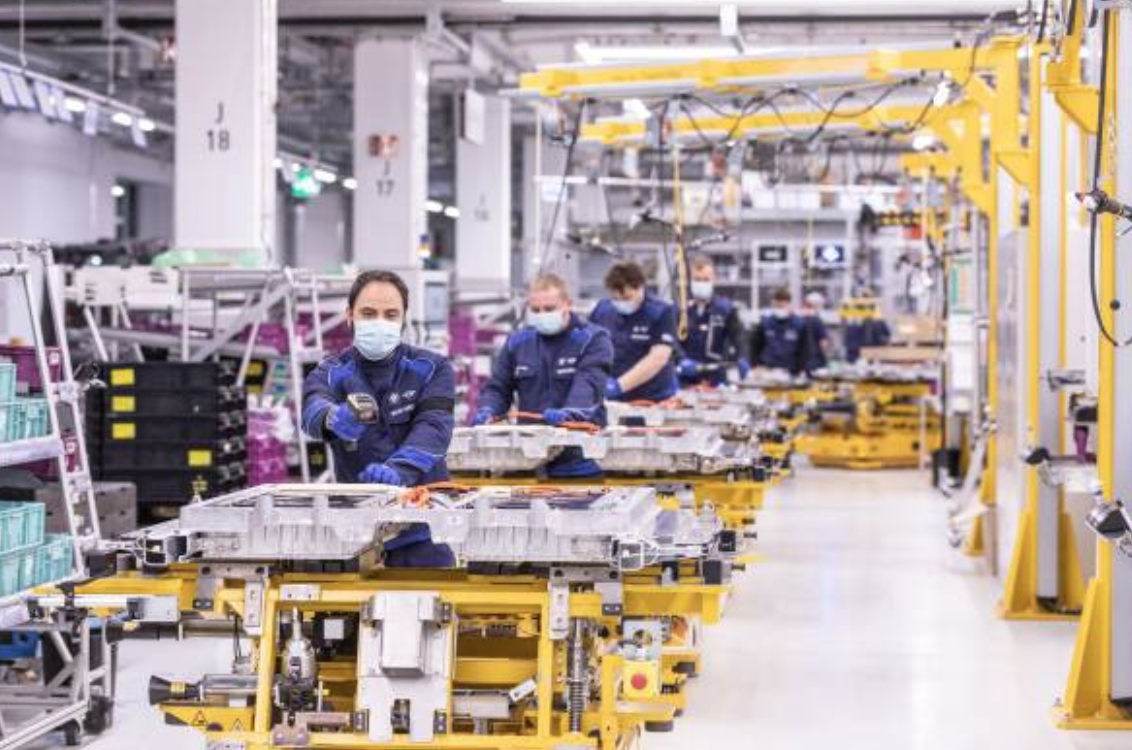 The BMW Group says it has reached significant milestones in the ramp-up of e-mobility at its largest European production site in Dingolfing near Munich. A second production line for electric motors is up and running, and the production of a new generation of PHEV batteries has also started.

BMW announced that the production line for the electric drive systems was already put into operation a few weeks ago. The electric drives, which BMW calls the ‘fifth generation’, have been manufactured in Dingolfing since 2020, initially for the iX3.

Production capacity was expanded ahead of the launch of the iX and i4, which also use this generation of current-excited synchronous motors. However, how many motors BMW can now produce there with the second line is not mentioned.

BMW generally states that together with the “production of high-voltage batteries for plug-in hybrids of the latest generation,” capacities for producing electric drives for over 500 000 vehicles per year would now be available.

“That’s why we are continuing to accelerate the ramp-up of e-mobility and further expanding our capacities in the global production network for electric drive components. Dingolfing plays a central role in this with its e-drive production competence center.”

BMW also updated employment at the component plant, saying that several hundred employees have been added since the beginning of the year. More than 2 300 people now work there, compared to 1 500 employees at the beginning of 2020.

“In the process, recruitment continues internally, but recently also increasingly on the external labor market,” BMW states. “Electricians for maintenance activities and plant operators are particularly in demand.”

iX1 in the snow

Meanwhile, the countdown is on for the third generation of the BMW X1 and, more specifically, for the first fully electrically powered version. The new BMW iX1  has a predicted consumption of 18,4 -17,3 kWh/100 km in the WLTP cycle; the electric range is 413-438 km in the WLTP cycle. These are predicted values based on the car’s current stage of development.

This iX1 has successfully completed driving dynamics testing at the BMW Group’s winter testing center in Arjeplog, northern Sweden. On snow-covered roads and specially prepared ice tracks around the town of Arjeplog close to the Arctic Circle, it joined the conventionally powered and plug-in hybrid variants of the new BMW X1.

It passed integrated application tests for its powertrain and chassis systems. Another fully electric model from the BMW Group has, therefore, reached the final phase of the series development process.

The BMW iX1 is the brand’s third SUV to feature a purely electric drive system and will be added to the model range immediately after the launch of the new BMW X1, which is scheduled to get underway in autumn 2022.

The fully electrically powered model is based on a flexible vehicle architecture and will be produced on the same assembly line as the combustion-engined and plug-in hybrid variants of the compact SAV.