60% of Belgians want climate-neutrality by 2050 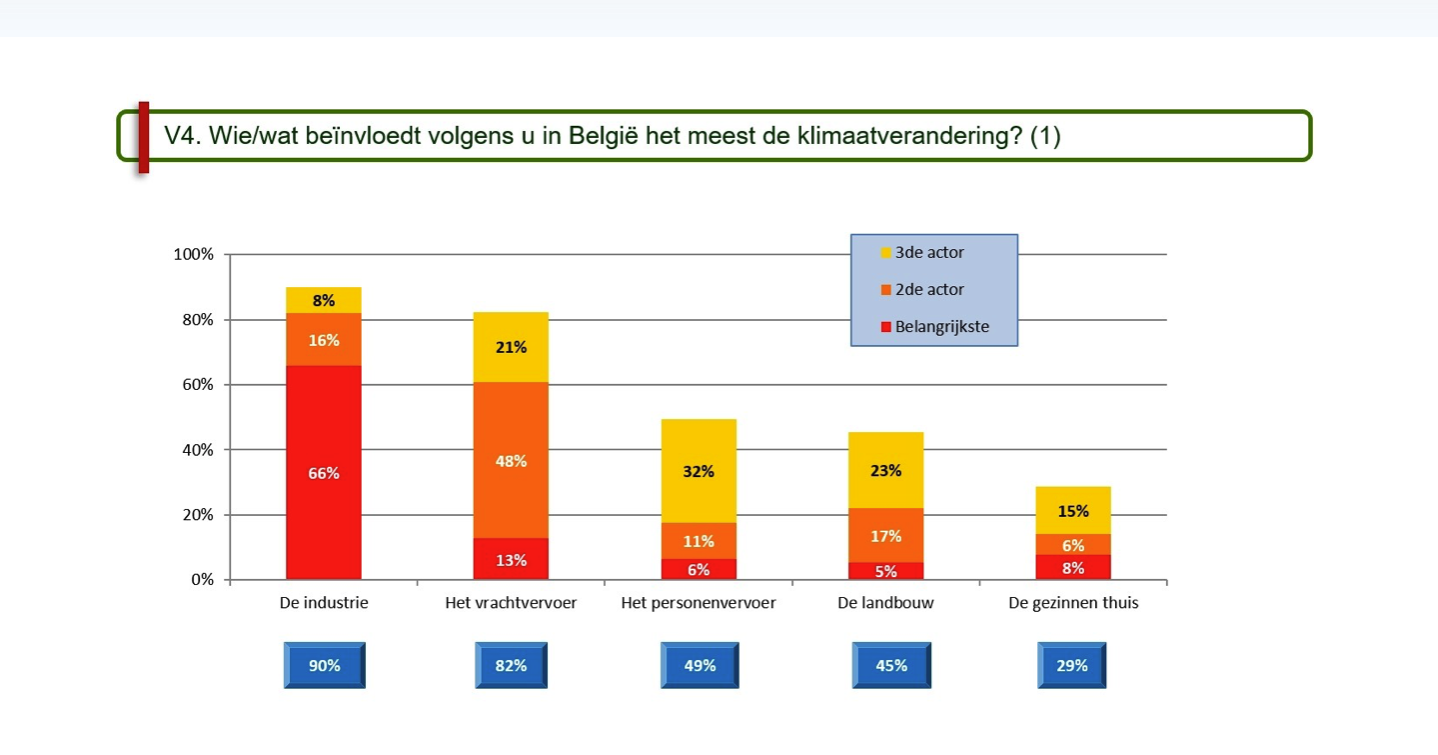 This graph illustrates who/what is considered the most important influencer when it comes to climate change in Belgium /klimaat.be

Climate change remains a ‘top of mind’ issue. Eight out of ten worry about climate change, and six out of ten Belgian citizens support the Belgian en European target to become climate neutral by 2050. However, only three out of ten feel that also families have to contribute.

The figures come from the fifth national climate survey of FPS Public Health, Safety of the Food Chain, and the Environment among 1 600 Belgians. Like previous editions, the recent survey indicates that Belgians mainly worry about the environment. A second issue is health. Climate change is a source of concern for eight out of ten Belgian inhabitants. A similar result compared with the survey from 2017.

Almost 60% of Belgians are convinced that the country needs to become climate neutral by 2050. To reach that, they expect efforts from the industry and the transport sector; two branches are considered the main cause of climate change. Belgians also expect efforts from different governments. According to the majority (65%), authorities should better cooperate and take on a coordinating role.

Most Belgians are well informed about the causes (transport, industry, deforestation…) and consequences of climate change, although the indirect causes, like heating, electricity consumption, and nutrition, are less well known.

When it comes to mobility, Belgians behave in an environmentally friendly way. Energy consumption is a point of particular interest for most citizens. A remarkable finding of this fifth survey is that – for the first time – the majority of Belgians (53%) are willing to pay more for an airline ticket.

The survey was held between September and October 2021 among 1 613 Belgian aged between 16 and 75. The study’s primary goal is to get a better perception of the knowledge and attitude of people concerning climate issues, their willingness to act, and their expectations with regard to the government.