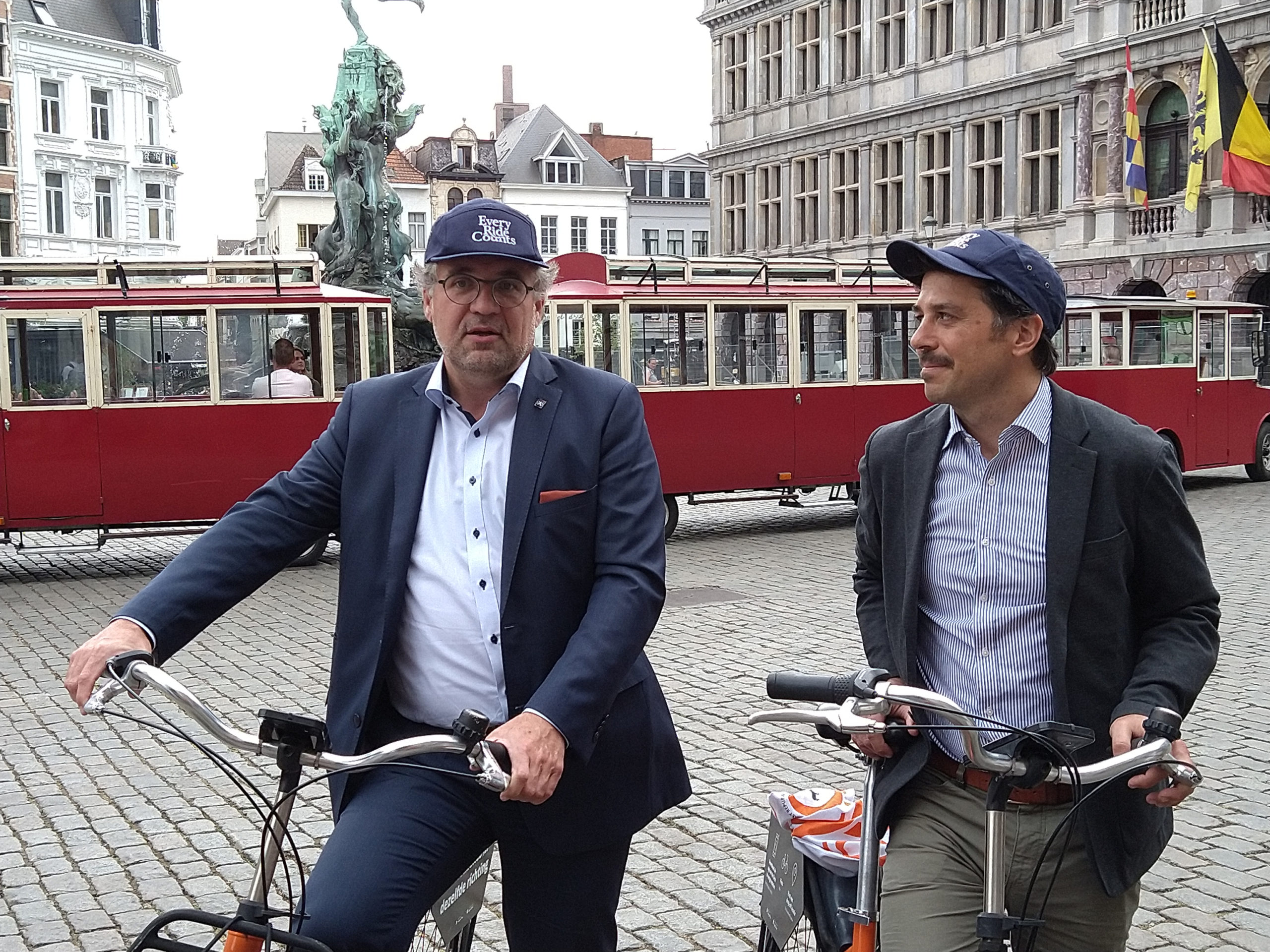 This summer, 32 municipalities of the Antwerp transport region and the Waasland will roll out a large shared e-bike platform. The project is intended to stimulate the modal shift. The coordinator is Lantis, manager of large construction projects like the Oosterweel connection in Antwerp. The Danish Donkey Republic will provide and maintain the bikes.

“As far as I know, this is the first shared e-bike system in the world for an entire region,” said Erdem Ovacik, CEO of Donkey Republic, during his visit to the Antwerp region. Until recently, the system was mainly intended to be used in the city center. Now, the bicycle network will connect the inner city with the suburbs.

In June 2021, the Donkey Republic already announced its plans to roll out its e-bike services in Antwerp. The network will contain 2 000 bicycles, mainly e-bikes. Over time, there could be more if local authorities, schools, hospitals, or companies want more stops.

The Donkey Republic’s bright orange bicycles will be ‘station-based’, just like the Antwerp Velo bikes. This means that users will be welcome at fixed stations where they can pick up or bring back a vehicle.

Users can see via an app where bicycles are available and they can book their ride in advance. A half-hour ride would cost 3 euros, and there will also be monthly and yearly subscription packages. Dropping off a used bicycle can be done at any station of choice, as long as the bike will be locked through the app.

The Antwerp University (UAntwerpen), among others, considers the Donkey Republic a possible partner to solve the mobility problem between its school grounds. Both partners are continuing the conversations.

Flanders already has about 800 Donkey Republic bikes riding around, in Courtrai and Ghent, among others; with the Antwerp project, there will be 2 000 more at one stroke.