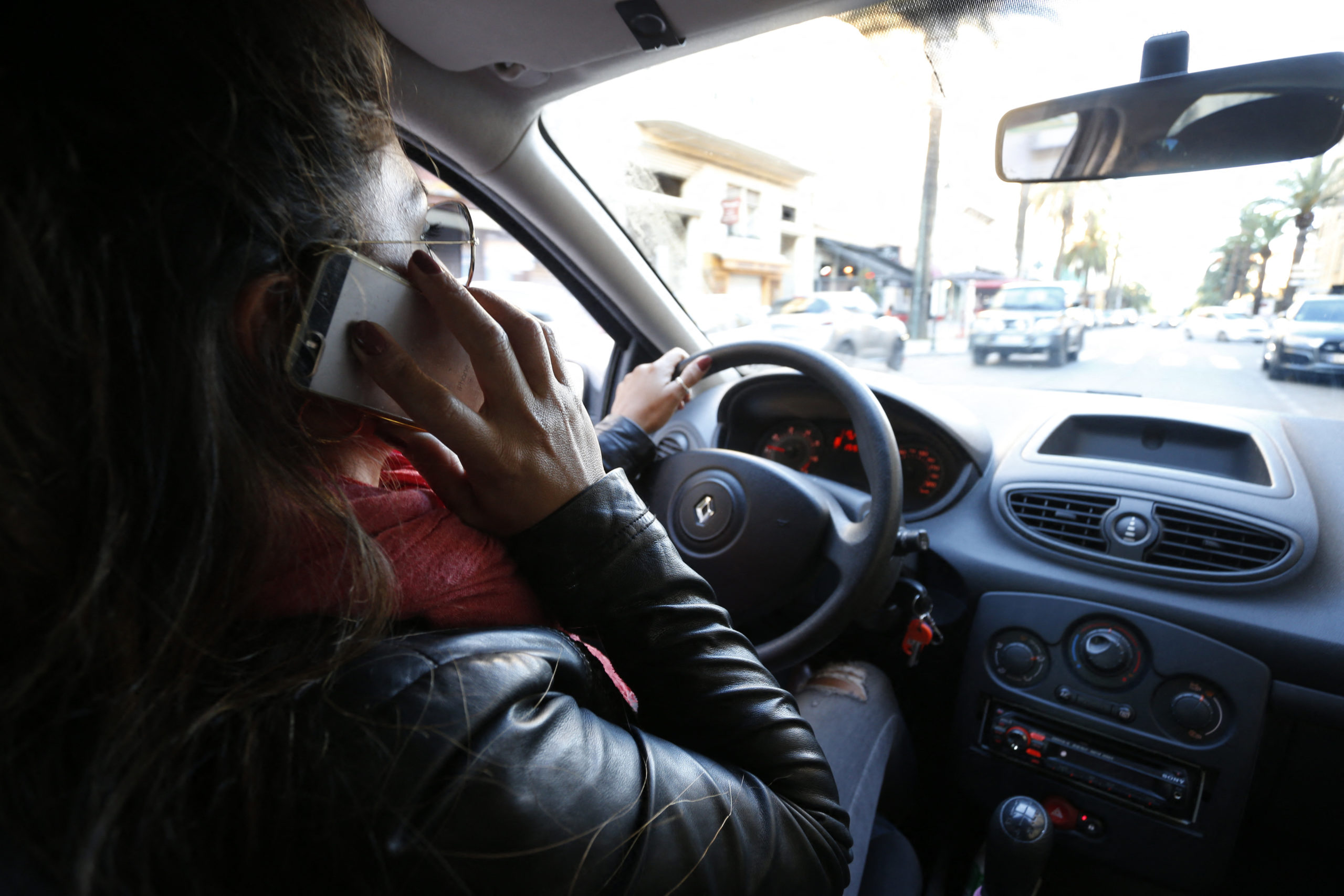 Since the introduction of the new traffic rules in March, cell phones and similar devices are only allowed to be used when they’re fixed in a suitable holder /Belga

Drivers who are caught using their smartphones while driving risk the immediate withdrawal of their driver’s license for eight days. That is what the public prosecutor of East Flanders announced. As a matter of fact, the prosecutor’s office confirmed to Belga News Agency that it already had revoked about a hundred driver’s licenses on Monday and Tuesday alone.

The inadmissible use of the smartphone at the wheel is immediately punished with an eight-day withdrawal of one’s driver’s license and an increased fine of 174 euros. A similar measure has been taken one month ago in the Brussels district of Halle-Vilvoorde.

For the public prosecutor of East Flanders, the infringement is considered serious. More and more people use their smartphones at the wheel. According to a European study, one out of four Belgian drivers are reading or sending messages while driving. One out of six still doesn’t call handsfree.

However, distraction at the wheel is dangerous. Using the phone is not only a visual distraction; it also leads our brains away from traffic. It narrows our sight and increases the reaction time and the braking distance. However, some (mainly middle-aged) drivers compensate for their distraction by driving more slowly.

The use of smartphones while driving is considered one of the major causes of traffic accidents. According to traffic safety institute Vias, 8% of fatal accidents are smartphone-related. Estimations indicate that every year, about 50 people get killed in traffic; some 4 500 get (seriously) injured.

Early in May, the Flemish Foundation for Traffic Science (Vlaamse Stichting Verkeerskunde, VSV) launched a new campaign against cell phones at the wheel. VSV discovered that more than eight out of ten drivers regularly use their smartphones while driving. The campaign’s message calls on drivers to ignore family and friends on social media and focus on the road.

Since March, smartphones and similar devices have to be fixed in a suitable holder. This implies that a driver is no longer allowed to use his cell phone when it’s lying around in the car, on the passenger seat, on the central console, or on his lap.