Hyundai to design and build ‘walking cars’ in Montana 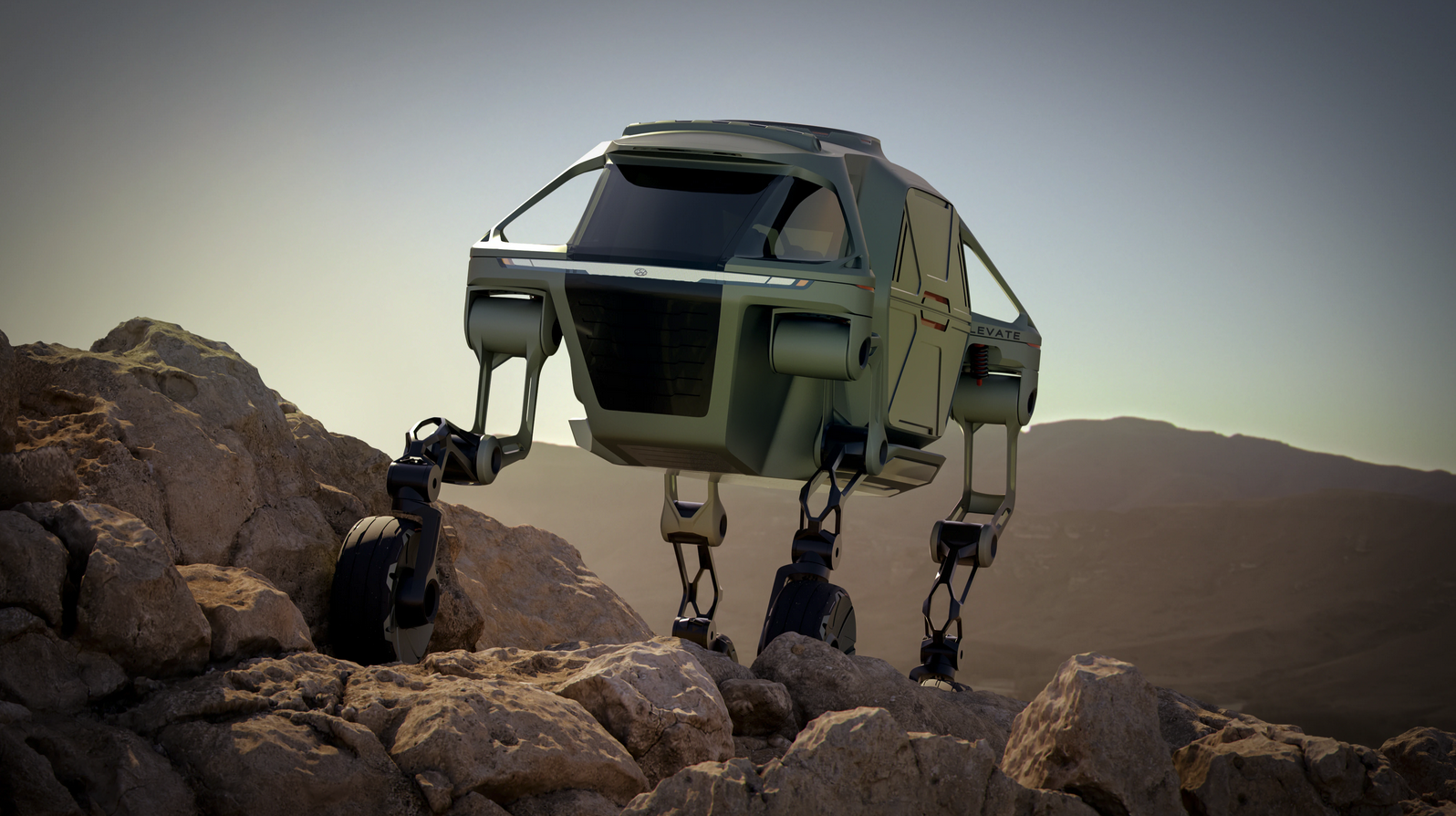 The Elevate is a kind of vehicle with four legs, half-robot, half-car, capable of driving but also of walking and climbing /Hyundai

South Korean carmaker Hyundai is investing $20 million in a new design and development center for future robotic vehicles, like ‘walking cars’, located in Montana State University’s Innovation Campus at Bozeman (US). It will employ a team of some fifty highly specialized engineers-scientists.

Hyundai’s New Horizons Studio (NHS), a unit focused on developing Ultimate Mobility Vehicles (UMVs), already showed in 2019 the ‘Elevate’, the concept of a car that can climb or walk on four legs on rugged terrain. One year later, it showed the Tiger X1, an autonomous robot car on extractable wheels building further on that concept.

According to the Hyundai press release, “NHS Bozeman is an estimated $20 million investment in Hyundai’s Progress for Humanity vision, redefining transportation with accessible, sustainable and smart mobility solutions. The all-new facility will serve as NHS headquarters and support prototyping, field testing, and application development for UMVs.”

“Montana is quickly becoming a hub for high-tech companies and entrepreneurs with a growing talent pool of skilled labor in the field of engineering, research, and natural science,” said Dr. John Suh, head of New Horizons Studio and vice president of Hyundai Motor Group. “Bozeman is a thriving and economic micropolitan city. Nestled near dozens of off-road trails with more than 150 miles of terrain and mountain access for UMV testing – it’s the perfect fit for our new R&D Lab.”

The Hyundai Elevate is a kind of vehicle with four legs, half-robot, half-car, capable of driving, walking, and climbing. Hyundai sees its creation in the first place as a possible lifesaver, for example, when a natural disaster has taken place.

In a short video at the Consumer Electronics Show (CES) in Las Vegas, the manufacturer showed possible vehicle applications, like serving as an ambulance, a taxi for disabled people, etc. The vehicle also looks like a sort of moon shuttle (like the rover) and could be used to explore other planets.

The next step in the development based on the Elevate is the Tiger X1. It’s outlandish. It can boldly go where no car has ever gone before. It’s a redefinition of mobility; we wrote when it was unveiled. The autonomous robot car on extractable wheels got its name from the acronym for Transforming Intelligent Ground Excursion Robot. It classifies as a UMV or Ultimate Mobility Vehicle.

The Tiger could still access any terrain that would be inaccessible for the most rugged of 4x4s. But since – and in contrast to the Elevate – it cannot carry any passengers, the purpose of this ‘legged’ car is more of scientific nature. Or for rescue and military operations or logistic businesses.

With the Elevate, the Tiger X1 shares its modular platform. That makes it suitable to adapt purpose-built add-ons, transforming it into a drone, for example. It is not unthinkable that this crewless robot car, which is not bigger than a suitcase, could be sent into space to investigate the surface of surrounding planets.

Since it can also rotate its wheels, it can move in any direction on the trickiest terrain. And because it can extend its ‘legs’, Tiger will tackle any obstacle due to the raised ground clearance.