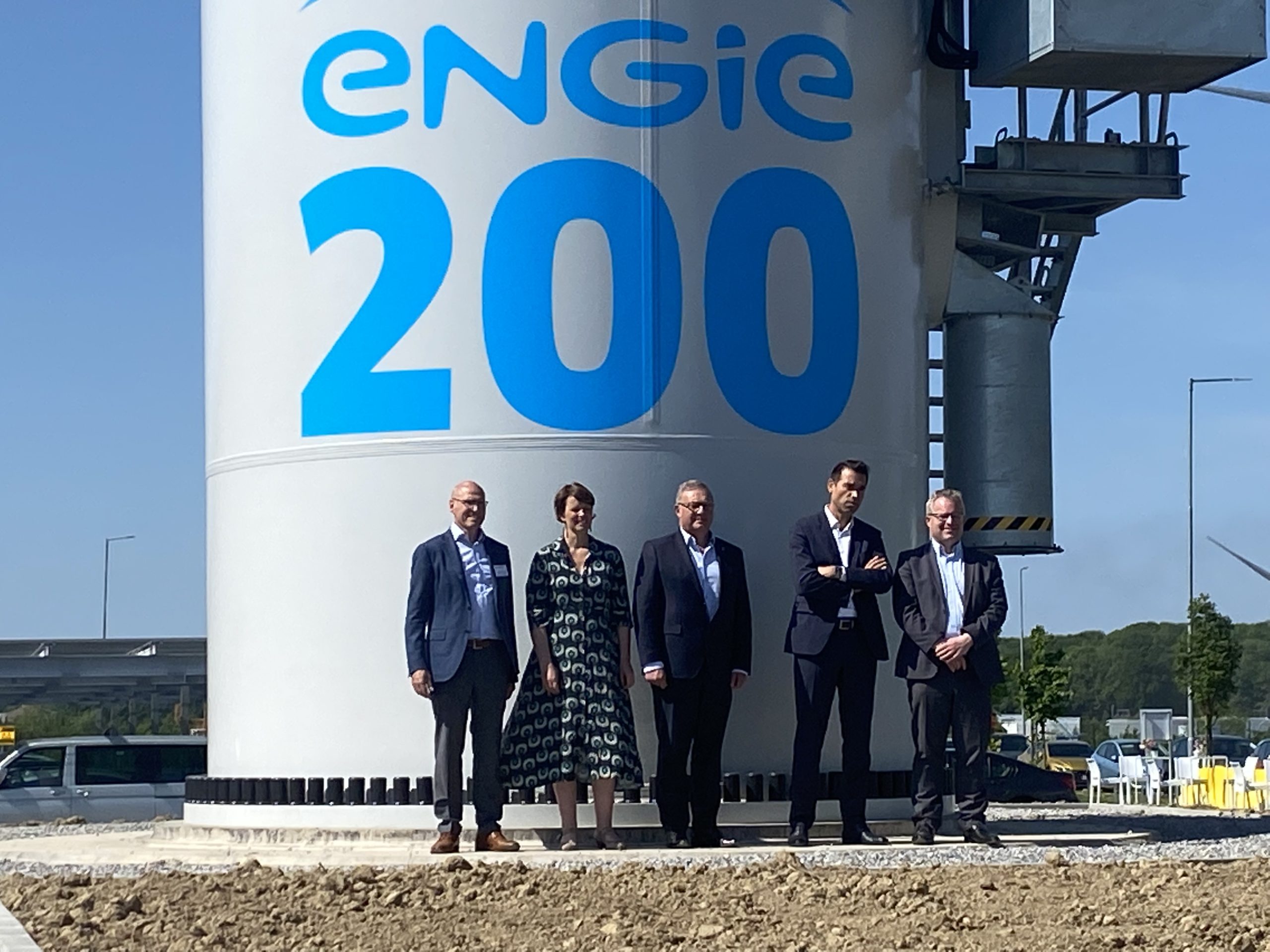 The two new wind turbines, among which Engie’s 200th, will produce 15 855 MWh annually, which is the equivalent of the energy need of almost 5 500 households, or more than 70% of the electricity consumption of the company’s site in Seneffe /Belga

On Wednesday, March 11th, energy provider Engie inaugurated its 200th wind turbine on Unilin Insulation’s site in Seneffe. Unilin Insulation is a construction company manufacturing thermal insulation materials. And the energy project contributes to the company’s target to reduce its CO2 emissions by 42% by 2030 and achieve climate neutrality by 2050.

The two new turbines are 178 meters high, and both have a 3,6 MW capacity. Together, with a total of 7,2 MW, they will produce 15 855 MWh annually. That’s the equivalent to the energy need of almost 5 500 households or more than 70% of the company’s electricity consumption in Seneffe.

So, both turbines will produce green and renewable energy and avoid 6 342 tons of CO2 emissions per year, or the equivalent of the annual emissions of almost 3 200 diesel cars.

Engie now has 894 MW of installed renewable capacity with this new wind farm, including 511 MW of onshore wind power, divided into 71 farms, which produce almost one terawatt-hour of energy annually, or the equivalent of 330 000 families’ consumption.

This capacity allows Engie to avoid almost 400 000 tons of CO2 emissions annually, equivalent to 200 000 diesel cars’ emissions. And Engie intends to double the wind capacity installed over the past twenty years to reach 1 000 MW by 2030. Engie was founded in 2001.

The Unilin Insulation Group has 105 production sites worldwide and employs 8 000 people. The company has 3 000 employees in Flanders, 370 in Wallonia, of which 55 in Feluy.

The Unilin wind project in Seneffe results from the public-private partnership Wind4Wallonia, which brings together Engie and five Walloon inter-municipal companies: InBW, Idefin, IEG, Sofilux, and CENEO, which includes IDEA, IDETA, and IGRETEC.