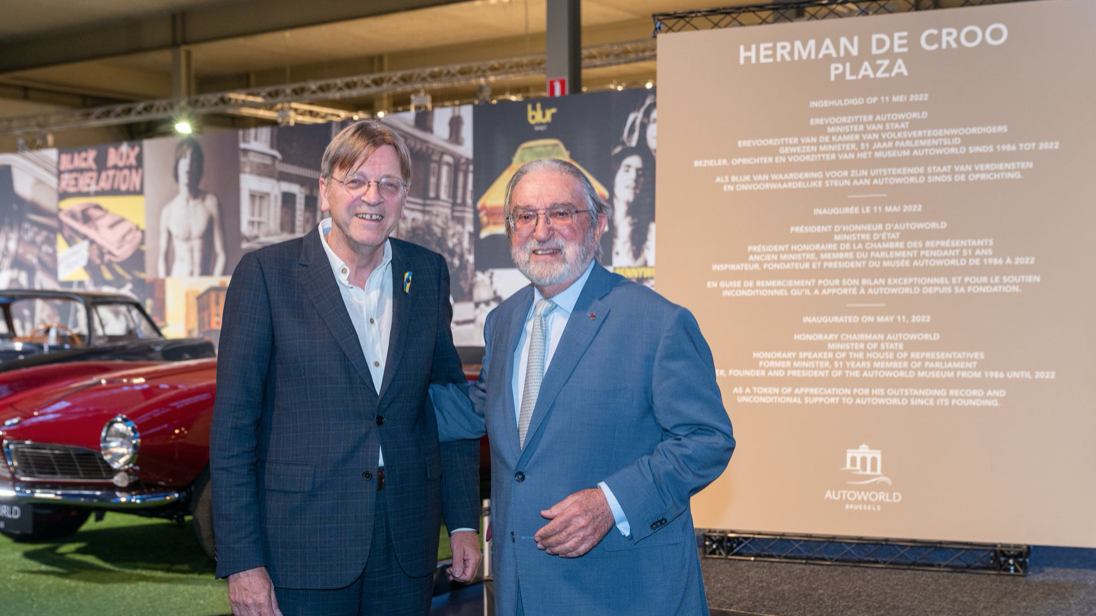 Guy Verhofstadt and Herman De Croo, the new and the old president of Autoworld, in front of the commemoration plaquette that will ornate the museum fro now on /Autoworld

Wednesday, a new president for the board was elected at the Autoworld museum in Brussels. Ex-Prime Minister Guy Verhofstadt, now still a member of the European Parliament, has accepted to succeed to another well-known Open-Vld politician, Herman De Croo, who has been heading the museum for 36 years. The entire Autoworld team is very grateful
This content has been archived. Log in or Subscribe to a level that has access to archived content.