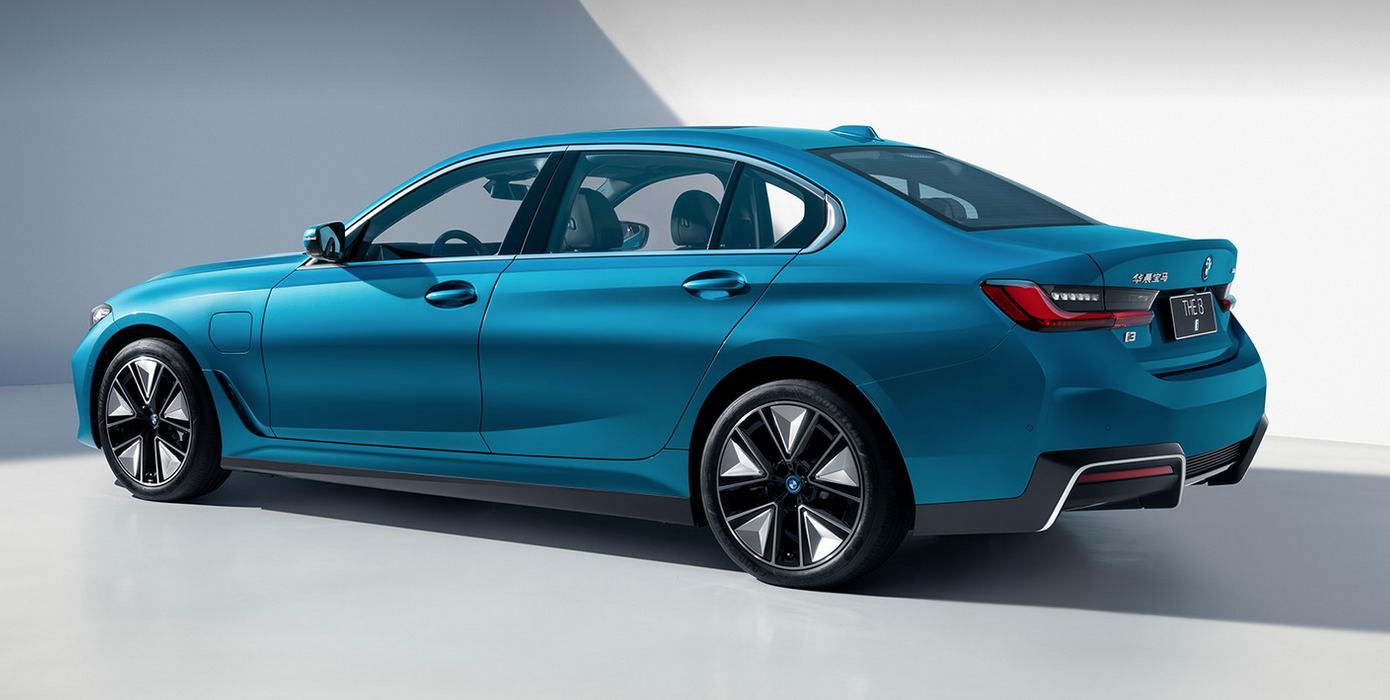 BMW just launched the predecessor of the 3 Series ‘Neue Klasse’, the i3 iDrive35L, but it’s only destined for the Chinese market /BMW

During the announcement of the latest quarterly figures, BMW CEO Oliver Zipse confirmed that ‘die Neuse Klasse’, the new New Class platform planned for 2025, will first be used in the 3 Series segment. Zipse did, however, also somewhat limit the future use of the platform.

Shortly after Zipse’s statement, the next strategic shift is now on the horizon. According to a report, BMW could switch to round cells for the battery. Apparently, the news agency Bloomberg has learned this from several sources.

Although the platform, primarily designed for electric powertrains, can also accommodate combustion engines, BMW apparently plans to launch the Neue Klasse in the 3 Series segment exclusively in pure electric mode.

“When it hits the market, it will be concentrated on the 3 Series segment. At that point in time, the market will have developed into a size where it is reasonable to have only one drivetrain in that architecture,” Zipse explained.

Previously, the New Class was sketched as a ‘cluster architecture’ on which electrified vehicles ranging in size from a 2 Series to an X7 could be based. It was BMW’s board member for development, Frank Weber, who presented it in that way in an interview with the English car magazine Autocar in October 2021.

According to the British magazine at the time, a PHEV drive with a combustion engine on the front axle and an electric motor on the rear axle should also be possible.

In an interview with Car Magazine, another British specialized car news provider, BMW Group CEO Oliver Zipse, has worded it somewhat differently. In its view, the goal of the New Class was “a perfect electrically driven car”.

“At a later stage, you could put another type of engine, a combustion engine, for example, on the front axle. The architecture is still BEV-centric. It gives you the absolute best electric driving performance as any pure electric platform; there is no contradiction at all,” Zipse was quoted.

So, Zipse is still keeping open the option of adding an internal combustion engine to the New Class at a later date. But it is also clear that “at this point in time (when the platform will be launched in 2025, editor’s note), it would be ‘reasonable’ to introduce only one drive.”

Focused on the mid-size segment

On another point, however, the BMW boss is more explicit.  “The architecture will be mainly focused on the mid-size segment. It does not cover the lower segments up to the luxury class,” Zipse said. This means that the cluster architecture from the compact 2 Series to the luxurious X7 would not have been implemented in this form.

Future model launches will show whether this will happen. Zipse did not give any reasons for the possible change of strategy to develop an architecture with a high degree of flexibility and then only use it in the mid-range.

It’s not sure yet which will be the first BEV ‘Neue Klasse’. It could be an electric sedan, a successor to the still very popular regular BMW 3 Series, but it could also be the successor of the iX3 e-SUV. The production of the first BMW electric vehicle on the New Class platform is scheduled for 2025. It will take place in BMW’s Debrecen factory in Hungary.

In its current e-models such as the iX and i4, BMW relies on prismatic cells of various sizes. This could be different for the New Class. The new cells are to be manufactured by BMW’s existing suppliers – currently CATL, Samsung SDI, Northvolt, and EVE Energy.

BMW has been using prismatic cells since the i3, but a change in cell format does not come as a complete surprise. BMW had already announced last year that it was developing a new generation of batteries for its “New Class” electric cars.

“We want to significantly increase the energy density of the cells and reduce the costs of material use and production at the same time. We will also significantly reduce the use of primary material to ensure a truly ‘green’ battery,” BMW CEO Oliver Zipse explained at the time.

If these assessments have indeed led to BMW relying on round cells in the future, it would be the second change of strategy around the New Class to become known within a few days. According to different sources, the design will help achieve the 30% cost reduction target.

BMW’s new round cells are expected to exceed the energy density of Tesla’s cells (4860) by “at least a double-digit percentage”. Which round cell format or which cell chemistry the Munich-based company favors, however, is not mentioned. Recent news about the newest CATL battery cells (CTP) being 13% more efficient than those of Tesla could indicate that the Munich manufacturer is still following another path. We’ll have to wait for confirmation.