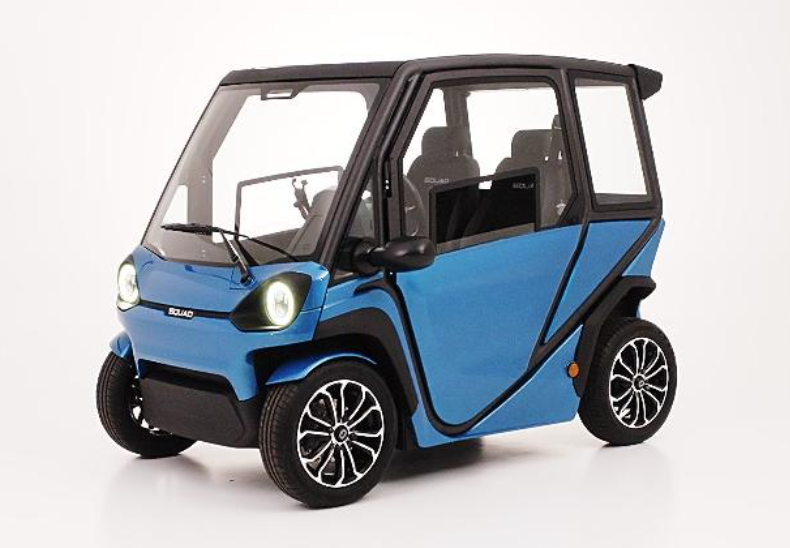 The Squad is a new; Dutch two-seater vehicle for urban use which is also partly solar powered. As such, it will be competing with the Citroën Ami and Mobilize Duo, which are both more expensive / Squad

The Dutch start-up Squad Mobility presents the final version of its solar two-seater, which was first shown three years ago and is scheduled to go into production in 2023. The Squad  (or Solar Quad) can be bought starting from € 6 250 net and can be reserved now via fully-refundable, non-binding pre-orders for the Netherlands, Germany, Belgium, and France.

CEO Robert Hoevers added that the company plans to expand through Europe moving south and east while exploring opportunities to enter the US market someday potentially.

Due to its classification as an L6e vehicle in the EU, it generally only requires a moped license to operate. As a result, drivers can be as young as 14, 15, or 16, depending on which country they are driving in. In terms of driver power, the Squad is propelled by two 2 kW rear in-wheel motors for a 4 kW total, which are powered by four swappable 1.6 kWh lithium-ion battery packs.

The resulting range stands at a proud 100 km on all four packs, while the Squad allows for a top speed of 45 kph. In addition to regenerative braking and 220V charging, the solar panels on the Squad’s roof can garner an additional 20 km of range a day, estimated on an average summer day in the EU.

The two occupants sit next to each other, the body reminds a little of a golf cart. Apart from the L6e, there’s also an L7 variant with seats in the rear on which two children up to 1,25 meters tall can take a seat. The Squad is 2 meters long, 1,2 meters wide, and 1,6 meters high.

As a result, it can park perpendicular to the street and has only a turning circle of 6 meters. This should make the Squad a very agile vehicle in dense urban traffic. As such, it is a direct contender for the Ami from Citroën (and other Stellantis makes) and the coming Renault Mobilize Duo. Here also, a little cargo version is in the pipeline. The Squad has a full roll cage and crash structure front and rear in aluminum for safety. 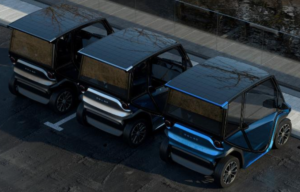 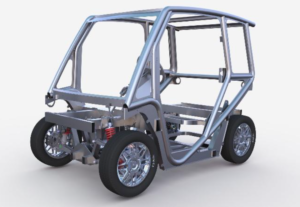