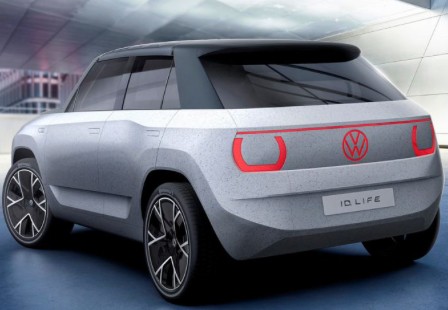 The production version of the ID.Life concept (a nod to the Golf 1) will be the ID.2. / VW ID.

After the ID.3, the ID.4, ID.5, and the ID. Buzz, it looks like the next in line of VW’s electric ID. products will be the compact ID.2. Earlier, VW already showed a concept version in the form of the ID. Life. So it looks like the production version of that ID. Life will not be called the ID.1, but the ID.2.

One thing is sure, nothing is certain…

Volkswagen will continue to build the compact and 100% electrically powered e-Up until 2025. The Up is the most compact car in VW’s range and is positioned below the Polo, and is also offered with classic petrol engines.

VW had imposed a “temporary” order freeze for the e-Up in September 2020. After demand had risen sharply with the innovation premium, the Wolfsburg-based company had taken the small electric car out of its range. Volkswagen only reopened the order books in February of this year.

However, less than two months later, the small electric car – for which there are hardly any alternatives in the segment – was already sold out again. The order books will likely be reopened due to the planned extension of the production period, but it will probably take some time.

On the Belgian market, the e-Up (the electric version) has been quietly dropped since the beginning of 2021. On the one hand, this is because demand for the compact electric vehicle was (too) limited and, on the other, because chip shortages also threw a spanner in the works, making it impossible to give a precise delivery date.

“It is currently unlikely that the car will return to the Belgian range, but one thing is for sure today nothing is certain,” says Jean-Marc Ponteville, D’Ieteren spokesman. “We hope that the compact ID.2 will come onto the market as soon as possible, and for now, it is on schedule”, concludes Ponteville.

“Production (in Bratislava) of the e-Up will not cease until the end of 2025”, states Hildegard Wortmann, Member of the Board at VW. The successor, ID.2, will likely be assembled in Spain (Seat plant at Martorell) from 2025 onwards.