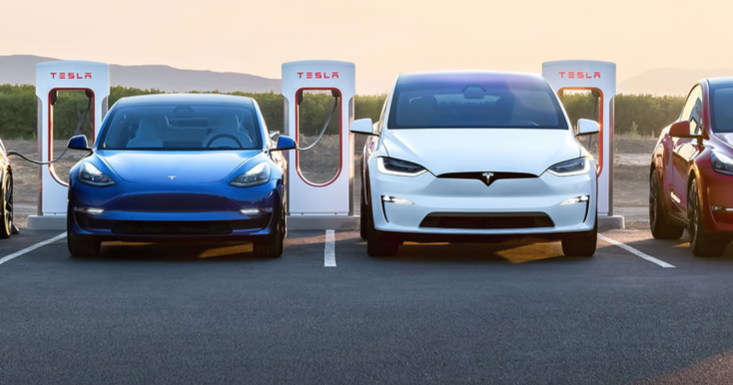 In a press release, the American EV manufacturer announced that also in Belgium, certain Tesla superchargers would be made available to electric vehicles of other brands. This means that 141 additional fast-charging points will now be available in Belgium.

Tesla drivers are not complaining

Tesla announced last year that it would open up its charging infrastructure to all users. This initially led to a pilot project in the Netherlands and Norway. The main objective was to determine whether Tesla drivers would oppose the potentially longer waiting times for a charge.

No complaints were heard and so today Tesla is taking the next step by introducing this approach in many more countries. Tesla has been building its own charging network since 2013 because at the time this was the only way to make traveling with a Tesla possible. Today, Tesla has about 8 000 charging stations in Europe at 750 strategic locations, most of which are set up on or near major traffic axes.

In Belgium, 9 of the 14 Tesla charging stations will become available to everyone. These are the stations in Antwerp, Arlon, Edegem, Zolder, Lokeren, Namur, Verviers, Wavre and Remouchamps. Some of these stations deliver a charging power of up to 350 kW, which also makes them the fastest chargers.

In itself, this is not so important, because not all EVs can handle such ultra-high charging speeds. Moreover, practice has shown that not all stations always deliver the promised speeds.

The popularisation of the Tesla charging network is not a work of kindness, but is part of a well-thought-out strategy. With the arrival of 140+ fast chargers, Tesla instantly becomes the biggest player on the Belgian market. The other major players (Allego, Ionity, and Fastned) have fewer units on Belgian territory, although they’re working hard to improve.

For Tesla, the charging network has become a separate business, alongside the production of electric vehicles. Elon Musk said earlier in interviews that building electric vehicles was not the company’s ultimate goal.

He considered the production of batteries (technology) more important, and charging is a crucial element of that development. Fast charging is very expensive for consumers, as 1 kWh costs about € 0,7. People with more time available can fill up their battery for half the price at a ‘slow’ AC charging station (usually with an 11 kW output).