‘Back to the future’: DeLorean Alpha5 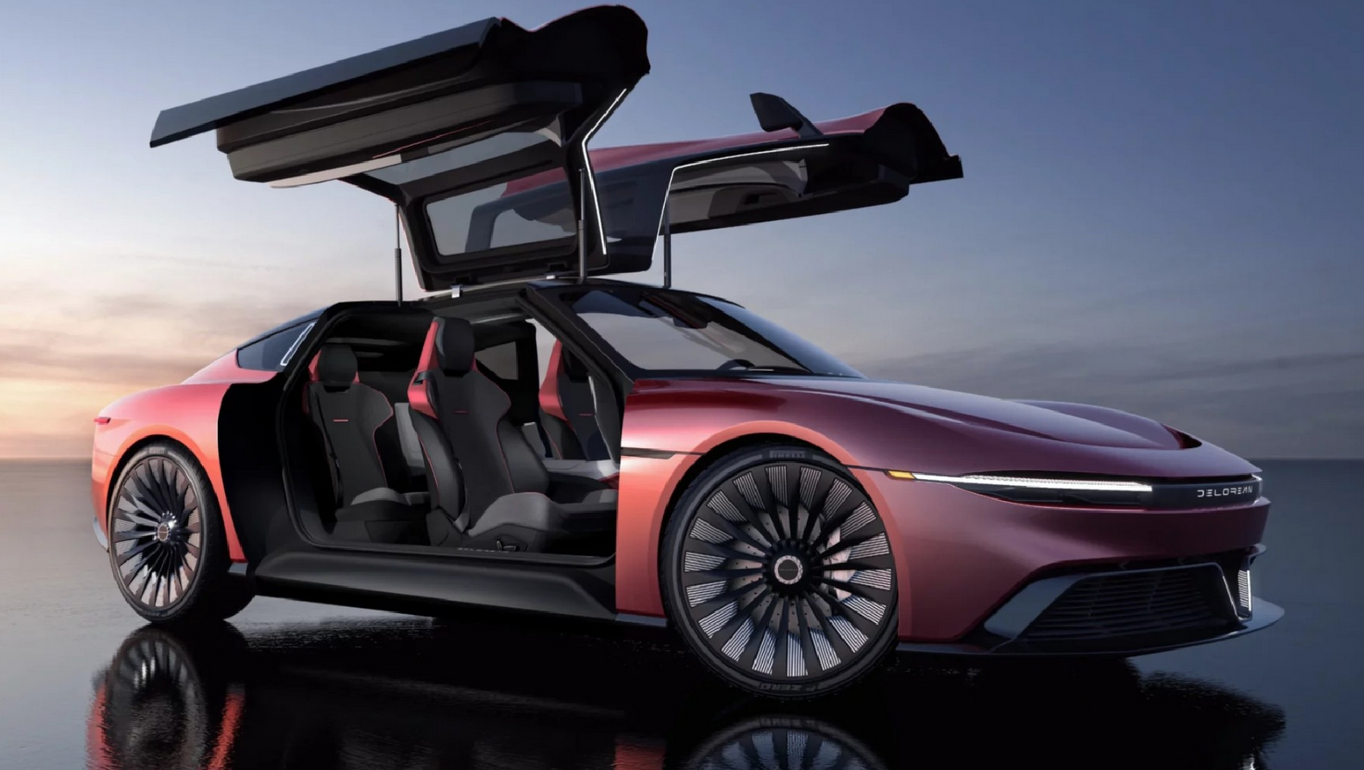 The all-new model from DeLorean Motor Company (DMC) was set for a digital launch today following several teasers. Still, the automaker released the first pictures and information earlier than expected through the official website for anyone signing up for news and updates.

The DeLorean Alpha5 is designed by Italdesign, just like its predecessor. It is a low-slung four-seater grand tourer (GT) with massive gullwing doors and a fully electric powertrain. Reminiscences to the original DMC 12 (the hero of the box office ‘Back to the Future’) are aplenty, but the new Alpha5 is innovating enough to please the current automotive society.

Taycan and the likes

The DeLorean Alpha5 has a relatively large footprint, measuring 4 995 mm long, 2 044 mm wide, and just 1 370 mm tall. This makes it slightly longer, wider, and lower than a Porsche Taycan.

The sheer size of the gullwing doors allows easier access to the cabin, which has four individual seats. The dashboard is characterized by simple lines, with a digital instrument cluster being the focus point behind the modern-styled flat-bottom steering wheel. There is a second, smaller touchscreen screen for the infotainment on the high-mounted floating center console.

DeLorean hasn’t given us details of the platform yet, but announced some estimated spec figures for the ‘Base Performance Model’. A large 100 kWh battery promises 483 km of range. The output of the electric motors isn’t specified yet, but the Alpha5 will accelerate from 0-96 kph in 2,99 seconds. The top speed will be 250 kph.

According to Joos de Vries, Chief Executive Officer of Delorean Motor Company, “The Alpha5 is for people that love to drive”.

Neilo Harris, Vice President of the brand, adds: “We have been allowed to reimagine a brand that has meant so much to so many people from all corners of the globe for four decades. DeLorean has touched so many lives and set the stage for so many memories… We are all now witnessing a new chapter of this amazing story”.

We will learn more about the DeLorean Alpha5 at the official premiere on August 18 at the Pebble Beach Concours d’ Elegance.

While the DeLorean Motor Company is headquartered in the US, production of the Alpha5 will be outsourced in Italy, with the powertrain coming from a UK partner. The Alpha5 will initially be offered in just 88 units, referencing the speed of the time-travel DMC-12 in the Back To The Future movies.

Other products will be a sports coupé powered by a V8 engine, a battery-electric saloon, and a premium sports SUV with a hydrogen-fueled powertrain. “We need an SUV for volume,” de Vries says. “The business case is an SUV that will be launched very quickly after we launch our halo car, but we need that halo car first.”

To be previewed after the coupé’s Pebble Beach debut, this larger model will be sized to compete – predominantly in the US – with full-size luxury SUVs but still with obvious stylistic links to the halo car. The SUV will take its power from a hydrogen powertrain because DeLorean is “not convinced that batteries are the end goal”. de Vries is firm in his belief that “there’s no one road to Rome” when it comes to phasing out fossil fuels.

With its initial seed round of funding complete, DeLorean’s subsequent financing round will be tied to an IPO, possibly in August. de Vries explains: “We will be a public company. We have to be. Building cars isn’t cheap, and you need lots of money to make it happen.” 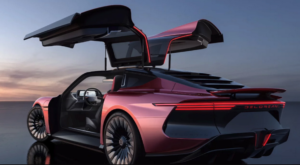 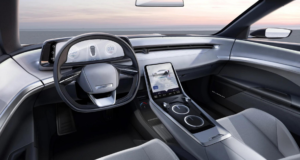