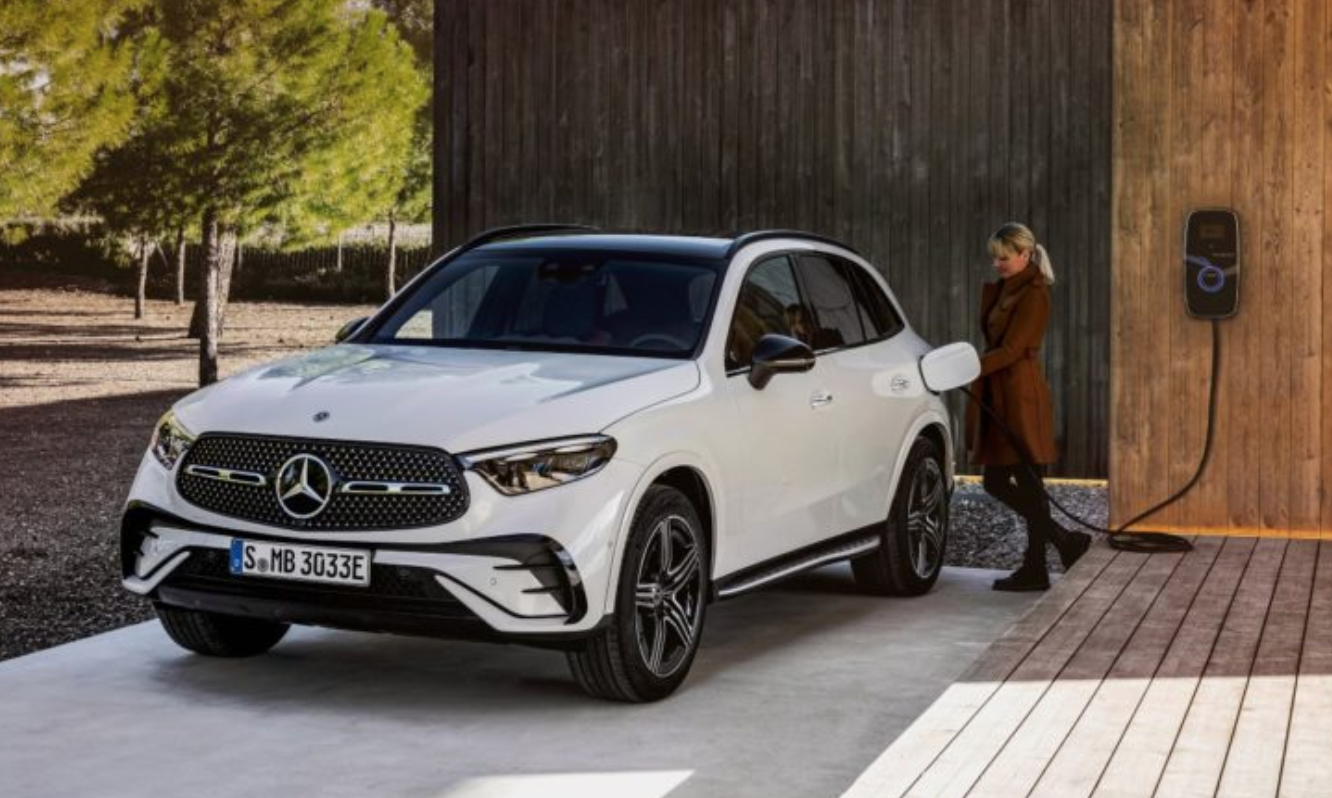 Mercedes-Benz has presented the new generation of its popular SUV model GLC. Only electrified drives are used, which means at least a 48-volt mild hybrid. Three plug-in hybrids offer a battery range of more than 100 kilometers each.

According to the press release, the core of all three plug-in hybrids is the new battery, an in-house development by Mercedes-Benz. It has a total capacity of 31,2 kWh. It should not only enable a range of more than 100 kilometers, according to WLTP City but also be able to be charged quickly.

The maximum DC charging power of the GLC PHEV is optionally 60 kW. Even with an empty battery, charging should be possible in around 30 minutes. On the AC side, depending on the market, an 11 kW charger is on board as standard. Mercedes does not state the charging time in the press release, but it should be slightly less than three hours with a suitable charging station or wall box.

Since the battery’s power density has been increased, DC charging can also increase the temperature in the cells, and the new battery has an internal cooling system. This should improve the DC charging curve and continuous operation in hot and cold countries. The electric motor’s output ( permanently excited synchronous type) is 100 kW in all variants, and Mercedes states the maximum torque at 440 Nm. This allows the GLC to drive up to 140 km/h purely on electric power.

In addition to the higher e-range, a ‘significantly more electric driving experience’ was one of the development goals. Mercedes claims to have improved the hybrid driving program. The electric driving mode is automatically scheduled for the most sensible sections of the route.

The electric driving experience (and the efficiency) is also to be improved by a new, vacuum-independent, electromechanical brake booster. According to Mercedes, this automatically controls the flexible switch between hydraulic braking and recuperation depending on the driving situation – this is intended to achieve the best energy recovery. The system is designed to utilize the maximum recuperation power  (also 100 kW) more frequently.

Since the GLC is often used as a towing vehicle, Mercedes has also approved things here. The plug-in hybrids can tow up to two tonnes, the mild-hybrid petrol 2,4 tonnes and the mild-hybrid diesel 2,5 tonnes. The drawbar load is 100 kilograms in all cases. Another new feature is a trailer route planner that considers drive-through widths and drive-through heights.

The plug-in hybrids get air suspension and level control on the rear axle as standard for the chassis. The full Airmatic system is available at extra cost. Like the electric EQE and EQS, the GLC also gets rear-axle steering, but here only as an option. The steering angle on the rear axle is up to 4,5 degrees. This reduces the turning circle by 90 centimeters to a handy 10,9 meters.

In terms of bodywork, the new GLC has become six centimeters longer at 4,71 m. The car is slightly narrower from wing mirror to wing mirror; the height is more or less the same. With up to 600 liters, the boot has become 50 liters larger. Inside, the GLC follows the design of the current Mercedes models, with a large central display (11,9 inches) dominating the dashboard design.

“With its high level of ride comfort and convincing overall acoustics, the GLC is a superb long-distance companion and great fun to drive,” says Jörg Bartels, Head of Integration Complete Vehicle. “The new GLC comes with all the attributes that make a Mercedes-Benz SUV: uncompromising handling safety on the road, outstanding driving dynamics, and superior performance when off-road.” Mercedes hasn’t released official prices yet. 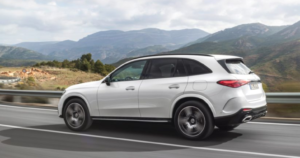 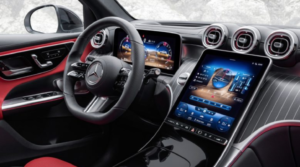 Mercedes-Benz has also just laid the symbolic foundation stone for a new competence center for the research and development of future generations of batteries and battery cells on the grounds of its main plant in Stuttgart-Untertürkheim. The so-called ‘Mercedes-Benz eCampus’ will be gradually put into operation from 2023.

Among other things, a factory for the small-series production of battery cells will be housed there at the start, according to the carmaker. By the “middle of the decade”, a Battery Safety Lab and various test rigs for testing and trialing new battery generations will be built.

The unspecified three-digit million investment in the eCampus is intended to underpin the future viability of the almost 120-year-old plant. From an engine and component plant, Untertürkheim is to be turned into a “high-tech location for drive technologies as part of the Group’s ‘Electric Only’ strategy.”

“This groundbreaking ceremony symbolizes the future of our traditional location in Stuttgart-Untertürkheim,” says Ola Källenius, CEO of the Mercedes-Benz Group. “Together with our highly trained and motivated workforce, we are shaping the transition into a new electric era. As a result, Untertürkheim will continue to be the center of Mercedes-Benz drive expertise in the future.”