BMW’s ‘New Class’ EV plant will be in Debrecen, Hungary 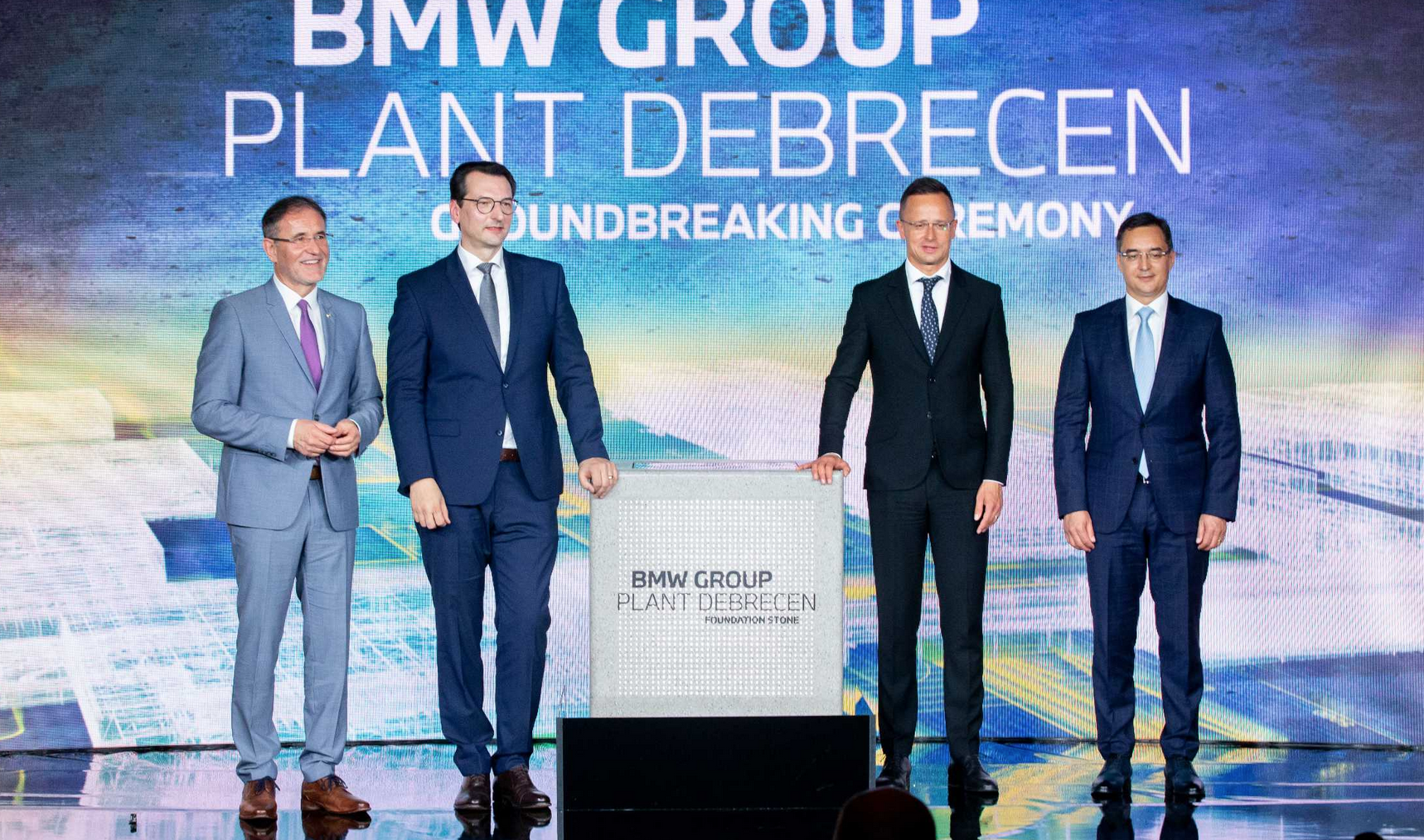 From left: Hans-Peter Kemser, Head of BMW Group Plant Debrecen, Milan Nedeljković, Member of the Board of Management of BMW AG, Production, Péter Szijjártó, Hungarian Minister for Foreign and Trade Policy, and László Papp, Mayor of the City of Debrecen /BMW

The BMW Group has laid the foundation stone for its new electric car plant in Debrecen, Hungary. The company invests more than one billion euros in the site, where series production for the first all-electric New Class vehicle will start in 2025.

It will be a complete vehicle plant with a press shop, body shop, paint shop, and assembly. It is being built on more than 400 hectares in the northwest of the Hungarian city of Debrecen. The capacity is around 150 000 units per year. The BMW press release emphasizes that this will be the world’s first CO2-free car plant.

In terms of production itself, BMW is focusing on flexibility. “Plant Debrecen will set new standards in highly innovative vehicle manufacturing,” said BMW board member for production Milan Nedeljković while laying the foundation stone. “This plant is state-of-the-art in terms of flexibility, sustainability, and digitalization in the entire automotive industry.”

A month ago, the Munich-based carmaker gave details of its so-called ‘iFactory’ strategy. The production strategy, which BMW also calls “the master plan for the production of the future” in the announcement, will first be applied in its entirety in Debrecen with the ‘New Class‘ but will be implemented in all BMW plants in the future.

“The BMW iFactory is not a one-off showpiece but an approach we will implement at all our plants in the future – from our 100-year-old home plant in Munich to our forthcoming plant in Debrecen, Hungary,” said Nedeljković.

“Flexibility remains the key competitive advantage of BMW Group production, now and in the future,” the group states. “The company’s production structures are so flexible that a single production line can produce different drive types and vehicle models. They also set the standard in terms of rapid responsiveness and adaptability, absorbing supply bottlenecks and shortages comparatively spontaneously and reacting quickly to fluctuations in demand. By 2030 we aim to reduce CO2 emissions from production by 80 percent compared to 2019.”

The New Class is a cluster architecture on which the brand’s future electric cars are to be based. Recently, however, there have been reports that there might have been a change of strategy regarding the New Class. According to the latest statements by BMW boss Oliver Zipse, the New Class will “mainly focus on the mid-size segment”. Previously, it had been said that vehicles from the compact to the luxury segment would be based on the cluster architecture.

According to Zipse’s statement on the mid-size segment, the debut of the New Class, internally called NK1, and built in Debrecen, will be a vehicle in the 3-series segment. While there has been speculation about an electric 3 Series sedan, it could also be a 3 Series-sized crossover or SUV.

BMW did not comment on this in the current announcement on laying the foundation stone. Instead, production director Nedeljković praises the possibilities of the new platform in a new plant. “The Neue Klasse is a unique opportunity for us to rethink automotive production in every respect completely,” he said. “In BMW Production, our strategic vision is the BMW iFactory with its three dimensions: Lean. Green, and Digital., and we will implement it perfectly in our new facility.”

A significant part of the energy required is to be generated directly on the plant site by large-scale photovoltaic systems. In addition, the plant will obtain 100% of its electricity from regional renewable sources. The use of geothermal energy is also being investigated.

The paint shop also plays an important role: Until now, the drying system in other car plants has been based on gas-powered burners. In Debrecen, BMW relies on new electric heaters. 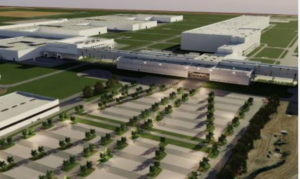