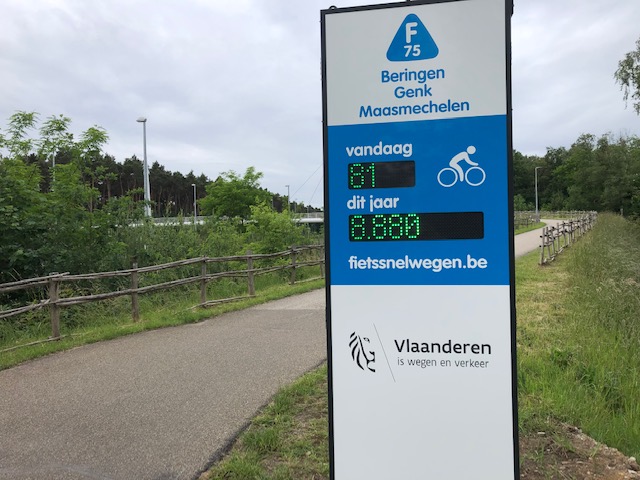 This weekend, Flemish Minister for Mobility, Lydia Peeters (Open Vld), officially inaugurated the first counting post for cyclists at the former train station of As (Limburg). The Minister allocates one million euros to install some sixty similar counting posts in all Flemish provinces. Each province will have twelve counting locations.

Cycling has become increasingly popular in Flanders, especially since the corona pandemic. Most people use their (e)-bikes for recreational purposes, which is a positive trend, but the minister wants to stimulate the use of bikes for functional trips.

“For instance, they can indicate how popular some bike tracks are, or they can show us the impact of particular investments in bicycle infrastructure.” Knowledge is power, the minister concludes.

For comparison: in the Netherlands, 26% of all trips are done by bike. The Dutch are head and shoulder above the rest of Europe. The second place is for Denmark (19%), followed by Belgium (16%), Germany (10%), Austria, Switzerland, and Sweden (all less than 10%).