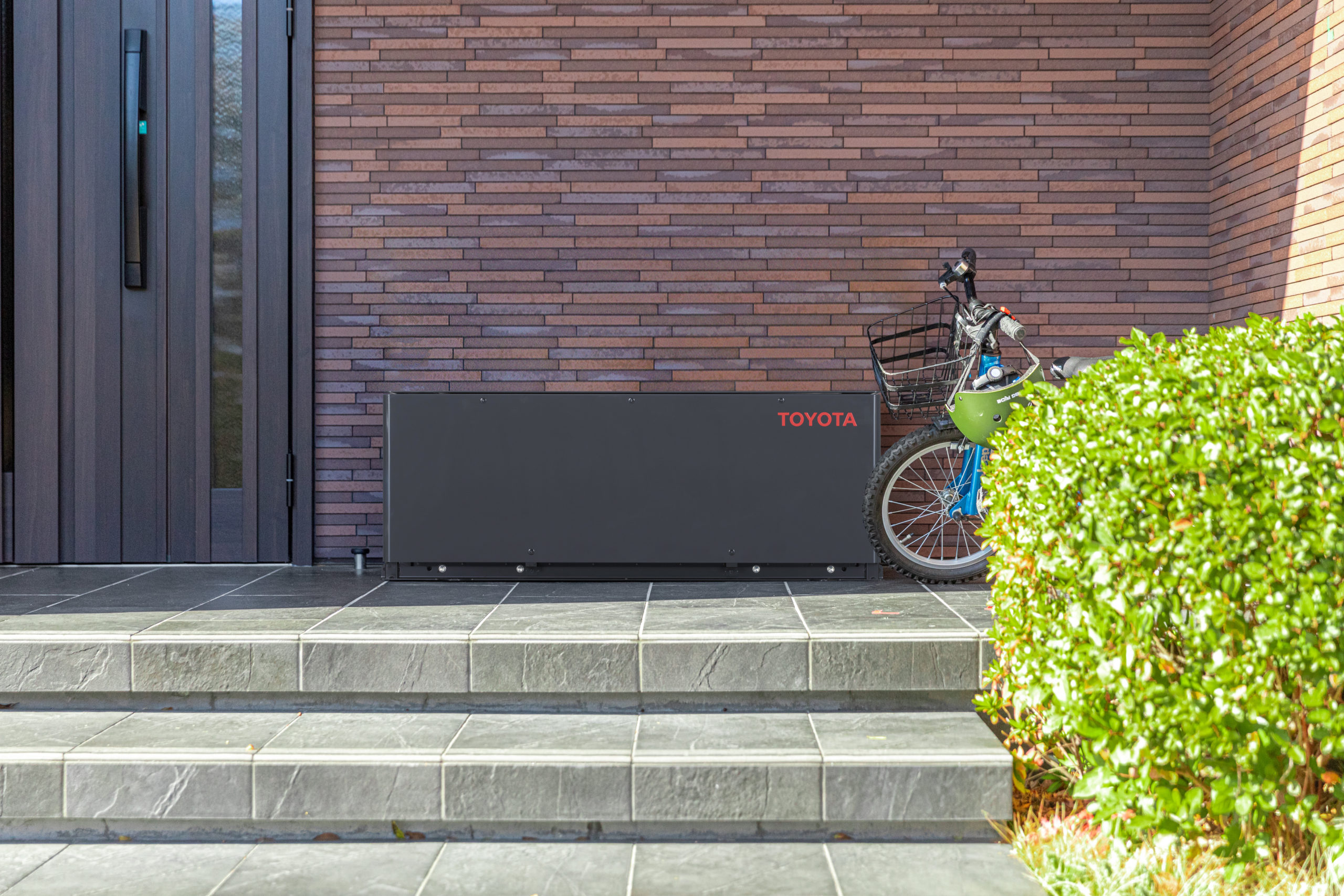 Japanese car giant Toyota is launching in its home country its own version of a home backup battery system, seven years after Tesla led the way with its Powerwall. The O-Uchi Kyuden System allows to back up the home’s electric needs with a rated output of up to 5,5 kWh using stored power from the grid, solar panels, or whatever electrified car: EVs, PHEVs, FCEVs, and even HEVs.

“Unique to Toyota, the system supports supplying up to 1,1 kW of power from electrified vehicles (HEV, PHEV, BEV, FCEV) at 100 V AC, and can use electricity stored in electrified vehicles as a backup power source during power outages, allowing users to live with peace of mind,” the press release states.

The latter is done with a special vehicle power supply adapter and an AC cable with a leak breaker that can be plugged into the 100 V AC plug the Japanese versions of Toyota’s electrified car models have. This way Toyota has its own version of ‘bi-directional’ charging in an indirect manner.

The base of the system is the lithium-ion battery pack with a capacity of 8,7 kWh, weighing 142 kg and to be placed outside on the floor. The pack itself measures 1 142 x 341 x 432 mm. To compare, the Tesla Powerwall has an energy capacity of 13,5 kWh with a peak capacity output of 7 kW (5 kW continuously).

The central heart of the Toyota system is a hybrid power conditioner that allows drawing electricity from the grid, a set of solar panels, or a connected electrified car. The O-Uchi Kyuden System will be available in Japan from August 2022. Prices are not unveiled yet by Toyota. So far no word about intentions to offer the system in other markets. 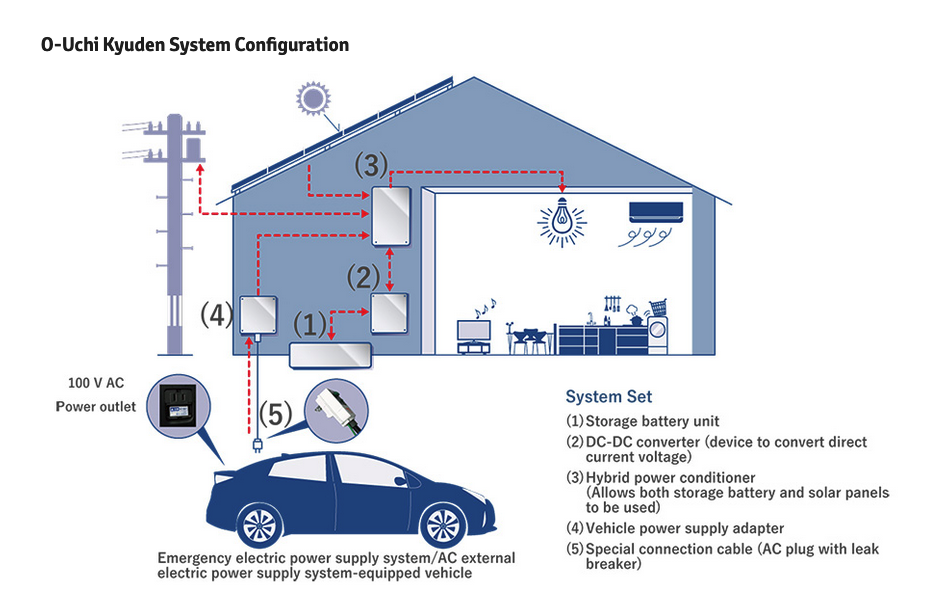 With a wireless LAN router connected to the hybrid power conditioner users can view storage capacity, operation mode, and other settings and set them in real-time from a smartphone or tablet via an app that, “of now, is only available in Japanese”, says Toyota. Suggesting other languages aren’t excluded in the future. 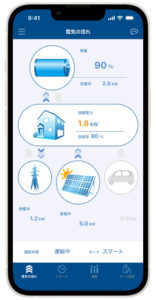