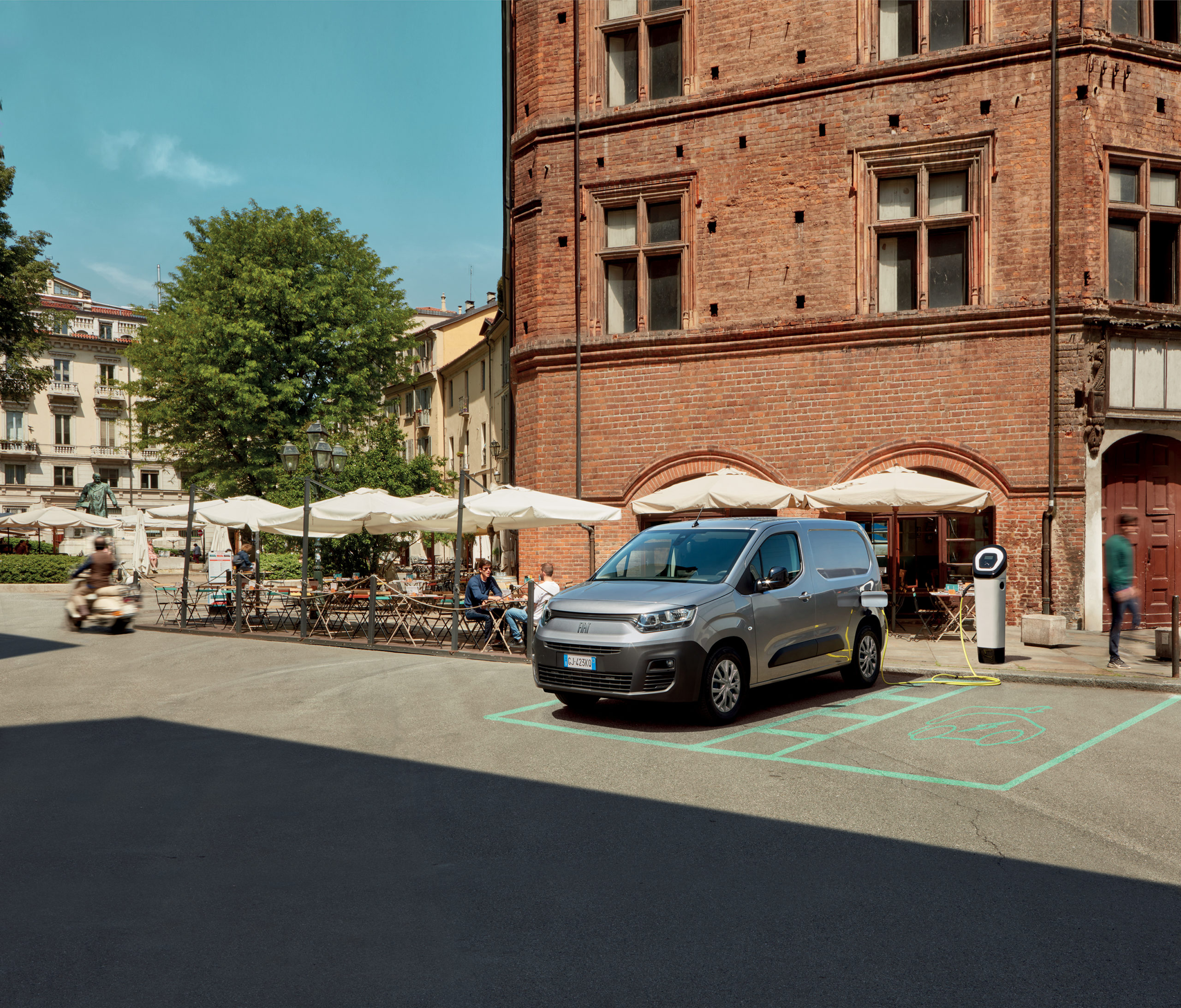 Fiat is exclusively equipping the van version of the Doblò with the electric drive (for now). Unlike the other Stellantis brands, the passenger car derivative of the compact Fiat van is only available with conventional (and cheaper) internal combustion engines /Fiat

Fiat has announced in a press release that a new Doblò will soon be available on the Belgian market. This third generation of the famous van will also be offered with an electric drivetrain.

The renewal of the Doblò fits in the rationalization of the product range within the Stellantis group. Following Fiat’s integration into the Stellantis structure, it was only a matter of time before the group started to build all its compact vans on the same architecture.

This is happening today, as the production of the new Doblò is moving to the Spanish production site in Vigo, where the Peugeot Partner and Citroën Berlingo also roll off the assembly line. According to Fiat spokesman Wim Willems, the order book opens on 15 June this year, and deliveries will follow quickly.

Fiat has stated that a 100% electrically powered version will also be available. It fits with Fiat’s strategy of launching an electric version of each new model by 2024. At that pace, Fiat intends to offer a full range of electric vehicles from 2027 at the very latest.

According to the manufacturer, the E-Doblò has a range of 285 km. The powertrain is familiar from Citroën and Peugeot vans; it is an electric motor with an output of 100 kW (136 hp) and 260 Nm of torque, which draws its energy from a 50 kWh battery.

Nice detail of the electric version is the ‘Magic Plug’ in the cargo space, which provides 230 volts to power electric tools, a bicycle charger, or a fridge. The E-Doblò is also compatible with a DC fast charger that draws up to 100 kW of power, allowing the battery to be charged to 80% in 30 minutes.

Besides the electrically powered version, Fiat also maintains the classic combustion engines in its range. The Fiat Professional van is available with a gasoline engine (1.2 turbo with 110 hp), a diesel (1.5 with 100 hp), and an electric version.