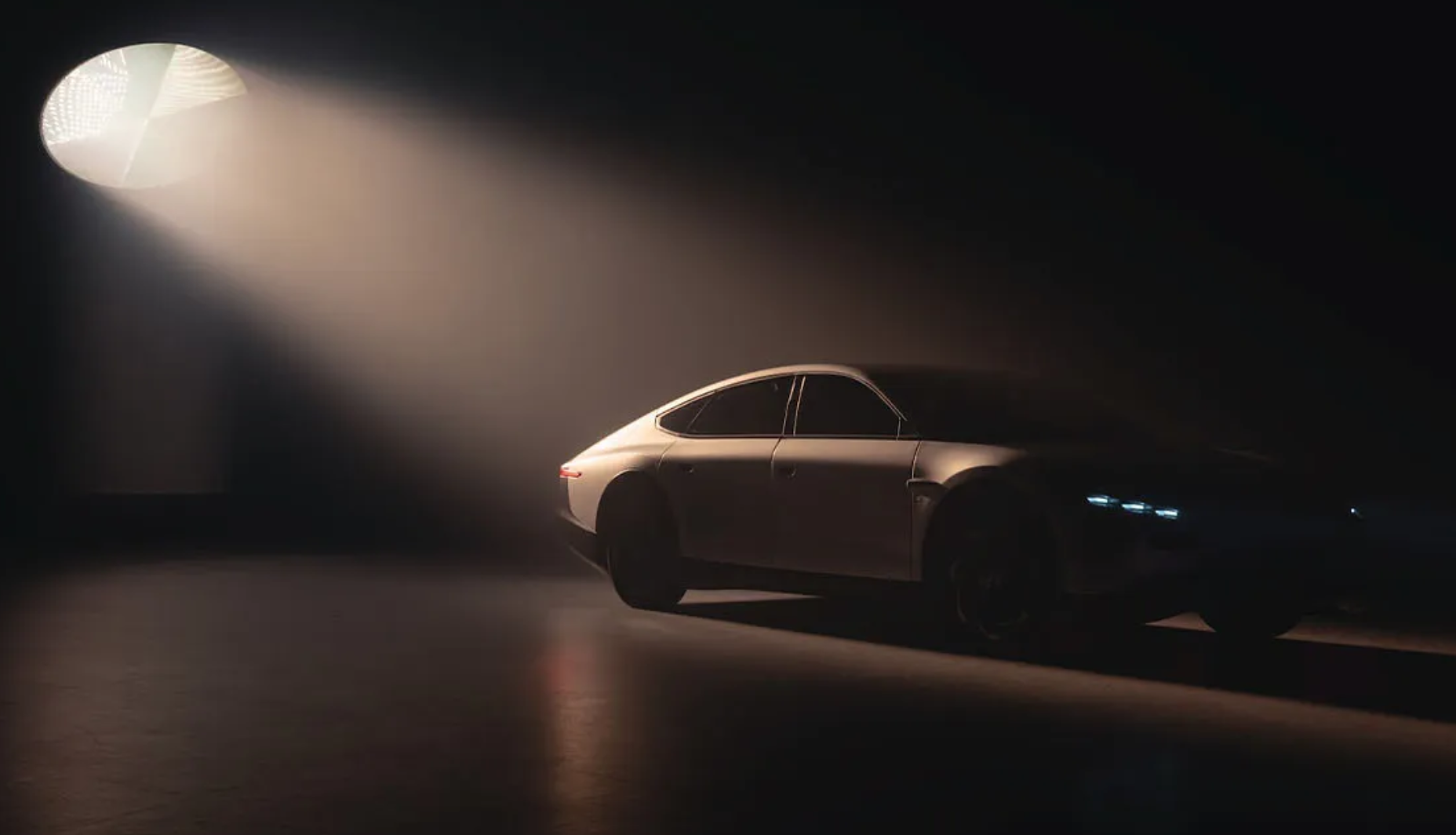 Is solar power coming into the automotive business too? The Dutch manufacturer Lightyear has rebaptized its One into 0 (zero) and is ready for launch. Meanwhile, at the Ford proving grounds in Lommel, the Belgian Agoria Solar team is prepared to attack the world record (most km in 12 hours) with their BluePoint Atlas.

During an online global premiere on Thursday, solar EV start-up Lightyear unveiled the final production-ready design of its first vehicle, the Lightyear 0, formerly known as the Lightyear One. After six years of development, the Lightyear 0 is available for order ahead of first deliveries this fall.

At the premiere, the company gave some final confirmed specs of this SEV (solar electric vehicle). Thanks to Lightyear’s patented technology, the Lightyear 0 has five square meters of double-curved solar panels. They provide 70 km of additional range per day, up to 11 000 km per year if properly used.

Its energy consumption is 10,5 kWh/100 km at 110 kph on the highway, providing a 560 km range. Charging at a standard household plug delivers 32 km per hour. This becomes 200 km every hour at a public charging station (AC) and 520 km in one hour with fast charging (DC). The solar panels deliver 1,05 kW (an additional 10 km) every hour. 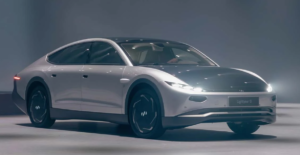 From One to Zero

But why the name change? Lightyear prefers the 0 as a symbol for its potential energy use during a (short) trip on solar power only. Co-founder and CEO Lex Hoefsloot comments: “Electric cars are a step in the right direction, but they have a scaling problem. By 2030, we can expect 84 million electric vehicles (EVs) on roads in Europe alone. There’s no hiding from it, access to charging stations will not keep up with the demand for electric cars.”

And he continues: “To minimize plug-charging and maximize range, the industry’s strategy, so far, has been to add batteries. But unfortunately, that increases the carbon footprint of production and, in turn, boosts weight and the need for high-power charging stations. Our strategy flips that approach. Lightyear 0 delivers more range with less battery, reducing weight and CO₂ emissions per vehicle.”

It’s an approach Mercedes-Benz is currently deploying with its Vision EQXX prototype, a lightweight and very aerodynamic sedan weighing less than usual and getting further in real driving conditions than any other BEV.

The Lightyear 0 is scheduled to enter production in Finland this fall, with the first deliveries expected in November 2022. From now on, one can configure a Lightyear 0 on the automaker’s website, starting at €250 000. However, Lightyear is only planning to produce 946 units of Lightyear 0.

A quarter of a million is, of course, a lot of money for a car, be it solar-powered, so Lightyear has already begun teasing a second SEV model designed for high-volume production that will start at around €30 000. That SEV, codenamed Lightyear Two, is expected to enter production in early 2025.

Meanwhile, on Sunday, 12 June, the Belgian Agoria Solar team will attack the world record of driving as far as possible in 12 hours with a purely solar-powered vehicle. The BluePoint Atlas record car has been developed and built by a student team at the University of Louvain.

They want to break the current record of 924 km in 12 hours, established by their big rivals, the solar team from the Technical University in Delft (the Netherlands). The attack on the record will occur at the proving grounds (more precisely on the ‘Highway’ test course of 6 km in length) of Ford of Europe in Lommel (north of Flanders).

After this record trial, the Belgian team will also communicate its plans for racing the solar car in the year’s second half. The press release comments that part of this is an entirely new challenge on unknown territory.