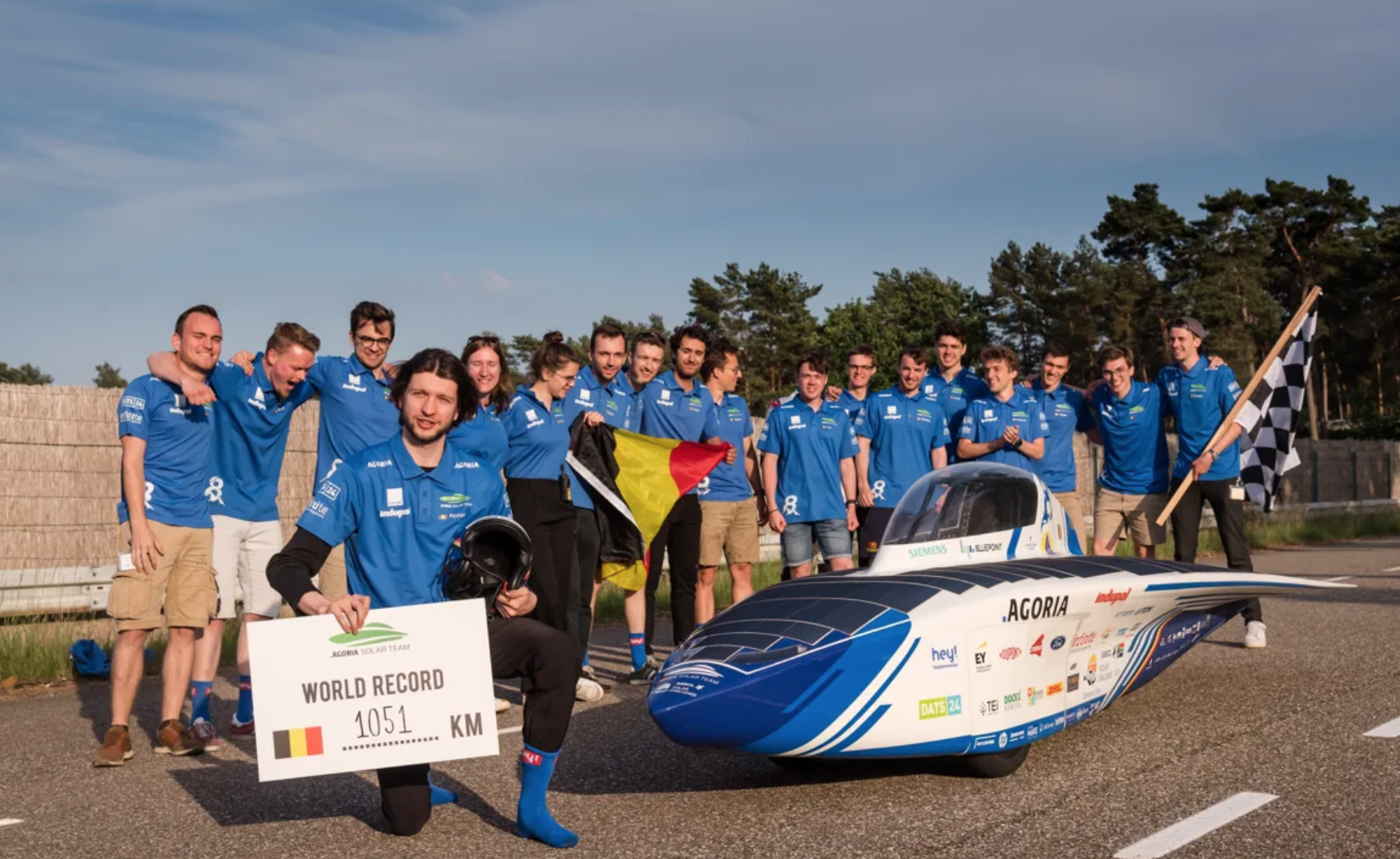 The Belgian Agoria Solar Team has beaten the world record of driving 12 hours continuously in trying to cover the longest distance ever for solar-driven cars. The University of Louvain student team developed their newest car, the BluePoint Atlas, to cover 1 051 km in 12 hours, at an average speed of 87,58 kph.

The previous record  (924 km in 12 hours) had been driven in 2020 by one of the biggest competitors of the Agoria Solar team, the team of students of the Technical University of Delft (the Netherlands). “We drove 1 051 km today; that’s 127 km more than the previous record of 2020. So it’s something to be very proud of,” says 21-year-old Tine Wildiers, the strategist behind the team.

The BluePoint Atlas is the ninth solar car of the team. A lot of effort has been put into the drag coefficient; that’s why the car now has a so-called bullet design. The new vehicle also has only three wheels, reducing friction with the road surfaces. To maintain stability, the two wheels are in front, and the single wheel sits at the rear (tadpole setup).

The vehicle measures 5 m by 1,2 m, with a 1-meter height. The total solar cell surface is 4 m2. The three-wheeler can reach a top speed of 150 kph and drive 700 km without real sunshine on a full battery. The entire solar panel of 292 silicon cells produces almost 1 kW of power.

The past year the whole team worked hard to improve the most recent development of their solar race car. A few innovations were added, but primarily the focus was on the reliability of all components. As a result, except for a flat tire, there were no incidents during the record trial on the 6,3 km long test road that is part of the Lommel Proving Grounds (north of Belgium), property of the American car manufacturer Ford.

“Our solar car has performed very well today,” said Zander Radelet (23 years, aerodynamics specialist of the team). “We tested almost everything thoroughly in advance. Now, we are sure that the car is also reliable enough for our next Challenge in South Africa.”

The next challenge for the team is the Sasol Solar Challenge in South Africa. It’s the first time for the Belgian squad that they will participate. The Challenge will take place from 9 to 16 September 2022, and the competitors will have to drive from Johannesburg to Cape Town. In 8 days, they will have to cover as many kilometers as possible on solar energy.

Student teams from all over the world are participating in this longest competition in the world. It’s evident that endurance (of the car and the drivers), reliability, and strategic skills will be of utmost importance in this exhausting race. 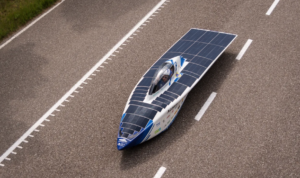 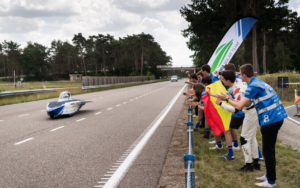 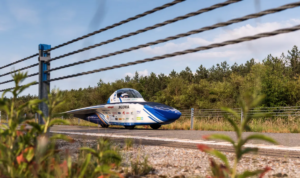