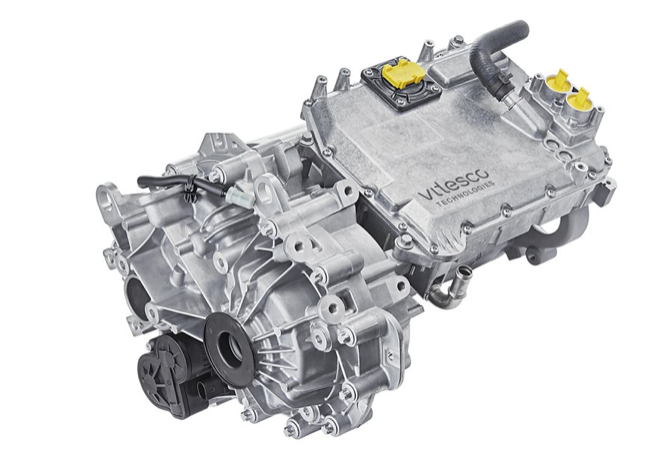 Vitesco develops a magnetless electric motor that weighs less and is more efficient at higher speeds. Will this be the game changer that makes EVs more economical at highway speeds? /Vitesco Technologies

At the 35th (EVS) Electric Vehicle Symposium in Oslo, German Vitesco Technologies, a spin-off from Continental, presented a new generation of electric motors. These no longer use a permanent magnet, but a second (controlled) electromagnetic field to bring the motor in motion. With this technology, far fewer rare earth metals are required for their manufacture.

A classic electric motor which today can be found in most electrically driven vehicles has permanent magnets in the rotor, which is the central part that rotates and is connected to the output shaft of the motor. Vitesco focuses on an ‘artificial magnetic field’ that requires less energy.

In a classic electric motor magnets have a north and a south pole and between the two a magnetic field. When current is passed through the (often) copper windings in the stator, the outer casing of the motor that is not rotating, a second magnetic field is created, causing the motor to move (rotate). The current thus ‘overcomes’ an existing magnetic field to generate kinetic energy (movement).

With the system proposed by Vitesco Technologies, the permanent magnets in the rotor are abandoned. The first (static) magnetic field is also generated using electricity, which means that the two magnetic fields can be tuned to each other much more efficiently in relation to the operating conditions.

In short, an artificial magnetic field is more refined, which results in lower energy consumption. The consumption advantage increases as the revs climb. Vitesco, which is a spin-off of Continental – a major manufacturer of electric motors for automotive applications – may have found a solution here to the consumption problem of electric cars at motorway speeds.

The idea is not new by any means as BMW is using a similar principle in its fifth-generation electric motors that are being integrated into the latest models.

An additional advantage of this type of electric motor is that one no longer needs rare ores for the magnets with which the classic electric motor is built. In this way, electric motors can be built in many more places and manufacturers are less dependent on shortages and the associated geopolitical tensions.

Last but not least, it is possible to reduce the weight of the drive units, which again is an advantage in terms of consumption.