WIzz Air to explore flying on hydrogen with Airbus 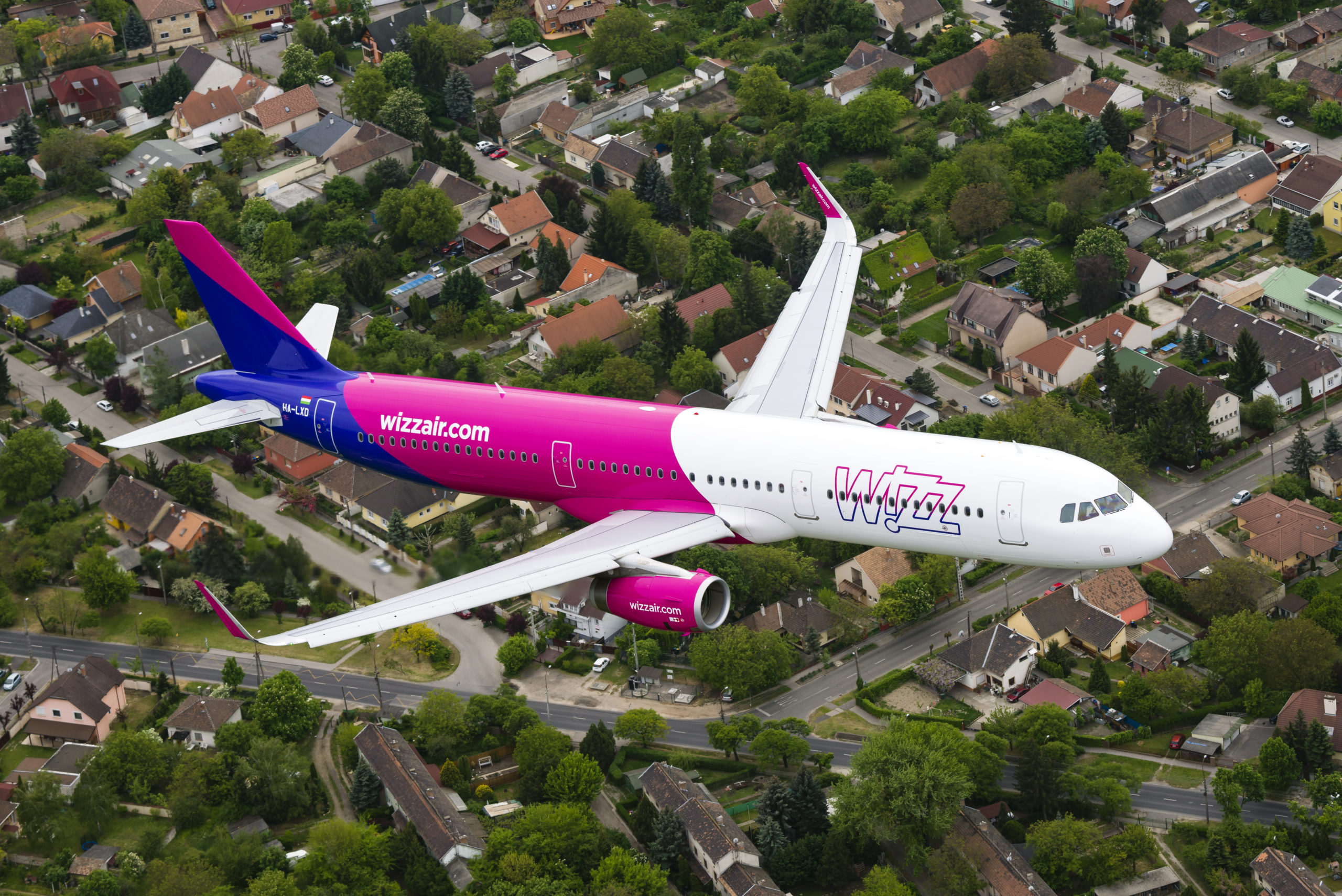 Hungarian low-budget airline Wizz Air will explore with European airplane builder Airbus all facets of flying ultra-low-cost on hydrogen. That includes the hydrogen aircraft, operations, infrastructure, the network, scheduling issues, ground bases, and airports. For this, it signed a Memorandum of Understanding (MoU) with Airbus that is to launch its hydrogen planes by 2035.

Wizz Air was founded in 2003 by the Hungarian national airline Malev, which itself went bankrupt in 2012. It focuses on no-frills aviation like Ryanair, but its emphasis is on Central Europe. In Belgium, it flies from Brussels South Airport in Charleroi, in the Netherlands from Eindhoven, Maastricht, and Groningen.

Youngest and greenest fleet in Europe

Wizz Air operates a young fleet of mostly Airbus A320 and A321 planes. It claims it has one of the world’s youngest and thus most efficient and sustainable fleets, saying if every airline in Europe would reach the same efficiency, CO2 emissions would be reduced by 34%. So it campaigns with the slogan ‘Fly the Greenest’ to persuade passengers to choose a less polluting airline.

“At Wizz Air, we remain ambitious with our growth strategy to deliver on our commitment to make travel affordable for all while delivering a great customer experience on board one of the youngest and greenest fleets in Europe,” says Johan Eidhagen, Chief People & ESG Officer at Wizz Air.

“This momentous agreement with Airbus will advance sustainable aviation across the globe through the development of ultra-efficient operations and business models of the future.”

Burning hydrogen instead of kerosine

In that light, the move to hydrogen seems logical, although airplanes tend to be thirty years or longer in service before being replaced, and Wizz Air’s fleet, on average, has at least another 25 years to go. But Airbus believes flying on hydrogen is feasible in the short term by changing the engines to burn hydrogen instead of kerosine.

For Airbus, there is no doubt battery-electric airplanes won’t be suitable for anything other than short distances, and burning hydrogen is the way to go. Airbus says it’s not too difficult to adapt the jet engines for burning hydrogen instead of kerosene. It’s a technique that has been used for years in rocket engines and satellites. The storage of the hydrogen is in this the main challenge.

Cooling to minus 253 degrees Celcius

Hydrogen provides three times more energy by mass than kerosene fuel. In practice, you would need only 9 tons of hydrogen to provide the same energy as 22 tons of kerosine for an Airbus A320. But as hydrogen delivers 3 000 times less energy by volume, you would need massive tanks unless you compress and cool it.

Hydrogen is a volatile gas, and in other words, you would need 3 000 liters of it to match the energy level of one liter of kerosine. An alternative would be to pressurize the hydrogen at 700 bars like in the automotive sector. This would slash the 3 000 liters to just six, Airbus says. But you can do better by cooling it to minus 253 degrees Celcius to become liquid. Then you only need four liters.

Today, an Airbus 320 for 150 to 165 passengers can carry some 27 000 liters onboard. The less-consuming NEO still burns up to 3 240 liters per hour. The fuel is stored in the wings and the center section. The wings have inner and outer tanks.

When storing hydrogen at -253°C, these tanks would still be voluminous, and maintaining such a low temperature requires particular technology. These so-called cryogenic liquid hydrogen storage tanks consist of an inner and outer casing with a vacuum in between. Specific material, such as an MLI (Multi-Layer Insulation), is used to minimize the heat transfer by radiation.

These tanks have been used for several years in different industries, including aerospace. Airbus says its involvement in the Ariane space project has greatly helped it gain insight. But there are significant differences. 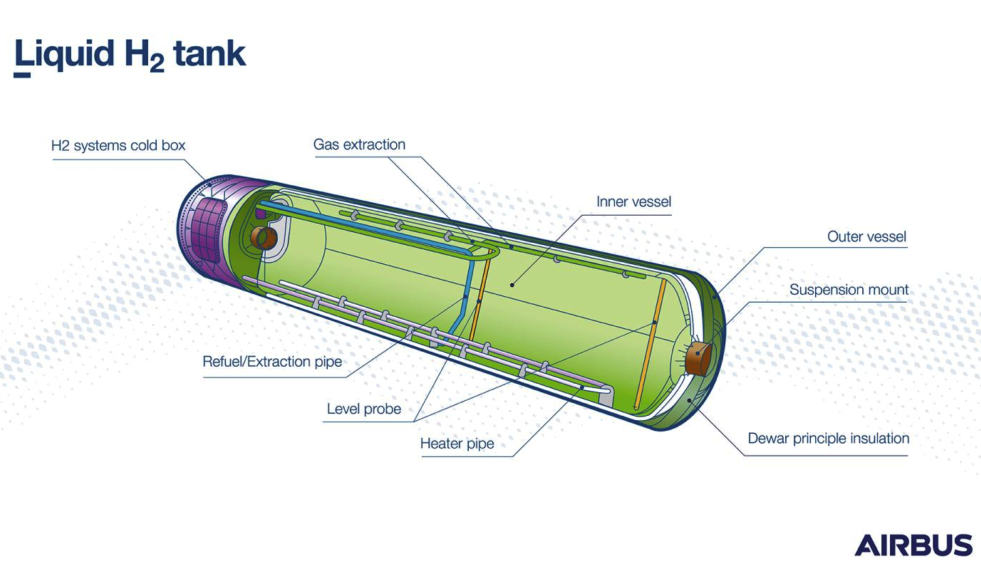 “Safety requirements are different than for space launchers, as hydrogen storage tanks for commercial aircraft would have to endure approximately 20 000 take-offs and landings, and would need to keep the hydrogen in the liquid state for much longer,” Airbus adds.

Several new research and development facilities across Europe have recently begun work on liquid hydrogen storage tanks for Airbus’s ZEROe concept aircraft. These so-called Zero-Emission Development Centers (ZEDCs) are located in Nantes, France, and Bremen, in northern Germany. They will focus on metal-skin tanks at first, but tanks made of composite materials are the next phase.