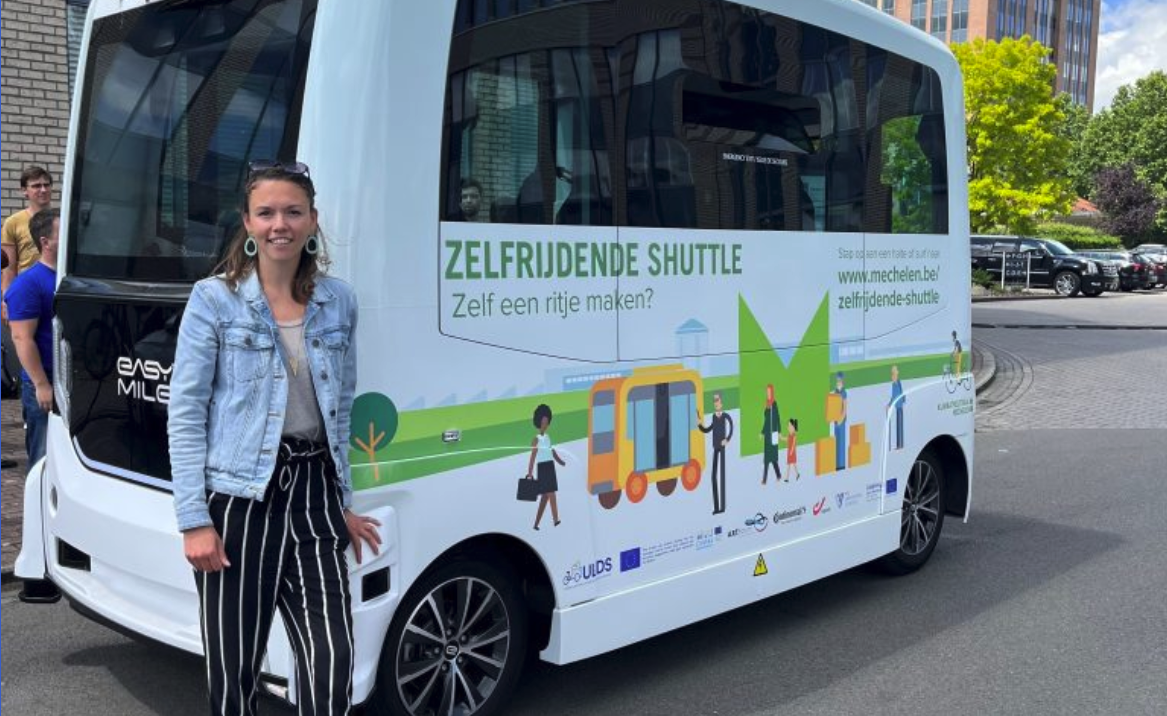 The self-driving shuttle bus will be operational in and around the industrial zone of Mechelen North and cover a 2,5 km loop in fifteen minutes /openvldmechelen.be

Flanders has launched its first autonomous shuttle service in Mechelen. The vehicle will be operational in and around the industrial zone of Mechelen North and cover a 2,5 km loop in fifteen minutes. The top speed is about 15 km/hour. Although a driver is unnecessary, the shuttle still has a steward on board, just for safety reasons.

The electrically powered shuttle bus can seat up to eight passengers and even is adjusted for wheel-chair-users. It can simultaneously transport mail and parcels for bpost. Employees of neighboring companies can hop on at several stops along the loop and cover the last mile to their job.

“The project is a Flanders’ first,” says Domien Stubbe, project leader at VIL (Vlaams Instituut voor Logistiek), the Flemish innovation platform for logistics. “It’s the first time we test it in Belgium on public roads.”

Earlier, we saw pilot projects on the airport in Zaventem, on the site of the Brussels Lion’s Mound, and at the Caves of Han-sur-Lesse, but this time the shuttle really mingles with cars, cyclists, and pedestrians.

According to Vicky Vanmarcke, Alderwoman for Mobility in Mechelen, the project gives a foretaste of the future’s mobility. “The technology for self-driving cars and shuttles is evolving rapidly. Some cities abroad already have launched spectacular initiatives, like self-driving taxis.” Mechelen clearly doesn’t want to lag behind.

The new shuttle in Mechelen is a product of the French EasyMile. The pilot project in Mechelen will run until the beginning of August and is accessible during the test phase between 11 a.m. and 6 p.m. The project cost 140 000 euros and is mainly subsidized by Europe and Flanders.