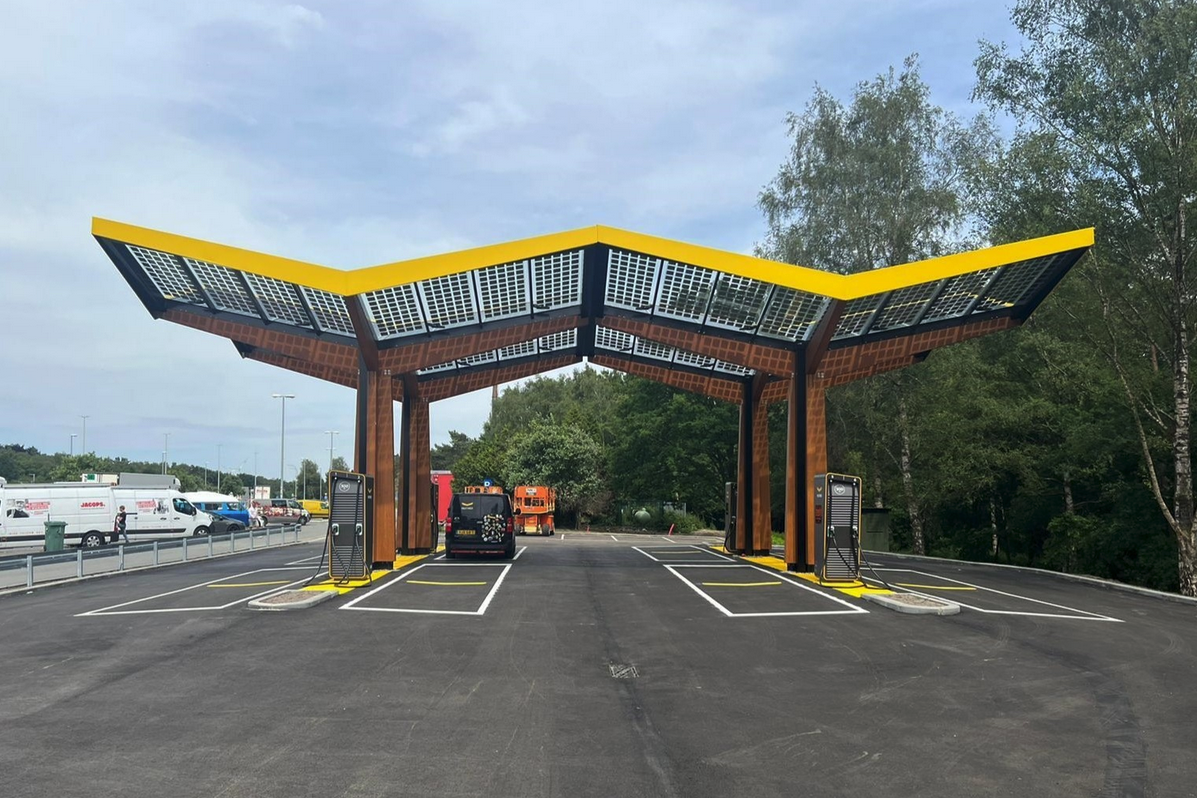 Dutch fast-charging company Fastned has ambitious plans to double its network in Europe from 207 today to 400 by 2024 and round the cape of 1 000 before 2030. That would require 100 new stations a year, compared to 60 now. And an extra 50 to 75 million euros to invest in the first step.

On its ‘Charging Day’ on Tuesday, it showed the opportunities it sees in expanding the network beyond the countries it entered so far due to estimations of the EV fleet in Europe to expand 4-fold by 2025. After years of accumulating losses and losing 24,6 million euros on a turnover of 12,4 million last year, Fastned expects a positive gross operating profit next year.

Making a profit wasn’t Fastned’s first goal so far and isn’t yet, CEO and founder Michiel Langezaal repeated on Tuesday. Growing is crucial to be ready to serve the booming fleet of EVs, especially in the countries where most of them are sold. Figures from 2019 to the first quarter of 2022 show a steady growth in all the markets the company is already present. 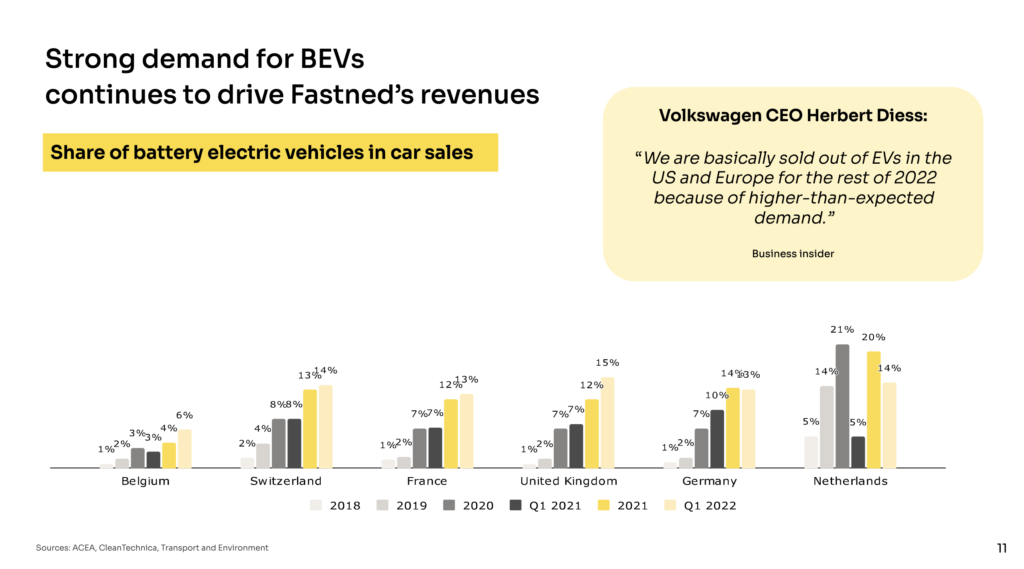 Fastned counts on the growing need for fast-charging as more people who can’t charge at home or work are buying EVs. Predictions from McKinsey, Boston Consulting Group, and ChargeUp Europe foresee DC fast-charging to become 31 to 31% of the market, with home charging between 49 and 65%, compared to up to 90% in 2020. Public AC charging up to 11 kW would be between 5 and 19%, depending on who’s predicting.

The Dutch company is focusing now on further expansion, preferably along major highways in Europe with high visibility and new facilities for the users. The Belgian latest station in Brecht will be the first to get a Fastned coffee and snack shop in autumn 2022.

After many years of a legal battle in the Netherlands, Fastned was allowed by the Court in 2021 to install shops and toilets at its charging stations along the highways. The Dutch government denied Fastned that right for years to protect its contracts with regular fuel stations in which exclusivity is promised.

The Court of The Hague ruled that the State, being the landowner of all service areas along the Dutch highways, cannot deny Fastned the right. This violates the European Services Directive, which guarantees the freedom to provide services.

Fastned opened its biggest charging station in Belgium last week, on the E19 highway in Brecht, halfway between Antwerp and Breda. It allows eight cars to charge simultaneously at 300 kW chargers.

The station is implanted at the existing parking, just before the exit Brecht, in the direction of Breda. It’s complementary to the Fastned station Hazeldonk, some 25 km further across the border of the Netherlands.

With the latest opening, the Dutch charging provider has 13 stations operational in Flanders and 22 others under construction. The Flemish road and traffic agency, Agentschap Wegen en Verkeer (AWV), owning several parking spaces along the highways, has made several locations available to construct charging stations with support of the European BENEFIC project.

Fastned has won several tenders in the countries it’s active today, with dozens of stations yet to build in the coming years. It intends to expand its existing fast-charging stations in time from four to six and even eight chargers per station.