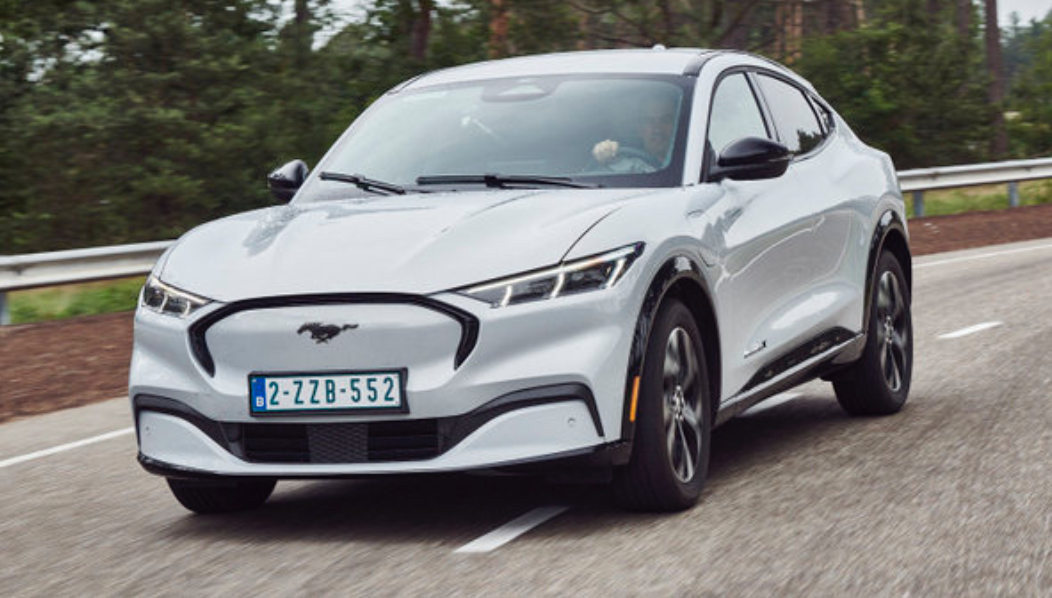 In the US, Ford will recall some 49 000 Mustang Mach-E EVs for a possible battery problem. As a result, the manufacturer has asked its dealers to temporarily stop the delivery of new orders. The measure will also apply to the cars delivered in Europe.

Meanwhile, Ford is facing a more significant problem: due to the soaring prices for raw materials, it isn’t making money on its EVs, including the very popular Mustang Mach-E. That’s what Ford CFO John Lawler declared on Wednesday at a conference organized by Deutsche bank.

“A fast charge with direct current and repeated throttle manipulations for superfast accelerations can cause the overheating of the master switches in the battery pack,” says the manufacturer’s press release. “Such an overheated switch may lead to a sudden motricity loss and heighten the risk of an accident,” the statement continues.

The problem can be resolved by an over-the-air (OTA) update of the steering software, and Ford foresees rolling out this update as soon as possible. The same measures are taken for people driving a Mustang Mach-E in Europe. Most probably, the dealers will quickly receive instructions until the OTA update occurs.

Last year, Ford was the biggest EV seller in the US after Tesla. The Mustang Mach-E sold more than 27 000 times in 2021, and for this year, sales already rose by another 50%, with May being the best sales month since the car’s introduction.

The American number two has recently emphasized its plans to accelerate electrification and has started delivering the first new electric F-150 pickup EVs called Lightning. But, unfortunately, this technical hiccup arrives at the wrong moment.

Not the only one

It’s not the first time that US manufacturers, among others, are facing production problems for their new EVs. General Motors had to stop its Chevrolet Bolt production for months not so long ago due to battery problems with the LG-made battery. Another (start-up) manufacturer, Rivian, has issues ramping up production after launching its first vehicle at the end of last year. It has led to the end of the deal Ford and Rivian had made to manufacture EVs together.

The problem with EVs seems to be present worldwide, and the semiconductor shortage plays its role in it. While established OEMs seem to be struggling to adapt their production systems to EV assembly, start-up EV manufacturers are usually confronted with financial stresses or teething problems with their newly conceived vehicles.

A bigger and probably longer-lasting problem is the price of raw materials for the battery. They have been soaring lately, and Ford’s CFO John Lawler yesterday warned that some of Ford’s EVs have become unprofitable unless the price tag is severely increased.

Ford still sees possibilities in reducing the cost of production but will, in the end, be obliged to raise list prices. According to Lawler, the production cost of a Mustang Mach-E is some $ 25 000 higher than that of a comparable SUV with an internal combustion engine.

Ford announced earlier that it will invest over $ 50 billion in the development of EVs and wants to assemble already two million of them by 2026. It has also decided to separate the electric car business into a dedicated e-business unit. “But the ultimate goal is, of course, to make money with it,” Lawler concludes.