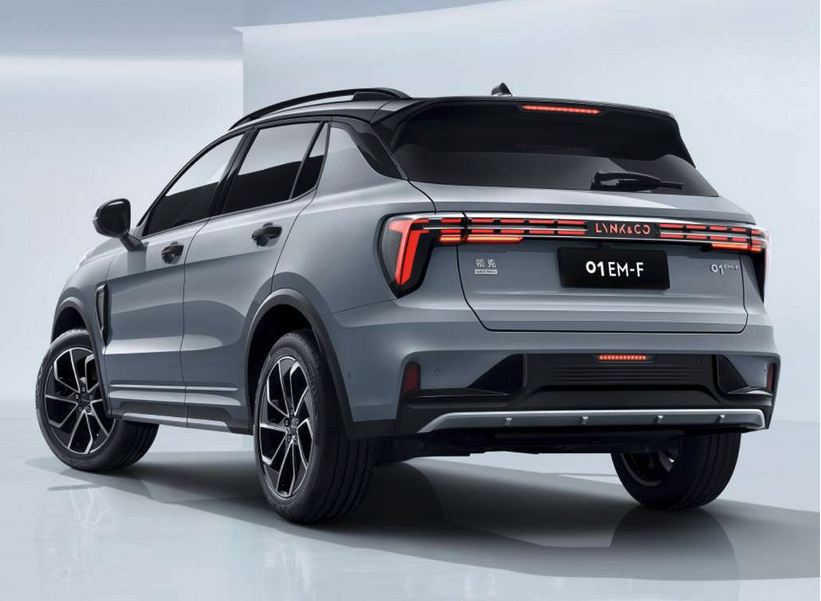 The redesigned Lynk & Co 01 with its wide taillights looks quite refreshing, but is reserved so far for the Chinese market /Lynk & Co

The facelift of the Chinese Lynk & Co 01 SUV with its prominent redesigned tail lights won’t make it to Europe. The latter was confirmed by the new Benelux PR manager. So for the 120 000 ‘members’ the Volvo-Geely car brand has today in seven European countries and the 16 000 cars delivered, nothing will change shortly.

For a fully electric version to replace today’s PHEV, the wait is until 2024. And it won’t be some clone of the Volvo XC40 Recharge, as some Dutch magazines wrote, but based on an entirely new EV platform, CEO Alain Visser confirms.

Lynk & Co uses an entirely different business approach in China, with a whole range of models with combustion engines and hybrid technology. In Europe, only the 01 PHEV is offered. It started in Sweden, followed by the Netherlands and Belgium, and four other major markets later with Germany, Spain, France, and Spain. According to British media, the UK is next in 2023.

Asked by Newmobility.news, the (Belgian) CEO Alain Visser based in Göteborg, Sweden, confirmed his team has already signed up 120 000 ‘members’ and delivered 16 000 cars in these countries. That means the number of members quadrupled from 30 000 in November 2021, when we interviewed the CEO on the logistic problems threatening Lynk & Co to become a victim of its success.

Some 1 000 cars delivered in Belgium

In the Netherlands, 5 300 Lynk & Co 01 PHEVs are already delivered; in Belgium, close to one thousand, the PR manager specifies. Of them, an average of 10% is actually ‘sold’, and the other 90% are ‘rented’ in the unique monthly subscription service at €500 all-inclusive the brand is offering.

Not all 120 000 ‘members’ have a car on their driveway, as people can join free to be able to ‘sub-rent’ the car from family, friends, or other L&Co club members through the company’s app. This business model differs entirely from China, where the vehicles are built, and no subscription option is offered, as the Chinese still prefer to own a car as a status symbol.

In China, Lynk & Co presented this week a facelift for its 01 SUV, which is already on the market there for six years, but only recently – from late 2021 – in Europe. The main visible differences are on the rear, where the tail lights are redesigned and span almost the whole width of the vehicle. Pictures show a two-tone interior becoming an option.

The tailpipes from the combustion engine are no longer visible. It still has an ICE, though, as it’s the HEV (classic hybrid) version of the 01, with the new hybrid powertrain and called 01 EM-F. A new plug-in version, called 01 EM-P, is yet to be unveiled.

This new hybrid technology is called Lynk E-Motive, based on Geely’s Leishen hybrid platform. That would allow PHEV versions with pure electric ranges of 60, 100, 150, and 180 km, depending on the battery’s size. According to Chinese media, Lynk & Co is planning to launch a 180 km range version first.

The E-Motive technology debuted in the rather spectacular concept car Lynk & Co showed in China the week before, called ‘The Next Day’. The latter is a four-door GT model with butterfly doors and a diamond-style-shaped glass dome extending almost to the car’s rear.

Don’t expect it to be available in Europe any soon as its ‘Next Day’ nametag suggests, as it is a somewhat futuristic view of what could become possible in the vision of the multi-national design team. But the E-Motive technology is there to make it into several following brand models. A fully electric Lynk & Co for Europe will materialize, but not before 2024.