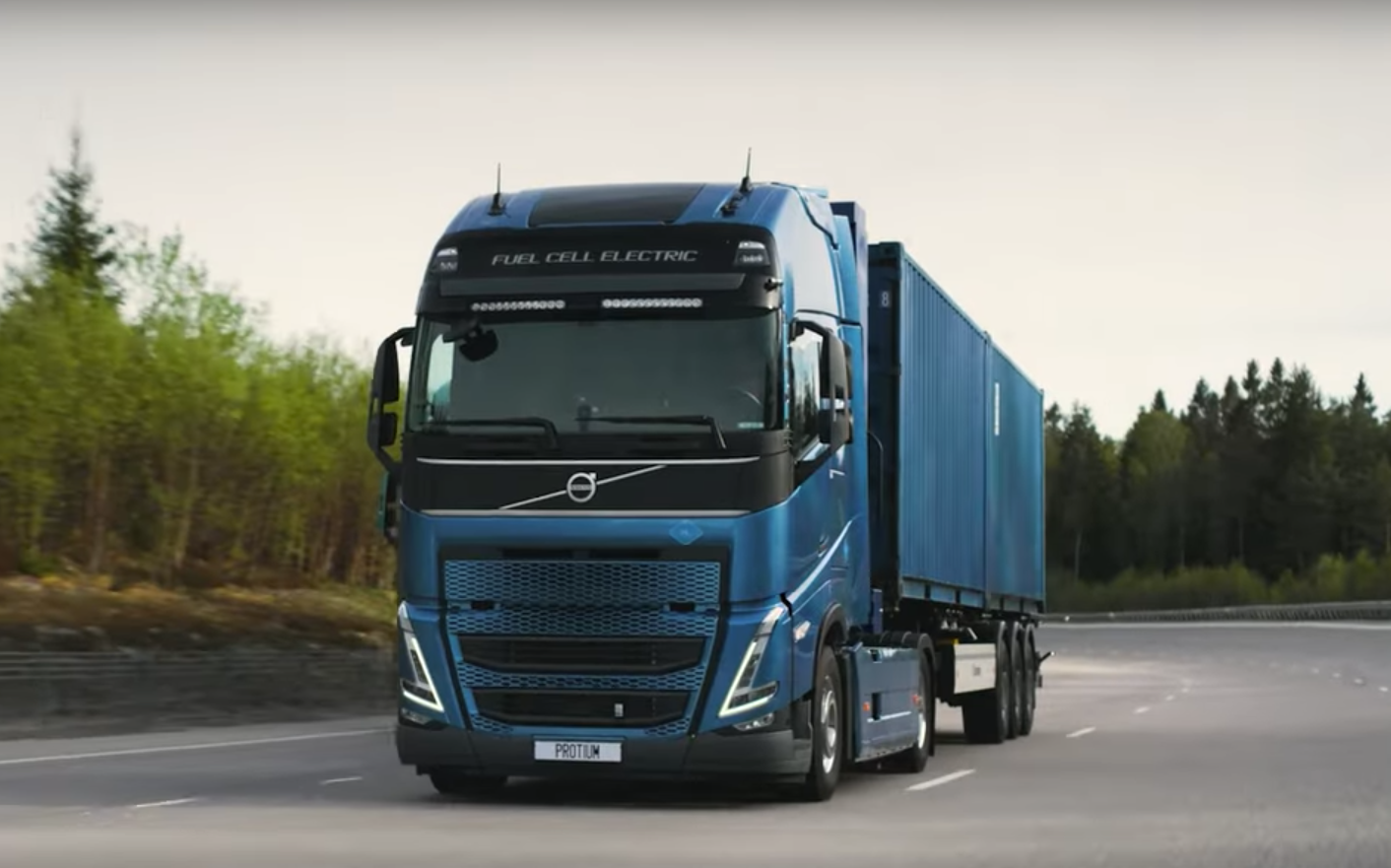 Swedish truck builder Volvo Trucks has unveiled its first heavy-weight fuel cell electric truck with a range of more than 1 000 km and two 300 kW generating fuel cells on board to handle up to 65 tons of weight. Refueling takes only 15 minutes as a regular diesel truck.

Cellcentric will provide the fuel cells for this truck, the joint venture parent company Volvo Group (no longer linked with Volvo Cars) set up with Daimler in March 2021. They envision mass production of fuel cells for trucks as soon as 2025. Volvo’s FCEV truck will start testing at select customers in the following years and will be readily available in the ‘second half of the decade’.

Like its German peer, Daimler Truck, Volvo is betting on battery-electric and hydrogen trucks. The first is best suitable for shorter distances between cities with possibilities for overnight charging. Hydrogen trucks come into the picture for the long-haul and 24/7 operation when there is no charging infrastructure or time to charge.

“The combination of battery-electric and fuel cell electric will enable our customers to completely eliminate carbon dioxide exhaust emissions from their trucks, no matter transport assignments says Roger Alm, President of Volvo Trucks.

“We expect the supply of green hydrogen to increase significantly during the next couple of years since many industries will depend on it to reduce carbon dioxide. However, we cannot wait to decarbonize transport. We are already running late. The fuel cell trucks will be an important complement for longer and heavier transports in a few years.”

Cellcentric, the joint-venture, wants to set up a factory called KLIMA|WERKS in Weilheim an der Teck, some fifty kilometers south-east from Stuttgart, and is currently setting up consulting rounds with the local population in the process of getting a building permit.

In a press release, both parties stated that “the goal is to start with customer tests of fuel-cell trucks in about two years and to be in series production of fuel-cell trucks during the second half of this decade. All vehicle-related activities are carried out independently from each other. Both companies remain competitors in all vehicle and product ranges, particularly in fuel-cell integration solutions for all products.”

It’s up to the customer to choose which truck he prefers, Mercedes-Freightliner or Volvo-Renault, Daimler Truck CEO Martin Daum said. “We are only working together on the heart of the powertrain.”

Volvo Trucks already has several all-electric heavy-duty vehicles in its portfolio with the FH, FM, FMX, FE, and FL. Instead of importing the battery packs, the company assembles packs with cells supplied by Samsung SDI in-house near the site in Ghent, Belgium, where the trucks are built.

In 2019, Volvo’s first zero-emission truck production was set up, but with adoption expanding, the portfolio is growing this year with three additional badges. Volvo started taking orders for those trucks at the beginning of May and will deliver them in the fourth quarter of 2022.

Daimler Truck’s heavy-duty hydrogen truck, the Mercedes-Benz GenH2, was presented as a prototype in September 2021 and started actual testing on the circuit in April of last year, preparing for road tests.

The fuel-cell truck must meet the same durability requirements as a conventional Mercedes-Benz Actros. This means 1,2 million kilometers on the road over a period of ten years and a total of 25 000 hours of operation.

Daimler Trucks aims with its GenH2 truck at a range of at least 1 000 km without refueling. Customer tests are expected to start at the beginning of 2023, with the first series-produced GenH2 Trucks delivered in 2027.