Greenpeace: earlier ICE phase-out by EU would save €635 billion 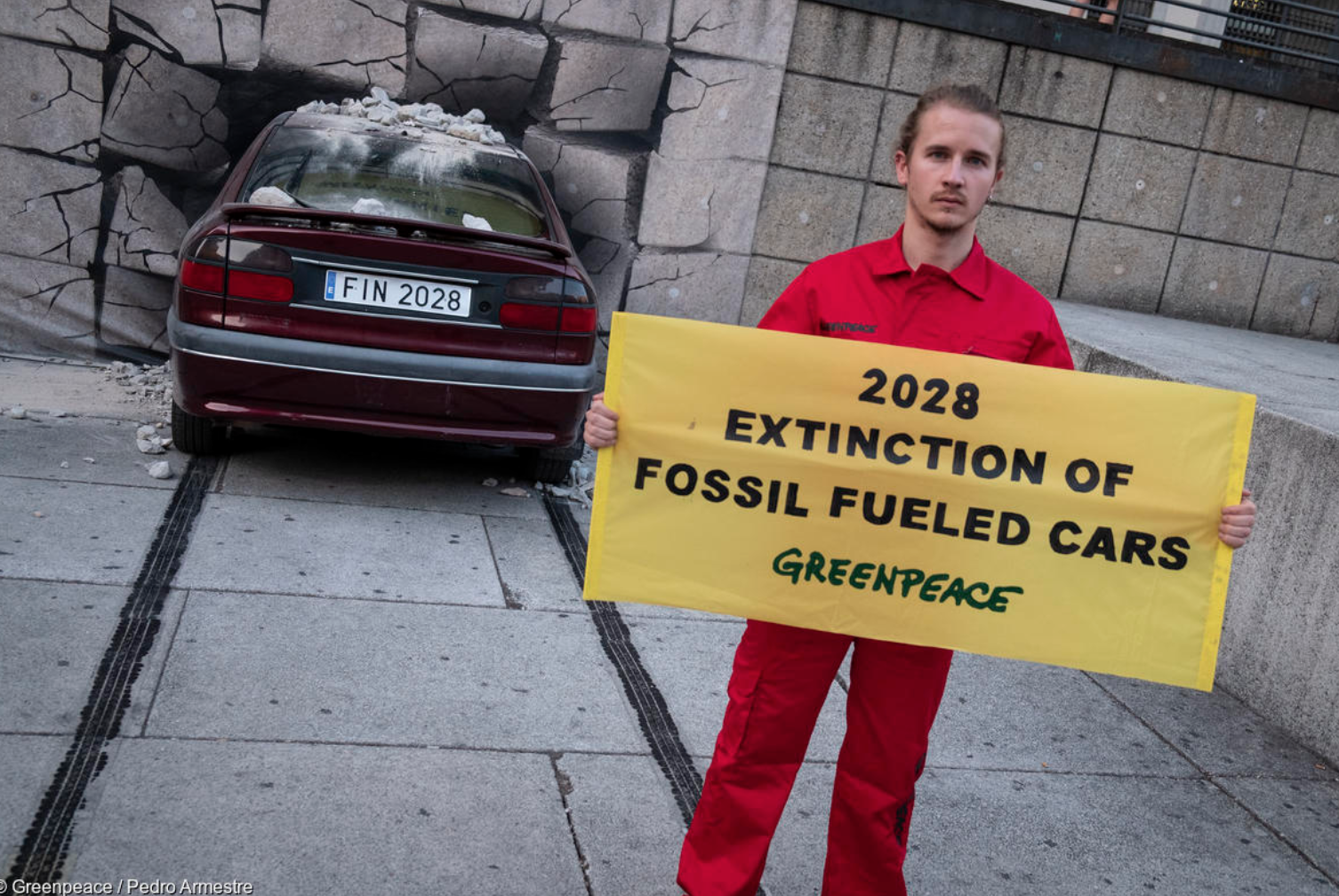 An earlier EU phase-out date for cars and vans with internal combustion engines would net significant savings for European drivers and hugely reduce greenhouse gas emissions, according to new calculations by Greenpeace Germany.

“An end to sales of new gasoline, diesel, and hybrid cars in 2028 would reduce oil use enough to save drivers €635 billion by 2049 compared to the EU Commission’s current proposal for a phase-out in 2035 and would reduce CO2 emissions by an additional 1,7 gigatons – equivalent to Russia’s entire emissions for a year,” says the Greenpeace press release.

Greenpeace also made the same calculations for a total ban in 2030. “A phase-out of internal combustion engine cars in 2030, a position already supported by several EU governments, would save €460 billion in fuel costs and reduce CO2 emissions by 1,2 gigatons by 2049 compared to the European Commission’s proposal.”

Greenpeace Germany states that its calculations on the potential savings for drivers are conservative, based on fuel and electricity prices before the spike caused by Russia’s invasion of Ukraine. The calculations also show the potential for national savings on fuel costs, and CO2 emission reductions, for Austria, Denmark, France, Germany, Italy, Luxembourg, the Netherlands, Slovenia, Spain, and Sweden.

“Transport in the EU is desperately dependent on oil, which is a disaster for the climate and people’s wallets,” says Lorelei Limousin, Greenpeace EU transport campaigner. “A huge amount of the oil burned in the EU comes from repressive countries – a quarter from Russia – where the money Europeans pay at the pump ends up funding war and human rights abuses.”

“Environment ministers must speed up the phase-out of oil-burning cars because the climate can’t afford to wait longer, and drivers can’t afford the prices,” she concludes.

Greenpeace is calling for an end to sales in the EU of new cars and vans with internal combustion engines in 2028, in line with the EU’s contribution to the Paris climate agreement’s goal of limiting global heating to 1,5°C above pre-industrial levels and avoiding the worst effects of climate change.

According to the EU Commission’s statistics, vans (light commercial vehicles) and cars account for 14,5% of CO2 emissions: 2,5% is due to the vans, 12% to the individual cars.

EU environment ministers are due to decide on a joint position on the ban of new fossil-fuelled cars and CO2 targets from 2025 when they meet on 28 June. Governments such as Germany and Spain back the EU Commission Commission of a 2035 phase-out, backed by the European Parliament in a vote on 8 June. Other EU countries, including Luxembourg, the Netherlands, Denmark, and Belgium, have supported a phase-out by 2030.

However, Greenpeace also points to the fierce lobbying of parts of the industry in this respect. “In recent months, car lobby and fossil fuel groups have lobbied heavily against a ban on internal combustion engine cars and for introducing CO2 credits to carmakers for the use of synthetic fuel that would further weaken the regulation and the outcome of the Council,” Greenpeace comments.

“The French and the German car industries have already slammed the 2035 date after the Parliament vote earlier this month,” Greenpeace deplores.